Beta-cryptoxanthin is an antioxidant found in citrus fruit, apples and egg-yolks. It plays a pivotal role in the prevention of dementia; it's in papaya and butter too.

It is a carotenoid along with lutein and zeaxanthin, all known for their ability to protect the brain from aging; what scientists call oxidative-stress. They help mop up dangerous free radicals that cause cell damage.

BC belongs to a class of carotenoids known collectively as xanthophylls; it is twice as effective as its cousins in helping to guard against age-related dementia. 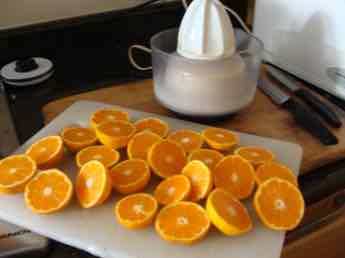 Researchers followed a group of people for 16 years looking for foods that gave protection against dementia. All three of these carotenoids reduced the risk, but beta-cryptoxanthin was doubly powerful.

Unfortunately but not unexpectedly, they found little benefit from supplements of beta-cryptoxanthin in preventing dementia; we have to get it from our food.

"Consumption of beta-cryptoxanthin and other carotenoids leads to the hypothesis that inhibition of oxidative damage might have beneficial effects on preventing dementia."

Beta-cryptoxanthin is an important carotenoid in fruit; it can be converted into retinol, also known as vitamin A.

Thus beta-cryptoxanthin is called provitamin A.

Of equal concern is that half a million children become blind every year due to a deficiency of vitamin A. It also gives protection against malignant lung tumours.

Since beta-cryptoxanthin from supplements has little value, let us consider the best sources of this provitamin A from food.

An important consideration is that these fruits are also high in sugars that will raise blood-glucose. Interesting research shows that a short walk after a meal high in carbs will prevent this.

Citrus is one of the best sources of beta-cryptoxanthin not only in the juice but also the pulp and the zest too. Optimally we should enjoy a wide range of these foods on a daily basis; a grapefruit for breakfast and an orange midmorning instead of a cola would be perfect. Add to that a lemon and olive oil dressing on a salad then you will have complete protection.

As a general rule more than half the nutrients in an orange or lemon are found in the pulp. We are short-changing ourselves by using the juice only.

And of course citrus is a rich source of another antioxidant, vitamin C. However the research shows that from tablets it too does not help against dementia; but from the fruit it probably contributes to the work of beta-cryptoxanthin.

These compounds work in harmony with each other; and there are almost certainly others that still have not been isolated and recognised for their role in preventing Alzheimer's disease and its cousins.

"This study provides Class II evidence that incident all-cause dementia was inversely associated with serum lutein, zeaxanthin and BC levels."

It's no myth than an apple a day keeps the doctor away; there is a plethora of research proving that it helps protect us against lung dysfunction, raised cholesterol and now dementia too. Beta-cryptoxanthin is but one of many active phytonutrients in this wonderful fruit.

Apples are also an excellent source of pectin, the fibre that greatly aids the friendly bacteria in the gut known as the microbiome. There is strong research too that probiotics such as kefir reduce the pathogentic E. Coli that have been fingered in dementia.

This apple salad is a gem.

Every family should know how to make kefir; it's the simplest and cheapest of the probiotics. It is also an excellent source of calcium.

Food fashions just like those with clothes are so bad that we have to change them every year. One day egg yolks are strictly verboten, high in cholesterol, the next the heart association and neurologists are recommending we eat them regularly.

The beta-cryptoxanthin in egg yolks is one of the reasons. The choline of course is another; it too has a role in reducing dementia by breaking down toxic homocysteine, an amino acide metabolite.

There's nothing simple about nutrition. Literally tens of thousands of complex chemical reactions are continuing all the time in the well-tuned body; they absolutely require a rich and varied diet for all these compounds.

Free range eggs have been shown to be far richer in omega-3, for example, and many other compounds from hens that are also able to enjoy a wide and varied diet.

Butter too is another food that has been subjected to fashion. Margarine of course is completely and permanently down and out because of the toxic trans fats. A very large meta-analysis of all the research proves that our friendly dairy spread should never have been sent to Coventry; except perhaps for those with known heart disease.

Cholesterol from your food barely affects the levels in the blood; it's the refined carbs that do that damage.

So butter is back.

Papaya is another of the brightly coloured fruits that is rich in this very important phytochemical. But it is high in natural sugars so needs to be eaten in moderation by the obese and diabetics; keep the glycemic load down.

Take a short walk after the meal.

Lutein and zeaxanthin are definitely not the poor cousins of beta-cryptoxanthin; they are the two phytochemicals that help prevent another equally serious disease of the elderly. Adult onset blindness due to macular degeneration is large preventable by eating foods rich in these substances.

Interestingly the optic nerve that supplies the eye is actually considered to be part of the brain, so in some ways blindness is strongly related to dementia.

Dark green leafy vegetables are the richest source, with kale taking the laurel; peas, corn on the cob and the family of squashes too.

Chaote squash and butternut are two of our favourites. 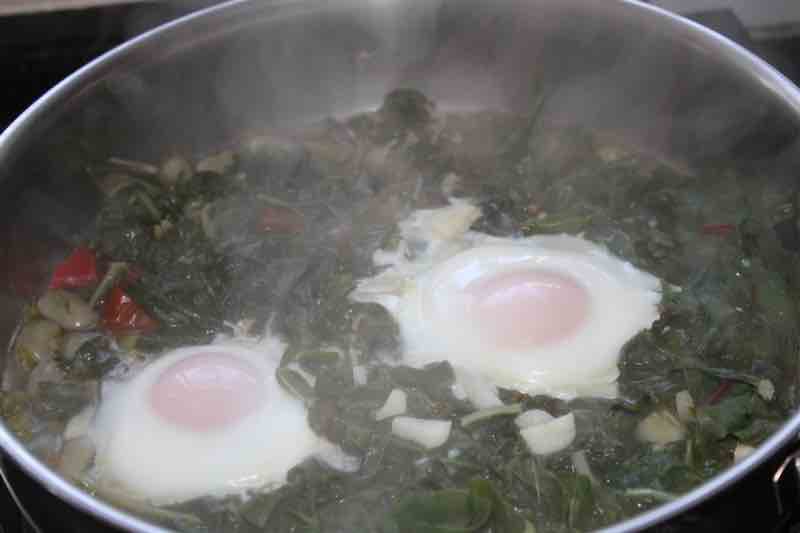 There are many types of dementia but it's important to remember that it's the decline in memory that is critical. If you once could follow recipes but no longer are able to, that is of serious concern. Forgetting someone's name and remembering it later is quite normal.

Whilst Alzheimers accounts for the great majority of cases, Parkinson's disease and even a B12 deficiency are other causes of dementia.

Our solution to this conundrum is what we call Eggs Parkinson's disease that we enjoy for breakfast for much of the year. It is a great source of beta-cryptoxanthin and vitamin B12, but also is rich in another important phytochemical called L-dopa in the broad beans.

L-dopa is the precursor of dopamine; a deficiency of this neurotransmitter is the cause of Parkinson's disease. 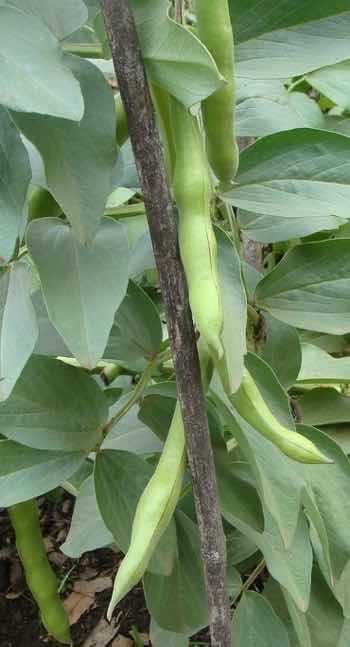 It is almost impossible to purchase broad beans, the only common source of L-dopa; you have to grow them yourself. Enjoyed freshly-harvested the young pods are a delicious legume, also rich in vegetable protein.

It's interesting that Blue Zone longevity points strongly to broad beans in the diets of all five of these fascinating parts of the world.

How to plant broad beans is not difficult.

There are still many calls for a low animal-fat diet; that would mean no butter or egg yolks, two of the rich sources of beta-cryptoxanthin. It is in part because cardiovascular disease is strongly associated with dementia.

It is our understanding that strictly limiting the refined carbohydrates like sugar and cake flour would be far more beneficial in helping prevent dementia than cutting out butter and eggs from our diets.

The ketogenic diets would also likely lead you to limiting many of the carbohydrate sources of beta-cryptoxanthin. That would also reduce good sources of fibre for the microbiome.

It is our contention that diet is a dirty four-letter word. Research shows that none of them work. Rather we follow the dictum of Hippocrates; let your food be your medicine. So we eat many coloured vegetables and fruit even though they are rich in starch, and are not afraid of eggs, cream and butter.

Then you can be absolutely assured of a plentiful supply of the phytochemicals like beta-cryptoxanthin that our bodies demand for a long and healthy life.