The subject of choline food sources is important for all of us; there is no formal RDA as it's dependent on what else you are eating, but there are strong suggestions we are getting far too little; with serious-consequences.

The average American eats about 300mg, less than half the recommended amount.

One of those consequences is silent fatty liver disease; another is spinal-cord defects in newborn infants. It seriously affects memory too. 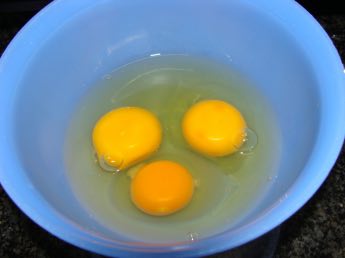 This page was last updated by Bernard Preston on 8th August, 2021.

Fatty-liver disease is in the main induced by sugar, alcohol and oils, not surprisingly. Many of us are having far too much of all three which is why it's suspected that one in five Americans are living with this silent illness.

When the liver starts to fail it releases certain toxic-enzymes called aminotransferases that can be detected in the blood.

Its fascinating that white mice living with induced fatty-liver from these three excesses get complete protection when given supplementary choline.

What's really interesting is that when pregnant rats are fed three times the normal choline, their offspring never get Alzheimer's disease; the neurons in the brain are developing especially in utero and during the first four-years of life. This vitamin is obvious very important, and we are all getting far too little, especially if we're into booze and refined carbs.

Choline is normally considered one of the B-complex. It's not been given a number. An absolute minimum is around 500mg per day, but that is a thumb suck; it is totally dependent on what else you are eating and drinking. Some authorities reckon we should be doubling that figure.

That figure comes from one small study which shows that men given 500mg per day did not get the spillover of these enzymes from the liver; optimal wellness certainly demands more choline than that.

Food deficient in choline in one experiment produced fatty-liver in 90 percent of the participants. It's a very serious and often terminal illness.

Choline, folate and vitamin B12 are absolutely vital for the breakdown of homocysteine in the blood. If you are also deficient in these others as well, then it's game, set and match.

Choline food sources include many edibles like meat, eggs, greens and wholewheat; we just don't get enough of them or more likely a wide enough spread. 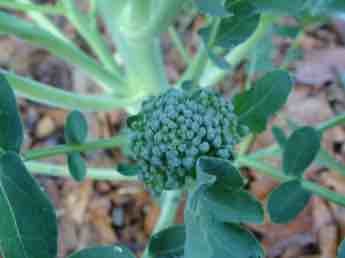 We like the branching form of broccoli which goes on producing florets like this for months; it's also richer in glucoraphanin than the conventional heading variety. It is a great vegetable source of choline. 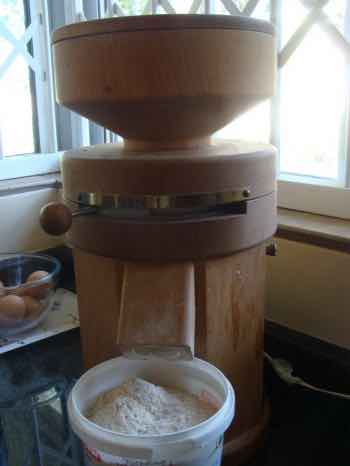 Liver and eggs are the richest choline food sources, but we can add to that most meat and vegetables like broccoli, spinach and cauliflower.

100-percent wholewheat is also a good source though we have to emphasize that most grains have been at least partially refined; it is in the germ which is usually removed from flour.

Choline has many important functions in the body; for example the body needs it to form betaine, the metabolite which is the basis of an enzyme that methylates a toxic breakdown product of protein metabolism called homocysteine.

It's this betaine, found in large amounts in wholewheat, but also in beetroot and spinach, that gives a much lower level of three important inflammatory-markers in the body.

One of them is known as C-reactive protein which is raised by 22% in those with low amounts of betaine.

Reducing homocysteine is vital in the body; it is highly inflammatory. It's all about adequate amounts of betaine and choline from our food.

Those three inflammation markers have been linked to many serious illnesses as diverse as osteoporosis, Alzheimer's and diabetes type 2; and cardiovascular disease. Choline and betaine enable the process known as methylation, reducing oxidative-stress in the body.

There is another less vital way this happens using B12 and folate, but the choline-betaine pathway is the more important.

A deficiency of choline, B12 or folate means a build up of homocysteine which is the underlying cause of many illnesses. Perhaps you've heard of the H-factor.

One of them is an increase in fluid retention in the pregnant woman, raising the chances of pre-eclampsia and premature birth.

A deficiency of both choline, and independently folate and B12, causes a reduction of methionine which then inhibits the formation of SAM; this is the vital compound that methylates DNA during the growth spurt of the spinal-cord of the foetus.

So a deficiency of either choline, because it's the basis of betaine, or folate, can and does greatly increase the risk of the baby being born with spina-bifida; the cord bulges out through the neural tube defect and forms a pouch under the skin. The baby is almost always paralysed for life.

Smoking mothers should not take choline supplements; for unknown reasons it has adverse effects on the foetus.

In fact we would recommend that any pregnant woman, like the rest of us, should rather enjoy choline-rich foods rather than take the vitamin as a supplement.

It takes only five minutes to make up your own authentic hummus recipe; chickpeas and tahini, a sesame paste, are both good choline food sources.

We enjoy hummus with a green salad, in itself a source of choline, and in making our low GI bread; the extra vegetable-protein and olive oil in the dough lower the glycemic effect of the flour. 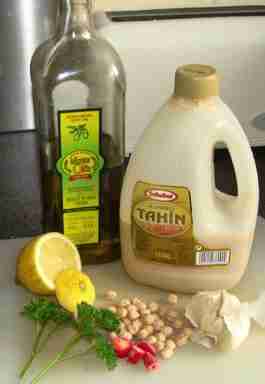 Our low GI bread with added hummus is particularly high in choline and betaine; the 100% wholewheat flour, chickpeas and sesame seed paste are all good sources of choline. However the commercial loaf has very little; the germ has been extracted.

With a little practice you make your own low GI bread in less than ten-minutes; plus five hours to bake. The solar electric breadmaker is a wonder and from the sun the power is free. 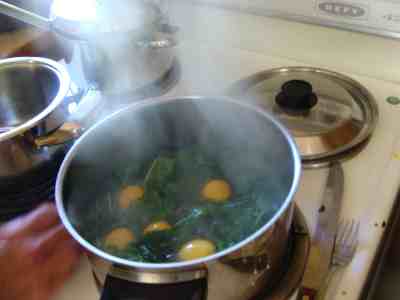 Eggs Florentine is one of the very best, and tastiest, choline food sources; all the ingredients are rich in the vitamin.

One egg contains about a quarter of your daily choline requirements. 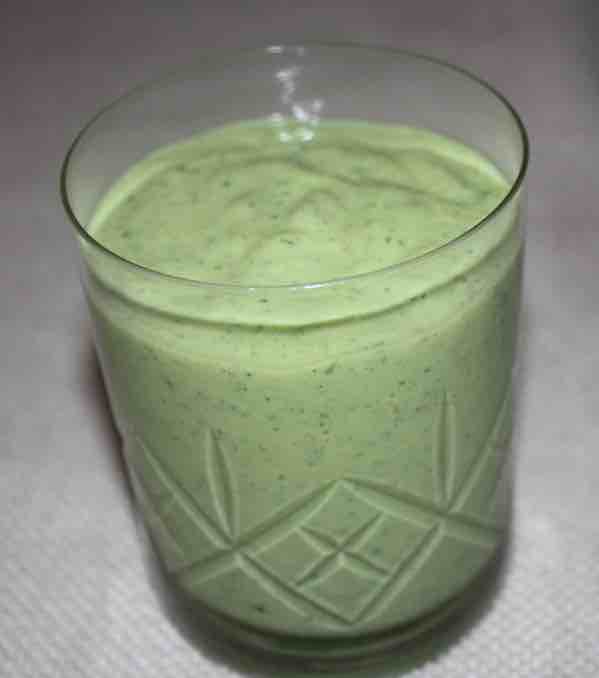 A nutritious green smoothie is one of the ways that I use to make sure I am getting enough choline. It takes no more than five minutes to make this delicious drink for breakfast. Add a few chickpeas to make it better still. Then follow it with scrambled eggs and parsley on 100% real wholemeal toast. 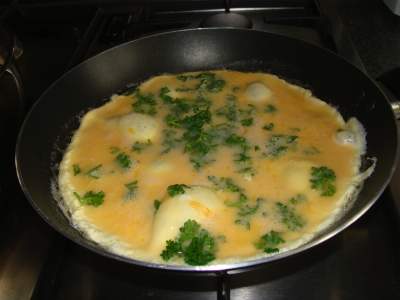 We love this pan fried toast.