Green rainwater harvesting contains a series of blogs printed in the Witness, a regional newspaper from the Midlands in South-Africa.

Harvesting rainwater is not rocket-science; we have found that storing it in an underground reservoir is the best way. It is a concept I first learned from the Dutch whilst living in the Netherlands.

Reticulation came fairly late to many of the older parts of that country where the masters of water-management reside. We can learn from them. 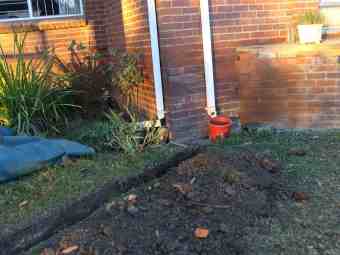 Underground the water is much colder and thus less prone to the proliferation of bacteria. It is also cheaper than plastic or fibreglass tanks, and far less unsightly.

Generally it is being called Strengthening Climate Resilience. Reservoirs like this help cope with both flooding and droughts; in areas where the rainy season is relatively short simply make them deeper or wider. If I was to do it again, I would make three metres, not two.

In fact what may be better is to increase the radius to 2.5 metres; or both if you live in the Karoo.

Green rainwater harvesting turned out to be a relatively inexpensive project. It is certainly cost-effective.

Ours is long paid-off giving us an almost unlimited supply of the pristine manna that falls from the heavens. It is all part of our determination to make our home resilient on the one hand, and do our small bit to preserve the planet on the other.

In fact it is all part of our Cyan Zone initiative; caring for ourselves and Mother Earth.

The first step was to dig a hole; four strong men did it by hand in three-days.

Then the semi-skilled men moved in, laying a  reinforced concrete foundation and bricking up the double wall. Plastering was the only tricky part; a sealing compound should be included in the mix.

Next was the roof, and connecting the pump into the reticulation to our green home and the garden; and an electrical supply. Solar power means we have completely free pristine-water the whole year round. That is climate resilience. 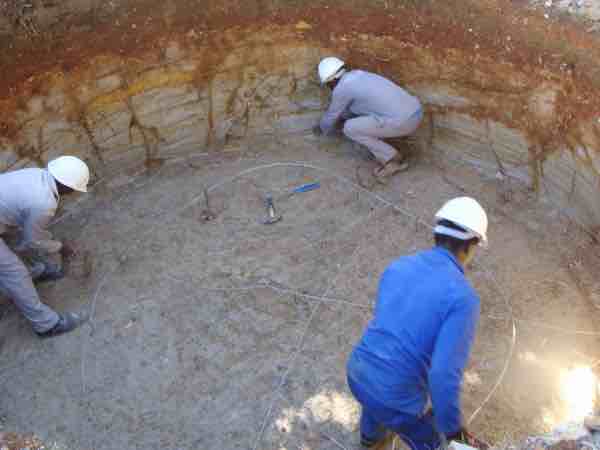 This is what we are now calling the real Preston, a spoof on the self-oiler designed by McCoy for his steam engines. Methinks every single property in villages, towns and especially cities should be considering green rainwater harvesting.

It really was a small project that took only two-weeks to complete for a relatively small sum considering the freedom from drought and the foibles of an incompetent local authority that it has brought. 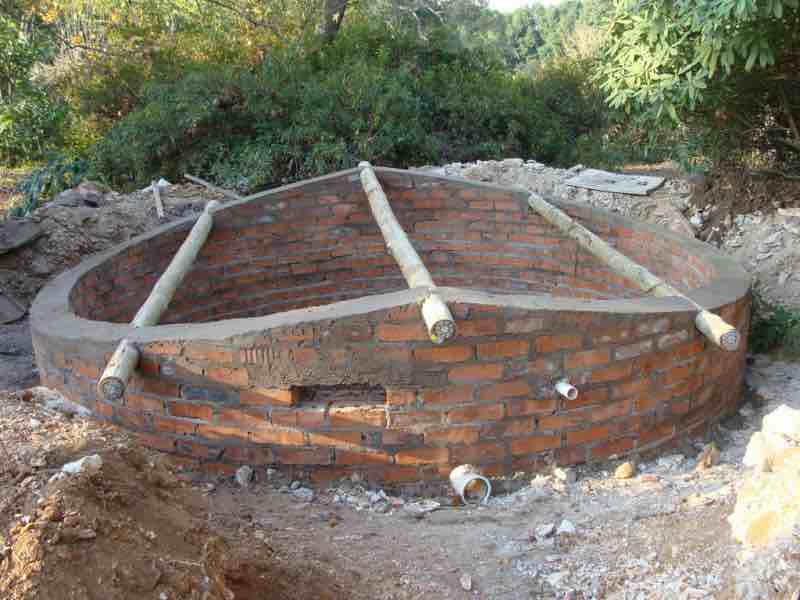 Rain collected from the gutters runs first into the sump seen in the foreground; most of the sediment settles to the bottom, and the water overflows through a coarse filter into the main reservoir.

For more details you can read about it at our rainwater harvesting model.

How safe is our drinking water is a question we should all be weighing, without becoming neurotic. Are there alternatives?

The average person in the Western world consumes about 5 grams of plastic every week, most of it from our drinking water; that is the weight of a credit-card.

Where is our water is a cry that reverberates around South Africa; the provision fails weekly in every province, often for an extended period, whether because of drought, or incompetent municipalities that do not repair and maintain the reticulation. It behooves each of us to practise green rainwater harvesting.

An unnecessary upgrade in my opinion was to add a filtration and sterilisation plant; I have been drinking this pristine rainwater for eight-years without a problem.

One difficulty is that gutters need to be properly cleaned before the start of the rainy-season; and that sump that can be seen on the foreside of the reservoir. It is unpleasant work, but should be done anyway.

"We are what we love, not what loves us."

Increasingly there are calls from within government for water solutions; we have one.

Southern African scientists have now agreed that the death of 330 elephants in Botswana was caused by a neurotoxin produced by the cyanobacteria that flourish in warm-water. This same bug is rampant in at least half of South Africa's dams. Runoff from fertiliser and sewerage plants producing large amounts of phosphorus has been fingered. It is not unlike botulism in many respects.

Reports state that it is difficult to make the contaminated water potable; it is just one more reason to consider green rainwater harvesting. It saves money, tastes far better and will not have poisonous byproducts from post-chlorination or the cyanobacterium toxin; and contributes to saving the planet. Can we ask for more?

Oh I forgot to mention the sheer joy of an unlimited full-stream shower enjoyed every day, taken without guilt; that water would simply have flowed into the ground in any case. We just diverted it via our green home.

So there's nothing new about our water solutions, but few countries have realised the problem can easily be solved; not with more hugely expensive dams but instead small relatively cheap underground reservoirs.

Bermuda is one of the few countries in the world where gutters and an underground cistern are mandatory by law; for them there simply is no other solution. We choose green rainwater harvesting over that from the utility because it's the right thing to do. 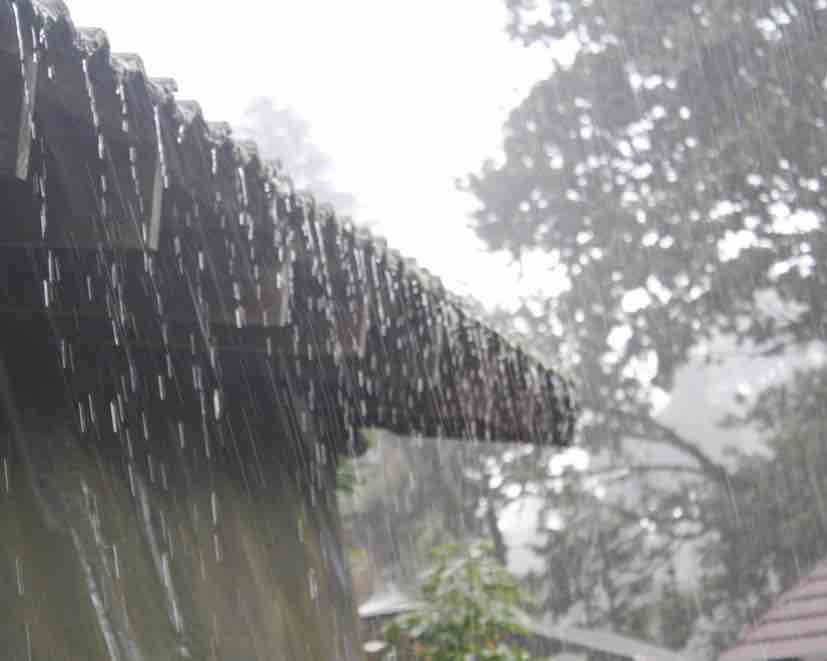 It's such a shame seeing all that water going to waste. On the other side of the equation though cleaning the gutters becomes a very important chore; one all home-owners should do anyway.

Rainwater harvests include a lot of crud that has to be cleaned out annually; it's not particularly onerous. At 74 I am still able to do it with ease.