The Christian Walk has been a tortuous, but blessed Pilgrim's Progress for me.

From my very own coward's castle I will be telling the whole truth, even when it has been uncomfortable. No, I will not pretend it has been easy, because it has not, as the Lord consistently seems to be challenging me to draw nearer to Him, as intimately as a pair of underpants, said the prophet Jeremiah.

Do you really mean that close, Lord?

That close is exactly what he means.

"Hark at Vicar in the pulpit, Coward's Castle," muttered Sid. 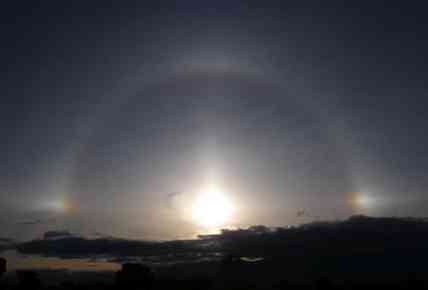 And then there is the on-going call to be sure that who I really am is consistent with the Bernard Preston I portray in my daily walk through this World. While there is plenty of room in heaven for sinners, it does seem that hypocrites might have a hard time of it from St Peter, the man with the keys to the Kingdom.

Few names have disturbed Christian equilibrium more than that of Charles Darwin. Son of a preacher, his theories on natural selection and evolution have certainly upset the apple cart.

Living in Limburg, the southernmost province of the Netherlands, formerly a strongly Catholic bishopric, I quickly realised that the people are voting with their feet. Churches stand empty and derelict. Many have been turned into dance-halls and accountants' rooms, for example.

Sickened by the divide between what is preached from the pulpit, and their own experience of life and human sexuality, they have simply stopped going to church.

Having been brought up by a nun, dear Sister Josephine, now long dead, aged 93, I have a very soft spot for Catholicism, yet a Protestant nevertheless.

Need it be so? DARWIN'S THEORY OF NATURAL SELECTION

Limburg has not been touched by Roman Catholic sex abuse scandals, as far as I know, but in a titillating story Bernard Preston tells all in Priest in my Bed, from Stones in my Clog; another tidbit from the coward's castle.

Beware, this prayer that shocked the world made me distinctly uncomfortable. It is not for the faint hearted, nor the smug and self-satisfied.

Is it possible to be spiritual yet supremely stupid? Yes, indeed it is. Just look at Jephthah, son of Gilead.

Mind you, his father was also spiritual and stupid. Could the poor man have avoided being a chip off the old block?

Can we take the good from our parents and grandparents, without being touched by their stupidities, prejudices, and sometimes frank evil?

For Eve and her daughters, and Adam's children too, their rightful place in society has been a long time in coming. And in few places in society has rank sexism been more evident than in religion, and in Christianity too.

Thank God, men are beginning to let go, and today's Christian women are finding their true role; they can even write under their own names, unlike the prolific Bronte sisters who had to hide their true identities, using nom de plumes.

From Coward's Castle, I wonder why in so many parts of the world women and children are still abused.

From not being allowed to even speak in church, and certainly barred from the priesthood, women have had to forcefully claim that fundamental human right, rather than men abdicating from their pedestals.

But now today's Christian women have an undeniably important role in the Church. To be honest, it would fall flat on its face if it were not for them.

Read more about Today's Christian Women; another morsel from the castle.

Every journey has a beginning. Here is my own first tenuous step; I call it my leap of Faith.

Few phrases in our religious jargon have brought more confusion, more mocking and doctrinal discussion that the question, have you been born again?

Yes, Jesus made it very clear that, unless you are born again, you cannot enter the Kingdom of Heaven. Just what did he mean? Is it simply about a Christening, and First Communion, or is there more to it?

The first time I went to Church was a Sunday morning,

From what I've heard I'd likely find I'd spend the whole time yawning.

My hair was long, my jeans were tight,

I loved a knife or bottle fight,

We Christians do not like it when someone pokes fun at us, but vicar Nigel Goodwin has the right, and will surely have you rocking in the pews.

Cowards Castle  by Nigel Goodwin is a very thought provoking poem. Accept one another is the theme.

I have no doubt whatsoever that the division in the Church Universal grieves the heart of our Lord, almost as much as any other sin. Our hardness of heart and the judgement of a brother on the slightest provocation will certainly be called to attention when we reach the Pearly Gates.

Add to that our determination to cling to this or that precious doctrine, and the Catholic-Protestant divide and we can be certain that we will be the ones to come under judgement.

And who knows, our clinging to a belief about Darwinism, homosexuality, or baptism may actually exclude us from the Kingdom.

Read more about ACCEPT ONE ANOTHER.

The Kingdom of Heaven

Few thoughts have challenged me more than the question of the kingdom of heaven, the only phrase mentioned twice in the prayer Jesus gave to his disciples.

How is it that we children of the kingdom can do such devilish things? Oh, woe is me; read more about my Lonely Road of Faith.

If your morals make you dreary, depend on it they are wrong.

Writing from my coward's castle about lesbianism has been a challenge for a full blooded heterosexual male. It is a topic that will not go away despite our Christian convictions. You might be tempted to read the trilogy, A Family Affair. At around a dollar each, they are a bargain. You will not be bored, I promise.

Perhaps first get a measure of your own Christian hypocrisy.

You must be born again

Probably even better known than Shakespeare's hell hath no fury like a woman scorned, Jesus' you must be born again gives us cause to stop and ponder. Just what did he mean?

In lighter vein, but nevertheless you must be born is a beautifully penned piece by an eminent gynaecologist; there is always mystery. I for one would not have it otherwise; that is my message from Coward's Castle anyway.

The seventh book from Bernard Preston, still in the pipeline, is another entry from the coward's castle; it is about the first married pope in a millennium.

In the first thousand years of the church's existence all the priests were married. Only since Hildebrand did that change; but you will have to wait. Meantime, you can meet Bernard Preston in his first four books.

Meeting Daddy is one of my favourite chapters from A Family Affair; it is a freebie.