Post-chlorination concerns the management of water before it leaves the treatment plant and then following its course in the reticulation system. It is part of a discussion on harvesting the rain and storing it in relatively small private underground reservoirs holding in the region of 30 kilolitres.

Even in most dry areas of the world more rain falls on villages and towns than is consumed in the reticulation; it's not a shortage of water that is the problem, but storage of the manna falling from the heavens. 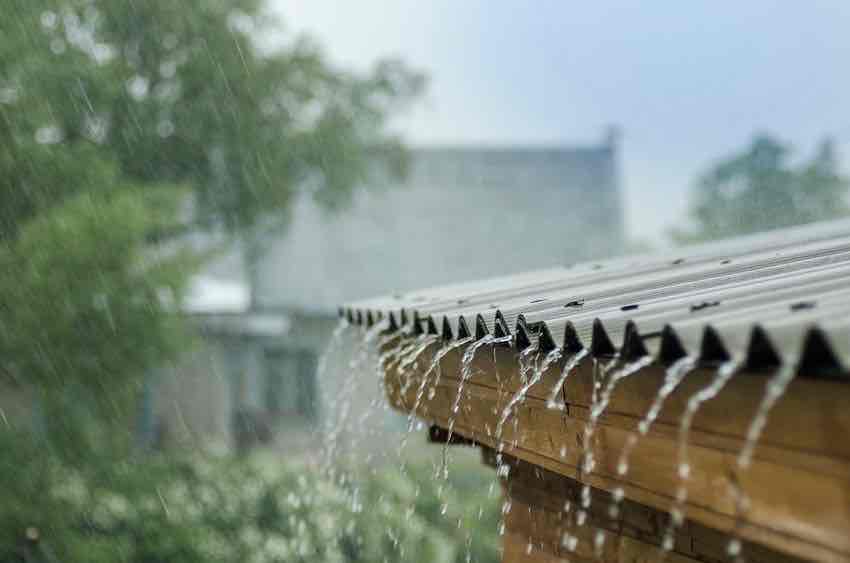 Chlorination of our drinking water is arguably one of the greatest breakthroughs in preventative-medicine.

Cholera and typhoid deaths, and other waterborne diseases have virtually been eliminated in the developed-world.

Chlorine has another great benefit over other means of disinfecting public drinking-water; there is a residual effect that continues in the reticulation, destroying bacterial pathogens.

Yet still today over three million young-children die every year in the developing world from bugs where proper reticulation and sanitation of water do not exist.

With the new realisation that the friendly bacteria in the gut play an extremely important role in the prevention of non-communicable diseases, questions are being asked whether this residual effect of chlorine may have a low level antibiotic influence on the normal flora that inhabits the gastrointestinal tract of humans[1].

Numerous animal studies suggest that at the levels of chlorine in our drinking water it is safe.

Perhaps reasonably safe would be better said. However, there are no studies to date that evaluate the possible toxic effect of that residual chlorine on the microbiome that inhabits the gut.

Since the contents of the stomach are already highly chlorinated, it is unlikely that any ingested residues from reticulated water would have much of an effect.

Of even greater concern though is the effect of chlorine in our water-reticulation on organic material forming toxic trihalomethanes (THMs) that cause bladder tumours and other problems like miscarriage.

You may have read in the media that Cape Town’s water currently has an earthy-taste; it is due to high levels of organic material from the Voëlvlei Dam. Despite assurances from the authorities that it is safe to drink, residents are rightly concerned.

These findings plus the large number of plastic micro-particles in our drinking water, create great difficulties for those concerned about their wellness. Are we becoming neurotic?

Am I on the verge of what is known as orthorexia?

It is a pathological concern about right-eating and drinking; a first cousin to its better known cousin anorexia.

For me it is just one more reason we are so pleased to have built an underground reservoir which stores our rainwater; that will certainly have some organic material from the gutters but, in the absence of chlorine, no THMs are formed. We have a happier microbiome and there is the certainty of no plastic being ingested.

There is little or no risk of waterborne bacteria like E.Coli or cholera, or even amoeba from faecal material, but it would be safer to boil or irradiate any that one intends to drink.

The photograph above for me is one of the prime-reasons our cities are running out of water; where are the gutters?

The first step for the greenie wanting to get off the chlorinated municipal-supply is to install gutters. Research indicates that 8 percent of rainwater falling on our rooves would have found its way into a river and been harvested, but the vast majority is just wasted either through evaporation or runoff; tragic in a dry and thirsty land such as ours.

92% of our supply is simply wasted; it's not a problem of too little water.

Chlorine-dioxide is sometimes used to kill microbes in water because unlike the straight gas it does not generate trihalomethanes that have been shown to cause serious tumours in the presence of humic substances.

However various authors have shown that chlorine-dioxide does affect red blood cells and has the ability to turn T3 to T4 in the thyroid gland, due to the inhibition of iodine[2].

The initial rate of iodide influx is inhibited up to 98% by the chloride channel blockers.

In a similar manner, fluoride from drinking-water has a similar toxic effect on thyroid hormones[3].

The authors recommend purification such as reversed osmosis in the home; we punt rather for drinking natural rainwater with filters and a UV or ozone lamp, but both are options. In short post-chlorination is a complex subject.

Post-chlorination raises issues about the possible effect of toxic-chemicals on the microbiome and the advantages of collection and storage of rain underground. The transition to our modern era has brought huge benefits to humans in terms of clean water but at the cost of ecological disturbance of our internal environment, generally known as dysbiosis.

There is strong research that the loss of biodiversity of the microbes in the human gut is closely allied with asthma, atopic dermatitis and chronic non-communicable diseases.

Currently there is also great concern that relatively large amounts of artificial-sweeteners are being found in our drinking water[4] where it is having a disastrous effect on our microbiome, making us susceptible to antibiotic resistant bacteria.

There are many studies confirming that the fluoride added to water to lessen tooth decay also increases the risk of bone fractures, especially of the hip.

We lie between the devil and the deep blue sea; a lifetime of compromises. I would prefer to avoid both post-chlorination and fluoride treatment by using harvested rainwater, and protect my teeth by using bicarbonate of soda both as a deodorant and for cleaning the fangs.

For the busy, active outdoor person fluoride is most likely not a problem, but for those who are stuck inside it may just be one more nail in the coffin.

One gets fluoride not just from the municipal water, of course; it's also in tea and coffee.

Decaf remains highly controversial incidentally. The caffeine is generally removed using an organic solvent such as dichloromethane, some residues remaining in the coffee.