A mealie a day

A mealie a day would provide much of the sugars and starch we need for energy, but a quarter of that sweetness is lost within twenty-four hours of the cob being harvested.

Take this little test. Pick two identical cobs of corn, shuck the one, and then cook it immediately chewing mindfully so you can remember the flavour and texture. Have the other a day later; chalk and cheese.

Stored at room temperature, corn quickly loses a quarter of its sugars; you can certainly taste the difference. They are slow-release carbs with a GI of only 48; that is excellent. Nevertheless there is about 16 grams of starch, one-tenth of it indigestible fibre[6] that passes through to the colon where it feeds the microbiome.

What is a dietary fiber you may be thinking.

The obese need to limit their total digestible carbohydrate to less than 50 grams; perhaps enjoy just half a mealie a day. And take a short walk after all starchy-food so the glucose is instead turned into glycogen.

For nearly four-months we have enjoyed a mealie a day at our green home but there was a tinge of sadness at the end. The rats ate the last two cobs. In fact they came close to stealing a third of the harvest.

For that I should be grateful; a Zulu friend confirmed that again this year he did not get one-cob from his garden in Sweetwaters. The rats ate the lot; and most of the pumpkins and butternut too.

I was shocked to read recently, as I am sure many of you were, that 27% of South African children under the age of five are permanently stunted[5], one of the most laggardly countries in the world. The reasons are complex but I started wondering if the epidemic of rats, the planet’s worst invader-specie, is not part of the cause.

Rural children would in the past have enjoyed at least a cob a day throughout the summer but no longer. Instead schools and their parents have turned to highly refined maize-meal to fill that gnawing hole in their bellies; it is the equivalent of cake flour.

Corn has a reasonable amount of protein, about 3g / cob, nearly 10% of the requirement of a growing child but it is not complete; it is lacking in lysine and tryptophan, two essential amino-acids. So a nutritious meal would need to complement that mealie with legumes, meat and eggs; or dairy products.

A mealie a day is also rich in several B-vitamins and many minerals; and two very important carotenoids called lutein and zeaxanthin[3][4]. Without them we would go blind.

Refined maize-meal, like cake flour, has zero of these nutrients; it is high on the list of truly junk foods, and not fit for human consumption. Certainly no farmer would feed it to his chickens or cattle.

Whole mealies are high in fibre which is indigestible unless you have a blooming colon; that should contain an incredible 2kg of friendly bacteria and other bugs that together are known as the normal flora. Unpasteurised maas, yoghurt with live culture and kefir are excellent probiotics.

Otherwise the cobs and whole grain maize-meal may give one a bellyache.

A mealie a day

A mealie a day is a staple in many countries but once refined it becomes a junk-food of the highest order, and is not fit for human consumption; it is one of the chief causes of stunting of children in South Africa.

But the satisfaction you get from eating a young mealie that you have picked yourself from the garden, and immediately cooked, is something you'll remember all your life. In fact the old adage suggests putting the pot on to boil and only then go and pluck your cob.

At our green home we rely on mealies in the summer for these important nutrients, along with several varieties of freshly-picked beans and eggs. They would provide the full complement of amino acids that are required to prevent the stunting of our children and frailty in the elderly.

If I was the Minister, and concerned about South Africa’s children, I would start prodding the environmentalists to find a Pied Piper to deal with the rats; that is a very complex long term situation. My thoughts would turn to worm-farming to manage the waste from our kitchens that currently is simply dumped in a hole in the garden; that is the chief cause of the infestation.

Secondly I would completely ban refined maize from our school kitchens and instead contract with local farmers to provide a cob a day for each child in the summer; and freshly-ground wholemeal corn, and other grains like sorghum for the rest of the year. We call it mabela.

This corn flour milling machine would do the trick. 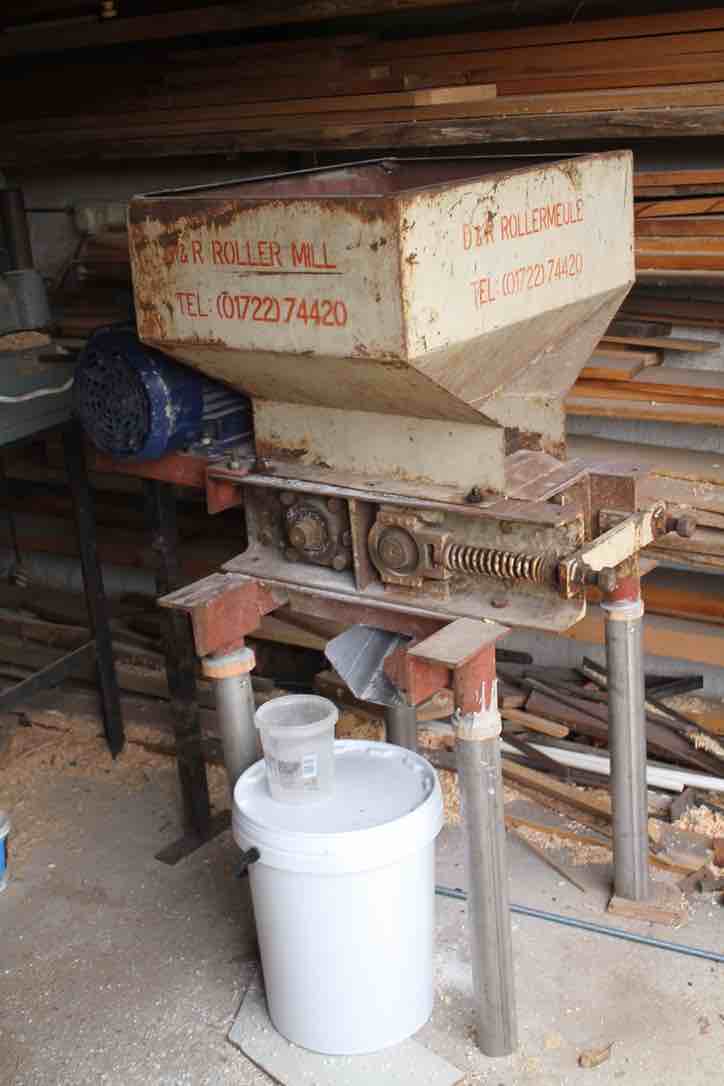 No separation of meal, germ and bran.

Thirdly I would contract with local-farmers to provide a glass of maas and an egg for each child every day. Zulus are lactose intolerant; milk gives them diarrhoea.

And fourthly I would absolutely insist that the headmaster and staff would have their salaries docked by 10% if their school-garden did not provide greens like spinach and beans for the children.

And lastly I would try to convince the minister of finance that refined cornmeal and cake flour should attracted a sin-tax, the same as sugar. They are not food in the true sense of the word; no farmer would feed them to his livestock.

That sin-tax could be used to finance the school feeding schemes.

The cost would be significant but in comparison with a workforce, a quarter of whom are permanently mentally or physically stunted, it is minuscule. I estimate that R10 per child every day would go a long way to solving the problem. Perhaps a third of the ten-million kids in primary school would need that kind of support.

It would provide a huge boost to local farmers; and the children, when they see corn in flower would know that wonderful food and greater well-being are on the way.

Every woman should have at least a cursory understanding about lignans; they are the phytonutrients found in the bran that help prevent malignant breast tumours[1]. A mealie a day in the summer, and whole-grain corn for the rest of the year would make a massive difference.

"Farming looks mighty easy when your plow is a pencil and you're a thousand miles from the corn-field."
Dwight D. Eisenhower

The food manufacturing industry has ruined our mealies; here are a few tips for keeping it simple, yet wholesome.

I am unable to find data on white mealies. In much of the world it's considered hog food and they eat only sweet-corn.

White-maize would certainly be lower but even sweetcorn has a very satisfactory GI less than 56.

However the glycemic load is on the high side (> 10) at 15; it contains quite a lot of slowly-absorbed starch. White maize would probably be about 12. So, if you are diabetic, half a cob would be desirable.

Whole-grains like half a mealie a day actually reduce the risk of diabetes; but keep the load down or, in other words, enjoy small portions.

Better still would be to allow the cooked maize to cool first, becoming "resistant" starch, which is absorbed even more slowly. Much then is not digested into sugars in the small intestine, but reaches the colon where it is turned instead into very good short-chain fatty acids.

To get 100% cornmeal one really has to have a milling machine; virtually everything on the shelf has been refined.

Corn and beans have been traditional fare for centuries; unrefined, they contain what is known as resistant starch. The molecules are configured in such a way as to inhibit the action of amylase, the enzyme that digests the carbohydrate.

It is unfortunate that the ketogenic diets lump unrefined-starch like you would get from a mealie a day or legumes together with sugar and cake flour. We enjoy our corn and beans in a traditional dish called succotash; maize and limas.

We are enjoying carbs galore from our green garden right now in midsummer; new potatoes are nearly over but at least one mealie a day is standard. The lima beans are prolific. Neither the good wife nor I have put on an ounce.

It's the refined carbs you must watch; they are the very devil. Succotash and chocolate cake are two completely different creatures.

Once you understand how net carbs work it will all become perfectly clear.

Having said all of this, we still recommend a short walk after any starchy food, and diabetics need to test themselves after enjoying a mealie a day. During the winter months it's wholegrain cornmeal. 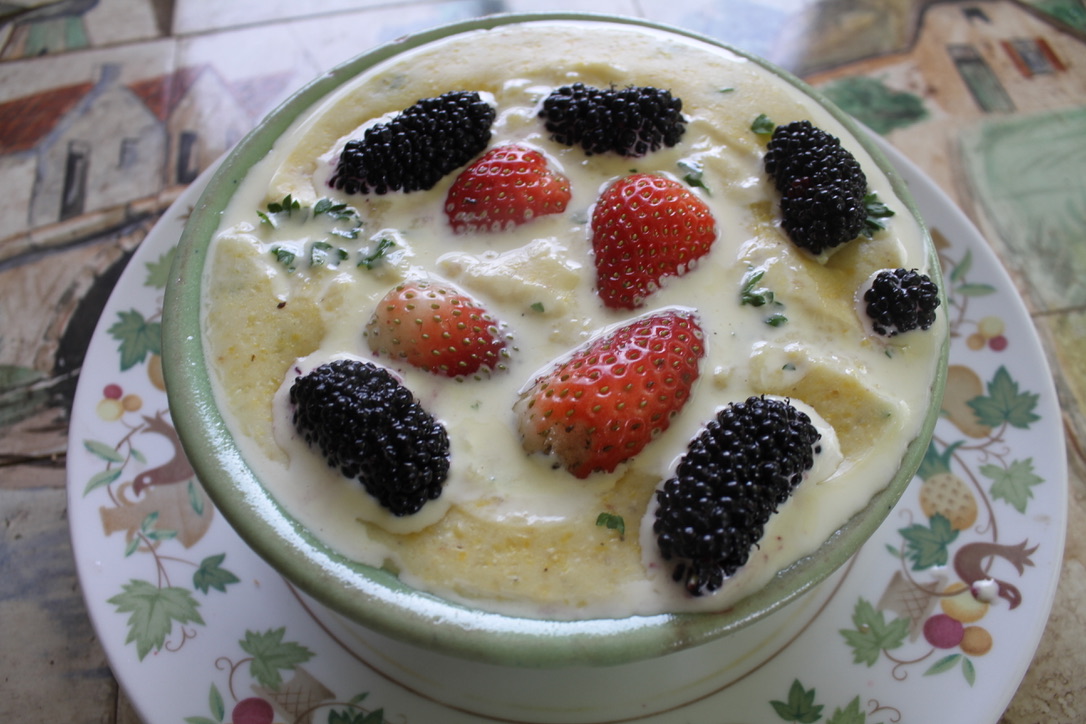 Stone-ground grits is a great favourite in the southern United States.