How do net carbs work is important so that we can distinguish between those that are making us obese and some that are actually very good for us.

Unless you are a scientist what is needed is ballpark-figures. We have no need to know whether the net carbs of a dish are 43 or 52; but it's vital that you can ascertain whether it is 163 or 320.

You have probably heard that it is carbs that are making you obese with some suggesting we should avoid them altogether. But then you read about the strong research that whole grains and legumes are actually very good for us; functional-foods that promote wellness and help us fight disease.

It really is all so confusing; even the so-called experts are poles apart. But don't throw up your hands in horror and give up; apply your mind to how net carbs work and then you will be in a position to come to your own opinion.

Is this freshly-ground wholemeal porridge good for you or is it just terrible and should you be avoiding it at all costs? Butter is back so you can relax on that score.

Simply subtract the grams of fibre from the total weight of the starch and you will get the net carbs.

Don't be alarmed by "indigestible" fibre; it simply means that despite being a long chain of sugar molecules, it is not absorbed into the blood stream as glucose but passes through to the colon. There it forms the very important prebiotic that is demanded by the friendly microflora.

For example, that bowl of stone-ground grits contains about 33g of whole corn, making 200g of porridge.

For most folk 28g of carbs is well within the normal limits; for the diabetic and obese, I would recommend a half-size portion; you should stay beneath 50 grams per day, and even less if you are unstable.

Add to that Eggs Florentine and you have the perfect diabetic-breakfast; very low in carbs. 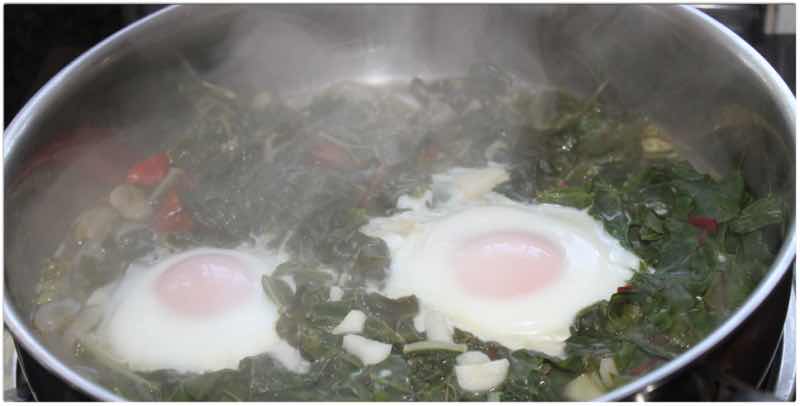 "There are two things you should know about me. The first is that I am deeply suspicious of all food-companies. Deep down I expect the worst of them; their primary motive is the bottom line and they don't care a jot about our health. And the second is that I am absolutely convinced that whole grains, if you can get them, and legumes are extremely good for us; both have a lot of starch, but the net carbs are on the low side."

Food companies cannot make much money out of you if you only eat whole grains and legumes. But processed foods see an astonishing mark-up in price and almost without exception a severe drop in nutritional benefit.

That bowl of 100pc whole-grain mealiemeal porridge is made from 34g of maize which, if you buy it from the farmer, costs R0.11. Yes that's right; just 11 South African cents. Divide by 15 to get the dollar value; a pittance.

The same weight of cornflakes[3] would cost about two rands, around a twenty-times markup; and, because the net carbs are so high, it is very fattening. Worse is that because it tastes like cardboard you will probably add at least one teaspoons of sugar.

So where do net carbs come into it?

How do net carbs work? I hope you are getting a feel of it.

Understanding how net carbs work will help you get your weight under control. That is the big question; grasp it and you'll realise you need have no fear of unrefined starches.

But cake-flour, refined mealiemeal and sugar are literally the death of us. All of the fibre has been removed, so the net carbs are the same as the total starch. The whole lot is digested and rapidly absorbed in the small intestine giving you a blood-glucose rush.

Esteemed South African scientist, George Campbell, showed that after twenty years of consuming about 30kg of sugar per year, 21tsp each day, you are highly likely to become a diabetic.

And the average adolescent in South Africa is consuming about 2 cups of sugar, nearly 100 tsp every day[1]. Is it any wonder we have become one of the most obese, and officially the most unhealthy nation in the world?

How do net carbs work? Central to the question of whether they are good or bad is determined by whether the fibre has been refined out or the cornmeal.

"Intake of sugar appears to be increasing steadily across the South-African population. Children typically consume about 50 grams per day, rising to as much as 100 g in adolescents." 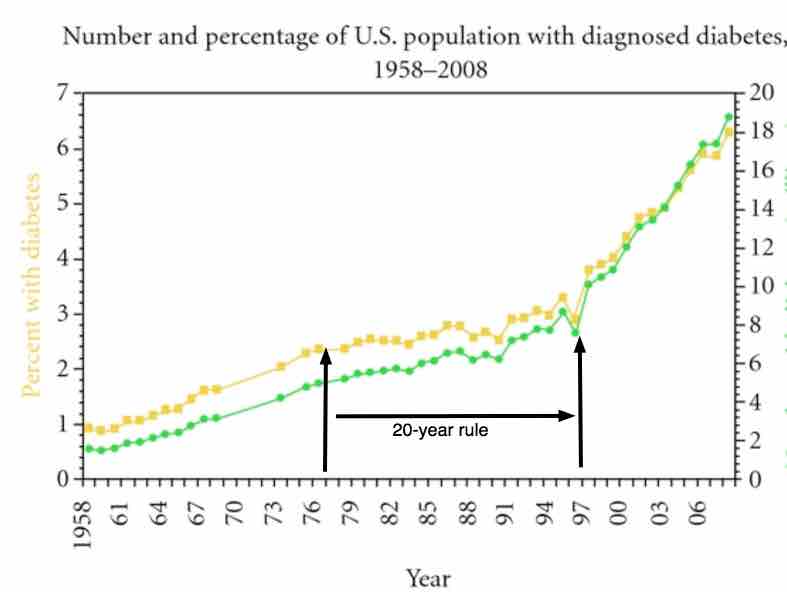 In 1977 Americans switched from saturated fats to refined carbs after the McGovern Report was released; within 20 years a tragedy began to unfold.

The net carbs are those that are digested, beginning with the action of amylase in the mouth, and then being completely absorbed in the small-intestine. The glucose formed is fed directly to the liver where it turned either into glycogen or triglycerides.

High blood glucose is very damaging to the linings of capillaries so, if there is a sudden surge, the pancreas releases insulin causing the cells of the body to absorbe it.

This is an extremely complicated and confusing subject. Just take the potato for example; straight from cold storage the net carbs are very high and, depending on the variety and how they are cooked, they are likely to give you a blood-glucose surge.

But new potatoes, just dug from the ground, have half the amount of net carb. Even many diabetics can eat them provided they keep the glycemic-load down; small portions.

Let us think of honey now. Unprocessed straight from the beekeeper it has a low glycemic index, despite consisting of simple sugars; but once heated by the bottlers it is very definitely high GI and will cause a blood-glucose surge.

We simply cannot presume that all potatoes, corn or honey are good or bad; everything depends on how they are processed.

How do net carbs work? Unprocessed and refined they are good for us. Those who are insulin-resistant will need to limit the portion size.

Indigestible carbs are those which cannot be broken down to glucose and absorbed into the portal blood stream; they cause no release of insulin, instead passing through to the colon where they are fallen upon the friendly-bacteria known as the microbiome.

Most of this indigestible carb consists of the poly-sugar units in fibre. It is extremely good for us.

They are then subtracted from the total starch when calculating the net carbs.

Fibre comes in two forms. The greater part, about two-thirds, is insoluble; it will not dissolve in the water in the intestine. Instead it gives the stool bulk, helping to prevent constipation and passes through the alimentary canal unchanged; it is indigestible carb and highly beneficial to our wellness. It causes no rise in blood glucose, nor is fattening in any way.

The bran in unrefined wheat, oats and mealiemeal are all examples of the insoluble fibre that millers in the main remove from our grains to our great detriment. It is also where much of the protein, vitamins and phytonutrients are located; the rest is in the germ.

How do net carbs work? I hope it's becoming clear.

Corn on the cob is one of the few wholegrains that is easy to find on the shelves of your greengrocer in season. For the rest of the year you have to find a source of unrefined mealiemeal, freshly-ground, and it's well nigh impossible; unless you know someone with a corn flour milling machine. 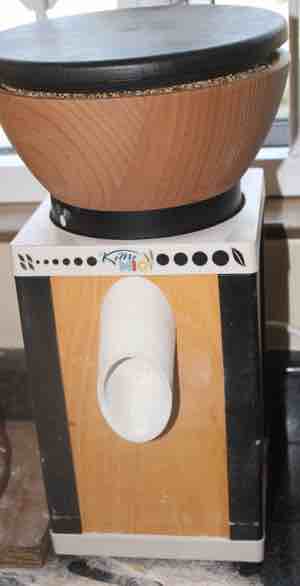 A mealie a day, corn on the cob, is our joy in the summer; sometimes two or three.

The other form of indigestible carb is soluble in the water in the gut.

Soluble fibre forms a gel in the gut that slows the passage of faeces through the colon so that we do not get diarrhoea; it too is an extremely important carb for our wellness.

Unrefined wholegrain oats and apples are two excellent sources of soluble-fibre; once refined by the food companies they are quite useless. Buy neither in boxes or cartons.

You have probably heard that the colon is now being called the second-brain. This indigestible fraction of starches and legumes is fermented by the friendly bugs in the colon known as the microbiome forming extremely beneficial "short-chain fatty acids." They not only supply energy to the cells lining the gut but are also involved in the synthesis of many neurotransmitters like dopamine; and support the immune system.

Those with a depleted microbiome, short in either numbers or diversity, are thus more likely to get Long Covid; that is why we recommend making and enjoying kefir, a natural probiotic[4]. There are many others to choose from; unpasteurised sauerkraut, for example.

I hope you get it. Despite the bad press they get, not all starches are bad; in fact some are extremely beneficial. But keep the net carbs load down; small helpings.

Scientists have shown that this action of indigestible fibre in the gut, meaning that it does not form glucose, actually has an anti-diabetic influence and helps reduce obesity[2]. Signalling to the brain provides what is known as satiety; that sense of fullness, that it is time to stop eating.

How do net carbs work? Grasp this prickly nettle and you'll never suffer from type-2 diabetes; the biggest killer now according to some reports.

Not all carbs are bad, only those that have been refined to remove the fibre and other important nutrients; so absolutely avoid instant grits.

In fact unrefined starches, admittedly difficult to get unless you have an uncle in the milling-business, and legumes are extremely beneficial to us, in moderation.

Having subtracted the grams of indigestible fibre from starchy foods, we still need to keep the Glycemic Load down; that means small portions.

Corn on the cob

Do not take these as absolute values; simply grasp that whole-grains have far more fibre, but the net carbs are still high; limit portion size.

Allowing it to cool overnight, and then reheating if necessary, changes the structure of the carbs turning them into so-called resistant starch; far less is digested and absorbed in the small intestine.

Resistant starch is similar to fibre in that it is not readily turned to glucose, but they are not the same. So even though stone-ground corn, peas and beans have a seemingly large amount of net carbs, much of it is not digested but they may still cause a surge in blood sugar.

When there are carbs galore available in the summer, corn, potatoes and beans, we recommend restricting even the good starches; that might mean no bread for lunch, for example, if you've had corn on the cob.