Why were cornflakes invented?

Why were cornflakes invented was first titled "I want to be a billionaire." The brain behind it was William Kellogg, the intention to make a nutritious food for ailing patients in a sanatorium. But what are the facts?

Have you ever watched Fiddler on the Roof? It is one of my all-time favourite movies with the poor farmer Tevye singing the matchless "wish I were a rich man." The timeless theme of the movie, our inhumanity again being played out in Eastern Europe, is repeated throughout history; in that instance it was the Jews getting stick from the Russians. In our instance it is feeding craparola to children.

Haven’t we all wanted to be rich men? Well, after a lifetime of searching, I think I have found out how it is done. You find something you can buy for R2, you gut it and take out all the best parts, sell them to a third party, put the tasteless remains into a fancy box and flog it to an unsuspecting public for sixty-rand. 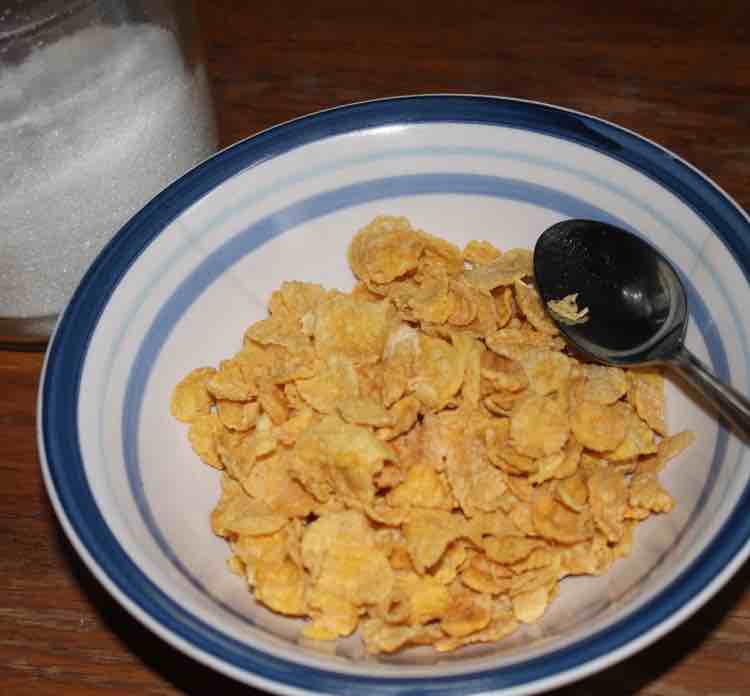 Why were cornflakes invented was published in the Witness newspaper[1].

The best part you process and sell it to the same gullible people for R100 in little capsules. Tevye would have been impressed, but he was a man of conscience and would never have tried something like that.

So how do you pull off this massive scam? Well, in these hungry times, you want to find a good food that is dirt cheap; there aren’t too many around, but finally I settled on the humble mealie. I was very pleased when I found you could buy dried corn for R2,000 / ton.

If you go and measure out a kilogram of mealies you will find that actually it is a lot of grain. Throw in some beans, greens and a couple eggs per week and you could probably survive. 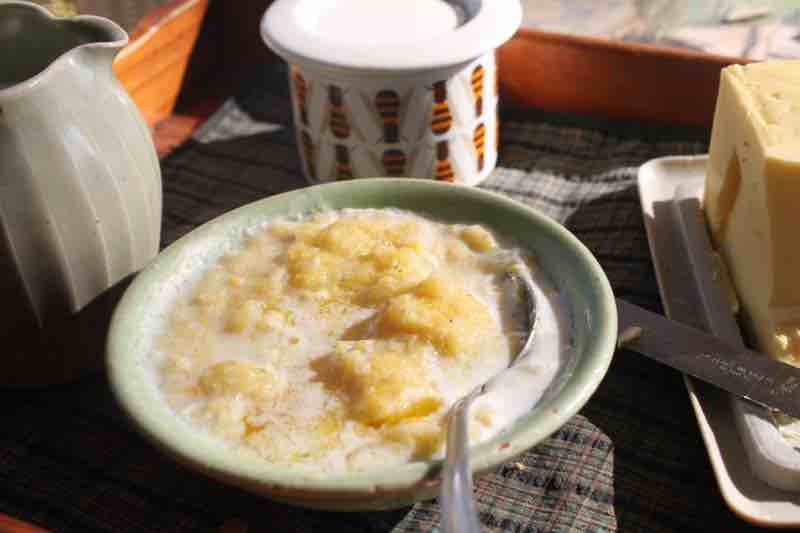 Before you try a scam, you have to do some homework. What’s actually in a mealie? Firstly it is mainly starch which will fill a hole in the stomach, give some energy, but in fact it is mostly empty calories. Of the R2 you paid, the carbs are worth probably less than a half of what you spent.

The real value is in what the farmers call the hominy chop; that’s where the germ is to be found, rich in oils, some protein, vitamins and some very important phytonutrients like zeaxanthin. That is the stuff that helps to prevent macular-degeneration and cataracts; if you separate it out you can sell it for a mint to those who are going blind.

The protein is a bit thin, about 3.5pc but you do get a high lysine variety that has most of the amino acids; the eggs would cover the shortfall if you ate only whole mealies. But if you are a cardsharp like me, then you’ll be thinking that could process it, add some milk-powder, this and that, and sell it for a tidy sum in a big blik to those guys pumping iron.

Right the homework is over; you will first have to find a mill and grind up your mealies; that is when your problems begin because the excellent fatty acids start going rancid as soon as they are exposed to air. So you distill the fat off and sell it as a very valuable byproduct; corn-oil ain’t cheap.

Or you could just take that hominy chop and sell it to a farmer for his cattle or pigs; it’s the best part of a mealie.

But what about that almost worthless part, the starch? Here you have to be really clever, and not a little crooked; frankly, completely without conscience. You have two-options. The first is to add 10% sugar and a lot of salt because it’s nearly tasteless; a touch of malt, a few synthetic vitamins and some minerals to make it look good (call it enriched). Now toast the flakes and put it into an attractive cardboard box and sell it for around R60/kg.

Be careful not to make the mistake Kellogg made; it is apparently true, but a good story anyway, even if it’s urban legend. Some researcher found that the manufacturer used a high-quality cardboard and rats, given the choice, lived longer on the box than when fed only cornflakes. In any event, count on the pretty container costing more than the contents.

The second alternative but here you have to be utterly without conscience, is to sell it to the education department for needy school children’s feeding-schemes. Do you remember that Dr Ramaphosa, the president’s wife was so upset that more than a quarter of South Africa’s children are permanently stunted? You do not want to be painted with that brush.

But if like Tevye you are a person with a conscience, those stunted kids would thrive on a fresh-mealie a day, a glass of milk, and eggs Florentine. That is what we do at our green home in the summer. But it’s no way to become a millionaire, is it? It might save you a mint in greater wellbeing, mind you.

How to grow corn is a subject worth considering if you have a large garden.

"Breakfast cereals like corn flakes have the salinity of sea-water; bread is also stuffed with salt."

Are you concerned about salt causing your high blood pressure?

Why were cornflakes invented?

Why were cornflakes invented and could I use them to make me into a billionaire?

Meantime I'll stick to the magnificent mealie in summer.

And enjoy home-cooked mealie meal porridge made from 100pc grain for the rest of the year, alternating with oats and sorghum.