Health benefits of lime are due in part to the vitamin-C and a very special phytochemical.

The old adage is, when moving into a new home, make sure there is a lemon tree planted in the garden; to which I would add a lime. There are subtle differences in taste and nutrition, but both are rich in vitamin C, one of the four anti-frailty vitamins, plus that special phytochemical.

At least 50-percent of the goodies are contained in the pulp, so do not strain out the juice from the solids.

That phytochemical is called limonin, by the way.

This page was last updated by Bernard Preston on 11th June, 2021.

Limonin is a particularly interesting phytochemical that researchers are investigating; it has been strongly associated with preventing the glutamate-toxicity which is central in causing the neurodegenerative conditions like Alzheimer’s and Parkinson’s diseases[1].

Limonin gives the fruit its bitter-taste; many people do not like that, so sadly researchers are developing citrus varieties that are low in the phytochemical; then we will not get the protection needed against these nasty diseases.

We have been hoodwinked into thinking we need only eat those foods that are to the liking of our taste-buds.

The British sailors were called limeys after an inspired fleet doctor discovered that the fruit would prevent the crew on the high-seas from dying of scurvy.

Far more sailors, an estimated two-million, succumbed to a deficiency of vitamin C than were ever killed in armed conflict.

It is assumed that it was the vitamin-C in the limes that was totally responsible for saving many lives, but the other active ingredients certainly also played their part.

Today not many people die of frank scurvy, but the more subtle symptoms of a mild vitamin-C deficiency are fatigue, lethargy and malaise.

Those abound but of course there are many other causes of these subjective symptoms.

So I hope to have convinced you that citrus needs to be daily on the menu, and limes and lemons are a great source of these complex nutrients.

At our green home we have both, but I favour the lime as our variety at least because it has no pips. But how do you get to enjoy them year-round? The commercial concentrate is loaded with preservatives and is horrible beyond belief. 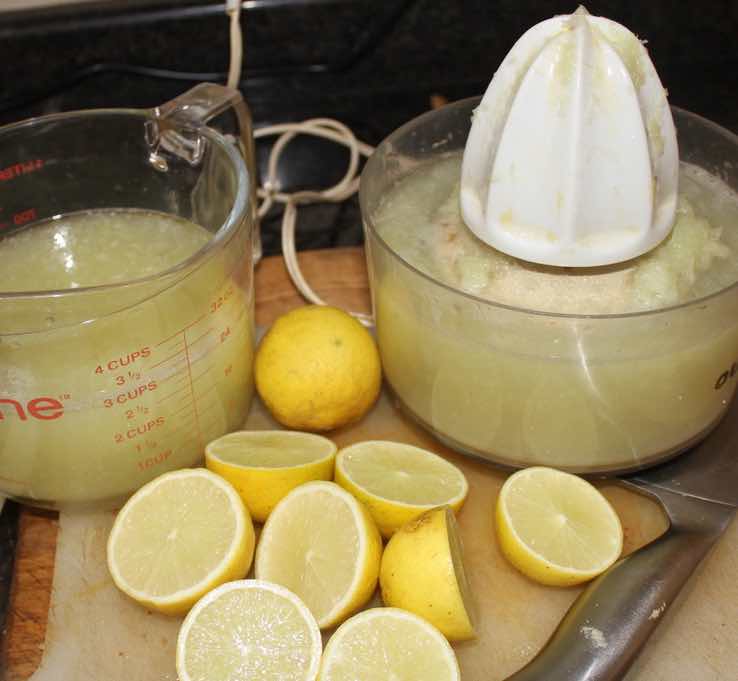 The benefits of lime are what gave the British sailors their name; scurvy killed at least two-million of them whilst exploring the high seas.

Our eight-year old tree produces literally hundreds of limes every year, but the season is restricted to perhaps four or five months. So we freeze the juice.

Use an electric juicer since it is arduous by hand to squeeze the liquid out of twenty or more limes and lemons; without the strainer. Pour it into ice-cube trays and when frozen, pop them into clear plastic bags, seal and return to the freezer.

It takes about half an hour to process 50-limes.

At around R4 per lemon or lime, we have had over R1000 worth of fruit hanging on our tree this year; more important we have a steady supply of the juice that is so essential for sparkling well-being, and plenty of energy. We have no sleepless nights worrying whether we might get Alzheimer’s or another of the neurodegenerative diseases[3].

A healthy microbiome in the colon is also vital, by the way, which is why we enjoy kefir several times a week. It is these little things that make for reaching eighty with all your marbles and joints intact a little more certain.

A glut of limes

A glut of limes is one of the many joys of those who have a small garden where they can plant one of these amazing trees. The season is considerably longer than that of lemons which is another benefit. 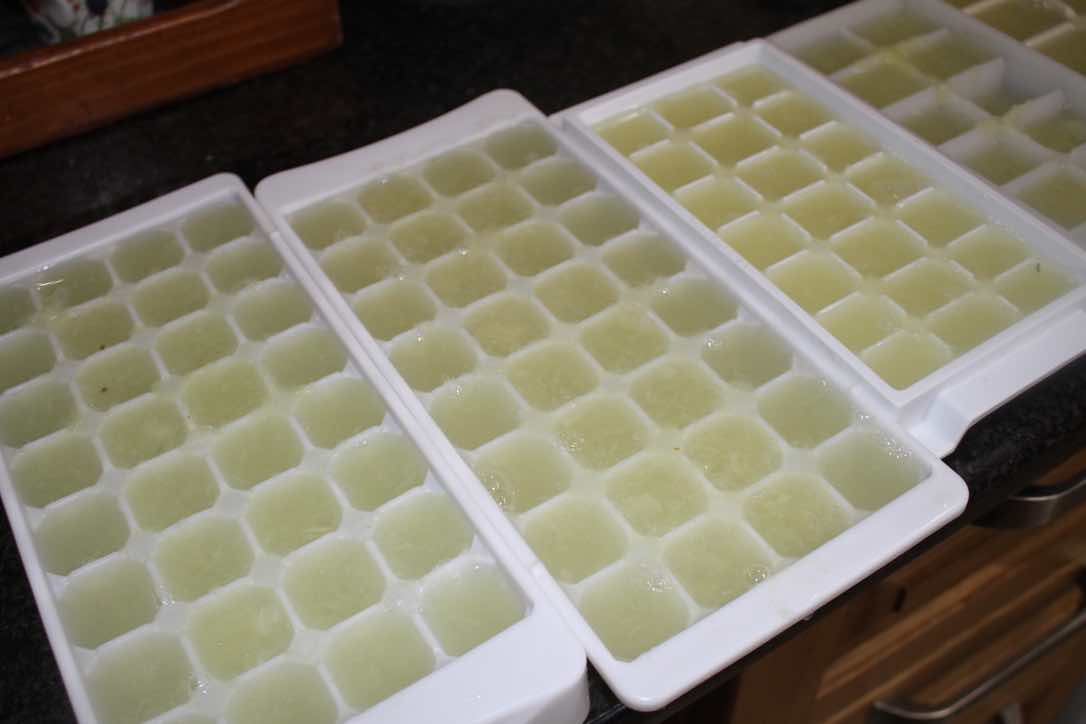 Another benefit of limes is a much lower incidence of rheumatoid arthritis. The vitamin C is a natural anti-oxidant that scientists have found neutralises the free radicals that damage our cell membranes, causing inflammation.

In our family's case, Helen clearly has rheumatoid arthritis in her hands and feet but interestingly has little pain. The joints are swollen and disfigured but with no disabling ache; she can garden almost without restriction, including weeding which is very hard on the fingers.

We have found that adding a teaspoon of freshly-squeezed lime juice to the dough improves the taste and texture of our artisan bread.

Our livers produce a molecule called Apo-B that acts as a carrier of low density lipoproteins. That is the cholesterol that is considered dangerous by many authorities, though there are doubts that this is an oversimplification; there are different sizes and some are not bad.

In any event, one of the benefits is that the limonin reduces the production of Apo-B, thus minimising the LDL concentration in the blood.

Cinnamon and diabetes is a hugely interesting topic; the spice improves insulin-sensitivity and combined with a few drops in an infusion makes a wonderful hearty drink.

Researchers have found that the phytochemicals in limes and lemons help prevent the proliferation of tumour cells by increasing the levels of nitric oxide[2].

Clearly the health benefits of lime and lemon are vast, far beyond the scope of a short blog like this; the take-home is simply that we should all be enjoying these citrus foods on a regular basis.

Remember to consume some of the zest where much of the limonin is found. My favourite kitchen utensils will be of assistance.