Cinnamon and diabetes have a common interest; insulin-sensitivity of our cells is increased by the spice, enhancing the absorption of raised glucose from the blood.

Diabetes is a complex disease with some researchers saying there are not three but over a hundred different kinds. All of the most common type-2 varieties have one thing in common; the receptors on our cells have poor sensitivity to insulin. They aren't able to access the high glucose in the blood stream. 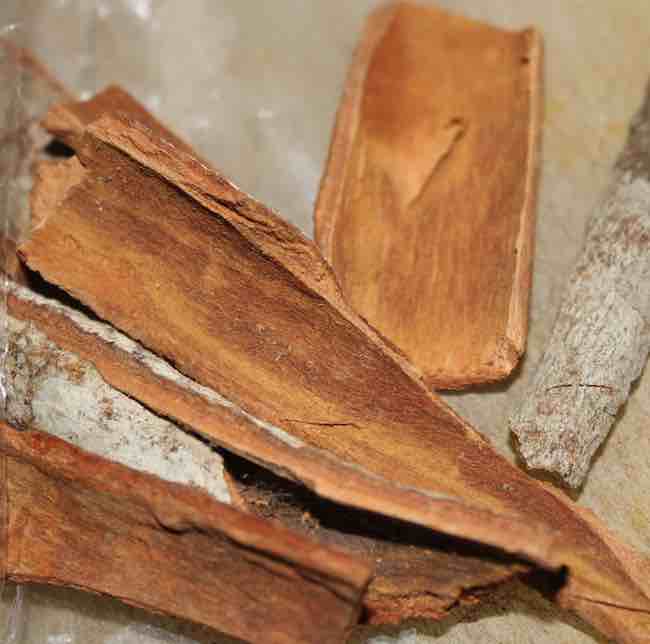 The net result is that the liver has to suck up all that glucose; it is then trapped as fat and makes us vulnerable to a serious disease called non-alcoholic steatohepatis. It is often fatal.

This is where cinnamon, and turmeric too, have a role to play; they improve this sensitivity of the cells to the influence of insulin.

Do not think that by taking these spices you can cure your diabetes; they will help in the management and give you better blood glucose control but in order to really gain the ascendancy over this now very common disease you have to look at the whole of your lifestyle.

That means inter alia exercising after every starchy meal and eating much less refined carbohydrate; preferably virtually none. Food as medicine looks at how scientists have shown you can put type 2 diabetes completely into remission without the use of drugs.

Zanzibar is known as East Africa's spice island, though normally the term is given to the Moluccas in Indonesia. It is well known for its cinnamon, nutmeg and vanilla. Once you have tasted the unprocessed condiment you will never go back to the artificial flavouring.

Cinnamon comes from the bark of a tree that grows only in tropical areas. The trick for diabetics is to include small amounts of the spice daily in their cooking. It gives our food an exotic flavour while also improving our well-being.

Stable blood glucose is probably the most important fundamental part of our well-being; if it is too low you go into a coma and if high it causes serious inflammation of the blood cells and the inner linings of our capillaries. It will effect every single organ in the body.

Researchers have shown that even a moderate reduction of HbA1c with medication added 3.4 years of life expectancy[3]. However intensive drug treatment led to hypoglycemic episodes and weight gain of over 10kg.

Lowering of blood glucose by natural means may be more attractive to those looking to natural medicine for relief; it may be safer too.

You can pay a lot of money for finely-ground cinnamon but, by so doing, it is exposed to air and begins to oxidise. If you buy a large bottle, immediately decant the majority into an airtight bag and pop it properly labelled into the freezer.

In order to squeeze more money out of your pocket food manufacturers will make it attractive by curling it into pretty rolls or grinding it very finely. This does nothing for the cinnamon and diabetes; in fact if anything it detracts from it. And you can be sure the price rises many times. So we use the simple unprocessed bark which is dirt cheap.

Notice the price; R13 for 100g is less than a dollar. Half a stick goes into every large pot of butternut soup.

Small bits go into a muslin bag so they can be easily removed after boiling.

As a general rule, unprocessed spices like all other foods are better for us. 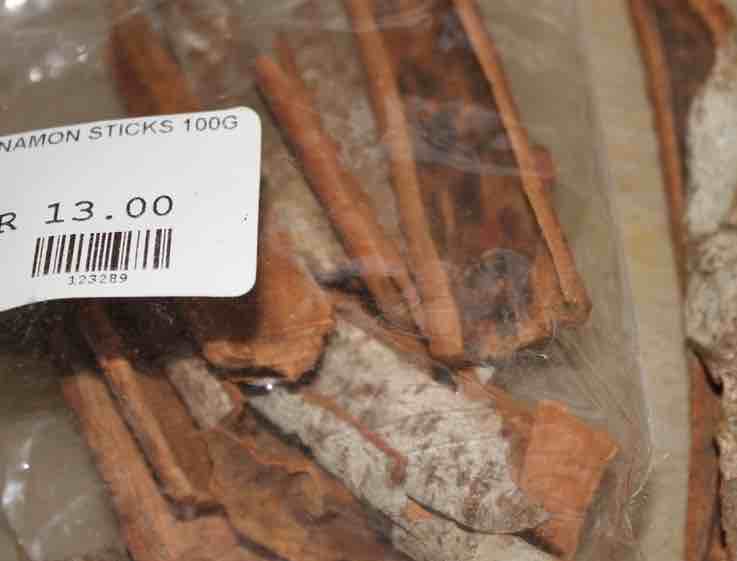 You will notice that many weight-loss programmes advocate the use of cinnamon. Because it enhances the effect of insulin, the fat hormone, in some small way it will help. Obesity and diabetes are common bedfellows as I am sure you know.

What is more, the pandemic has hit diabetics particularly badly; with ten percent of the people in Western nations having raised blood glucose, the number dying is scary.

Most of them are either diabetic or have high blood pressure, both of which are features of raised serum glucose. Small doses of cinnamon every single day in your cooking will improve the chances of not succumbing to this virus, or the next which is waiting just around the corner.

"People with diabetes who take nonsteroidal anti-inflammatory drugs even on a short-term basis may have about a 50% greater risk of developing heart failure."

We do not believe in diets; cinnamon and diabetes might make a marginal difference but no more. In my country, South Africa, we have the largest Indian community outside of the subcontinent; they were brought here as indentured labourers to cut sugarcane. They eat prodigious amounts of cinnamon and turmeric but have an extremely high prevalence of the disease. It is all about the refined carbohydrate.

For Indians it is all about white rice. For Africans the nightmare is highly-refined cornmeal. And for Europeans the elephant in the shop is cake flour. Add sugar to the equation and no amount of cinnamon will keep you from obesity and diabetes.

Do not get suckered into signing up and paying out good money for one of the low carb programs; just seriously reduce the refined stuff, always take a walk if you have indulged, and you will naturally, slowly, lose weight.

There is masses of research showing that whole grains and legumes which have large amounts of carbohydrate are good for us; shun them at your peril. It's the cake flour and sugar that are the devils.

This is not all just a pipe-dream; it is strongly backed up by cinnamon and diabetes research.

Publishing in the journal Diabetes Care researchers set out how many botanical products such as onions, freshly ground flaxseed, chromium, zinc and a number of vitamins improve glucose levels, lipid metabolism and capillary function. They set out to prove that cinnamon too has a role to play in type-2 diabetes.

Giving a group of sixty diabetics different amounts of cinnamon, and comparing half of them with placebo tablets, they found profound effects on fasting blood glucose, triglycerides and cholesterol[1]. Really interesting is that these sustained benefits continued for three weeks after they stopped taking the spice.

The group taking the largest amount, 3 grams per day, about one teaspoon, continued to improve for a period even after they stopped taking the spice.

In other research it was found that cinnamon reduced the rate at which food is emptied from the stomach, significantly reducing the raised blood glucose that is the main feature of diabetes after a starchy meal.

The researchers above declared that the raised serum glucose also decreases the synthesis of glycogen in muscles explaining why diabetics have loss of energy, and get-up and go. Dephosphorylation of a muscle receptor downgrades its ability to respond to insulin.

Extracts of cinnamon were shown to inhibit this dephosphorylation increasing the receptors' sensitivity to insulin.

They continue to emphasise the other benefits of cinnamon including better lipid metabolism and as a potent antioxidant.

You add cinnamon sticks to your favourite dishes. It will give them a sweet and pungent flavour that you will love. We add it to all our curry dishes and in particular to the easy butternut soup that we make all year round; they grow prolifically in our garden.

Pumpkin for diabetes is a, ancient natural therapy for the disease; add cinnamon and you have a winner.

Cinnamon and diabetes is central to our thinking; as is low refined starch, and fad-free menu planning. 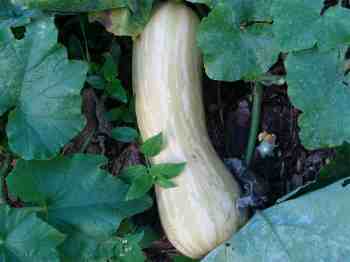 On a personal note

I too am prediabetic but by taking small amounts of spices like cinnamon and turmeric daily, avoiding refined carbohydrate and getting plenty of exercise whilst gardening, my blood glucose is very well controlled. But, if I break the rules, it shoots up. Neither the good wife or I, both in our eighth decade, take any medication whatsoever.

We follow the dictum of Hippocrates, father of every wellness programme, who is greatly hallowed but totally ignored; let your food be your medicine. Enjoy more cinnamon in your cooking if you have diabetes.

Why would one not want to start adding a spice that enhances the flavour of one's food, is inexpensive and has so many profound benefits?

An infusion as a drink

Adding a chunk of the cinnamon bark, or a teaspoon of the spice to a mug of boiling water, allowing it to steep and then a little raw honey and perhaps a few drops of fresh lime juice makes a wonderful, heartening drink.

Another is apple cider which is so easy to make in your kitchen if you have access to cheap fruit; of course, add a stick of cinnamon, and some cloves too. Those with raised blood glucose need not be anxious; the fruit sugars are turned into alcohol.

In short cinnamon and diabetes enables you to cheat just a little. The golden rule is take a short walk after any starchy meal.

Coumarin is one of the important phytochemicals found in cinnamon. It has a natural blood-thinning effect; it reduces the likelihood of clots that cause heart attacks and strokes.

There have been concerns about large amounts of coumarin causing liver damage. Researchers publishing in Frontiers of Pharmacology report however that 'no cases of abnormal liver function caused by cinnamon bark were observed[2]'.

The Danish government has limited the use of cinnamon to about 1g (1/3 tsp) per day for a 70kg person. We are in any case not recommending more than that.

Small amounts of herbs and spices in your food, not from tablets, is what we recommend; you have to work very hard then to overdose. Even Asians who eat 10 times more cinnamon than the average European are having only one fifth of the EU limit. To us it looks like a storm in teacup.

Enjoy the rich taste of cinnamon regularly in your cooking and benefit from its very important role in lowering blood glucose, reducing clot formation and helping to reduce inflammation in the body.

It needs to be emphasised though, the solution to diabetes is strict control of refined carbohydrates; cinnamon is only a helper.

We mentioned above that one of the B-vitamins gives amazing protection against the fatty liver than often accompanies  type 2 diabetes. Read here about choline food sources.