Does turmeric help with inflammation?

Does turmeric help with inflammation of the joints and other organs?

Curcumin is one of the chief active ingredients in turmeric that help prevent inflammation. It is a bright yellowy-orange phytonutrient that is found in the plants from the ginger family; natural phenols like this are known for numerous benefits and have long been used in herbal medicine. Is this folklore, or is there any scientific substance behind the claims? 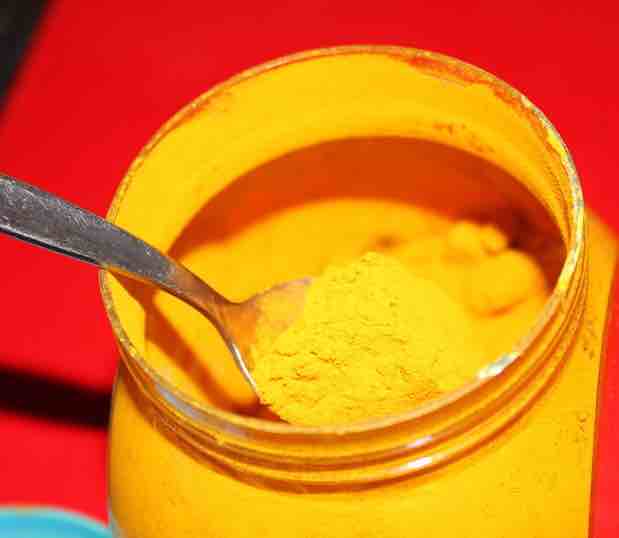 Well there is research showing that it helps with the control of blood-sugar, important for all of us, but especially for diabetics, for arthritis and other conditions associated with inflammation.

This site is not really about treating specific conditions like osteoarthritis or diabetes with this or that; it rather concerns using small amounts of these important phytochemicals daily in our food. Prevention always was better than a cure, and though totally ignored, still is today.

I am a firm believer that we eat food, not so much because of its wonderful taste, but since it is good for us. The powerful theme in today's recipes is that you only have to enjoy those meals that titivate the taste-buds, which almost certainly means there is plenty of added sugar and too much salt; and they are made from highly-refined ingredients that slide deliciously down the throat.

Who eats chickpeas, dark-green leafy vegetables and pumpkin because of their stunning flavour?

Luckily turmeric is one of those spices that imparts an enormously rich-flavour to our food; we take great pleasure in adding it daily in small amounts to our cooking.

Does turmeric help with inflammation? Yes, it certainly does.

Does turmeric help with the inflammation always associated with raised blood-sugar, and diabetes in general? The research makes interesting reading.

Scientists, reporting in the journal Nutrients[1] state that curcumin, one of the active ingredients in both turmeric and ginger, delays diabetes development, improves the function of beta-cells in the pancreas and prevents their death. It also makes us more sensitive to the effect of insulin on our tissues.

That means that even if we are significantly overweight, turmeric will in part ameliorate the noxious effect of raised blood-glucose; it will delay the onset of diabetes and increase the ability of our cells to take up glucose from the plasma.

However let it be plainly said; this does not mean license to consume meals high in refined starches. The Indian community in South Africa enjoys prodigious amounts of turmeric and ginger in their cooking, yet has one of the highest rates of diabetes and associated heart-disease in the world.

Neither all the green tea in China, nor turmeric in India will save us from the ravages of diabetes if we have an overly-sweet tooth.

Does turmeric help with inflammation of diabetes; yes, it certainly does. Add it to your foods daily.

Parkinson's disease is a pernicious illness affecting nearly 2% of older folk causing tremors, and difficulties with both standing and walking; and cognitive-defects too.

Along with Alzheimer's disease it belongs to a group of conditions collectively known as neurodegenerative. Does turmeric help?

Specific cells in a nucleus in the head known as the Substantia Nigra, and in the lining of the colon, now being called the "second-brain," are destroyed by certain toxins causing a depletion of dopamine. Medical treatment is directed at replacing this neurotransmitter; in the early stages there is symptomatic relief but long term the relentless progress of the motor and intellectual disability continues.

Scientists reporting in Curr Pharm Des report that there are several studies showing that curcumin, because of its ability to cross the blood-brain barrier, and gain direct access to those cells that synthesise dopamine, does have neuroprotective properties[2].

The emphasis as always is to protect those cells before they die, not after one has been diagnosed with the disease; the nitrates in processed meat like bacon have been fingered.

Osteoarthritis of the knee is the fourth leading cause of disability; the weight-bearing joints are increasingly at risk in an obese population. Hips and feet are thus also highly prone. Does turmeric help?

In the early stages short term use of NSAIDS and other anti-inflammatory drugs is effective in pain control but over longer periods they have serious side effects. There is increasing interest in the use of herbs and spices in the management of wellness, so researchers decided to compare the effectiveness of curcumin, the active ingredient in turmeric, with diclofenac, a commonly prescribed medicine for arthritis of the knee.

In this blinded study 149 patients with no history of stomach-ulcers were divided into two groups, one receiving curcumin and the other diclofenac. After 28 days they found that the two groups responded equally well in terms of pain and disability[3].

Just as important, the curcumin group lost weight, and nearly a quarter of the NSAID group required H2-blockers for stomach pain.

The researchers concluded that curcumin has similar efficacy to diclofenac but demonstrated better tolerance among patients with osteoarthritis of the knee.

As an aside, those taking antacids and H2-blockers should scrupulously avoid synthetic folic acid supplements.

Scientist have done what is known as a meta-analysis of six clinical trials[5] comparing turmeric with a placebo for depression and anxiety. The results were favourable and they conclude that it is efficacious but more research with larger samples and covering a longer period is needed.

Researchers have found that piperine in black pepper increases the bioavailability of curcumin, the active ingredient in turmeric and ginger[4]. As does enjoying these spices with fats such as those found in avocados, fish and nuts.

It is for this reason that we often use avocado smeared on our toast instead of butter when enjoying Eggs Hilton with a generous sprinkling of black-pepper.

Turmeric has also been shown to increase BDNF levels, a growth-hormone in the brain that stimulates the production of those neurons that improve memory.

This is our first young plant; we look forward to growing turmeric and will keep you updated on progress.

As a general rule I honestly believe that if you can grow it yourself, it will not only save you money, but fresh spices and herbs are always better than that which has been dried. Oxygen does the damage. 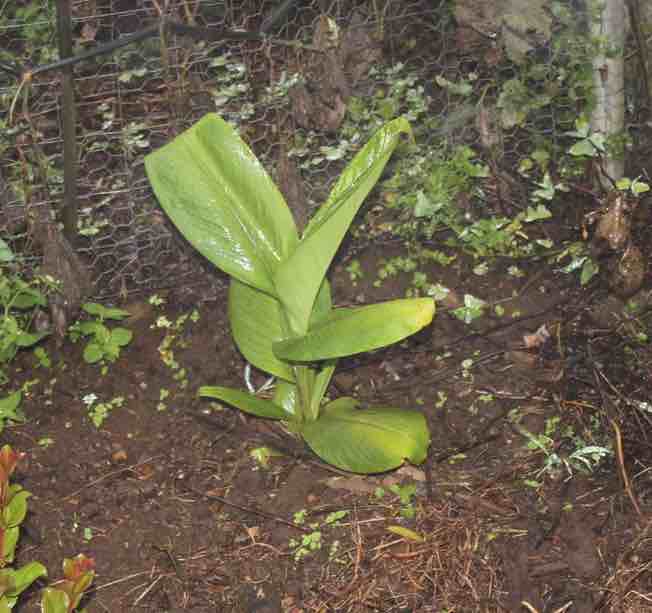 Alas a severe winter killed the plant and rhizome, or so I thought, but I will try again in a more protected part of the garden. It is the first time in forty-years that we have had snow.

To my surprise the turmeric plant survived the extreme weather, shot up in the spring and now two years after planting is almost ready to be harvested. 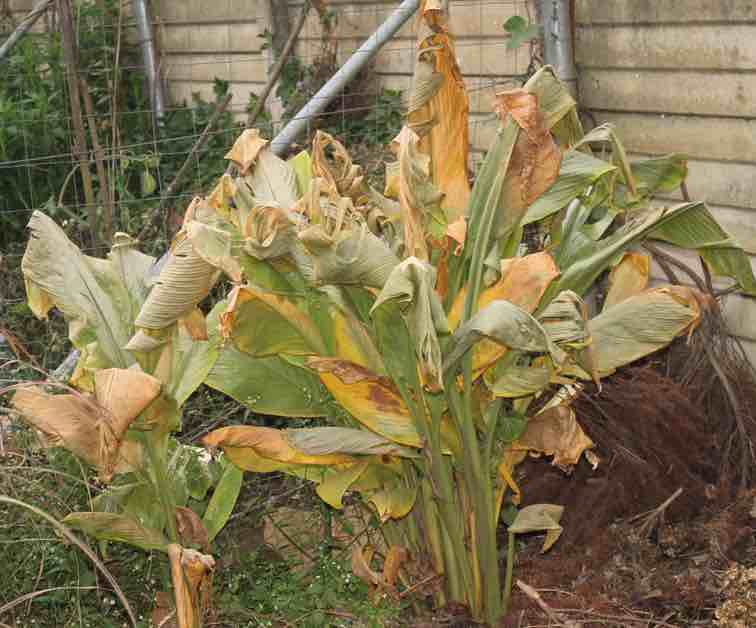 Does turmeric help with inflammation?

Does turmeric help with inflammation is a question often asked by those suffering from arthritis, for example in the knee.