Jansen Hansen Thomas is where Santie Veenstra and Janet Twycross find employment as articled clerks of law. Chapter 19 from A Family Affair by Bernard Preston.

This page was last updated by Bernard Preston on 27 December, 2018.

The interview with Miss Twycross was short and to the point. Majorie rapidly changed her mind despite having already made her selection in favour of Santie. Janet wore the right school tie. She was also a St. Catherine’s old girl, and it took only one phone call to the headmistress to clear away any doubts she may have had.

She also knew Jansen wouldn’t refuse Miss Twycross. Normally he didn’t have it in him to refuse any beautiful woman, but it was the enigma that was Santie Veenstra that had obviously stirred him.

In the end they appointed them both and, for at least another year, JTH would remain an all white company. Privately Miss Hansen sneered at Jan Jansen. He was so prone to wild swings in emotion and opinion. Before the interviews he initially also favoured two African applicants, but having interviewed Santie and Janet he made a true to character turnabout.

Jansen, Hansen and Thomas is a firm of attorneys in Johannesburg, South Africa.

As employers they were delighted in the abundance of talent at their disposal and in the end they were both well pleased with having settled on the two young white women. There was always next year to hire a black candidate.

For over two weeks, Santie toyed with the letter offering her the position at JHT, unsure whether to accept. Mr Jansen’s letter of apology seemed sincere enough, as was his explanation of the belittling dismissal. However, doubts remained and she went about seeking other interviews.

Ultimately it was Marjorie Hansen’s warm phone call that moved her to change her mind, and accept the position. Of her future boss she withheld her judgement. For the present, this was for her personally a good move, despite her reservations.

First Janet, and about twenty minutes later Santie, arrived nervously on the second of January at the offices of the large, well established firm. A brass plate in the foyer proclaimed Jansen, Thomas and Hansen, Attorneys at Law. The lift took them silently to the eighth floor of the tall glass tower in central Johannesburg, and to the start of three years of slavery, also known as Articles.

Despite Santie’s confrontational interview, both women seemed eager to be pressed into service, knowing they were amongst the fortunate ones to find articles in a prestigious firm.

‘Miss Veenstra, may I introduce you to another new colleague. Miss Twycross? Janet, I believe? Yes? Ah, good, I’ve got it right. And this is Santie,’ Jan Jansen said to her.

‘You will be sharing an office for the first three months before you start a rotation with the other staff. Sam, here, will show you to your office,’ he said, introducing them to another younger woman.

‘There will be an informal cocktail party at six this evening to welcome you, so expect me at about five to six to fetch you. Walk around, familiarize yourselves with the facilities, the library, the boardroom and, of course, meet the other staff. Good. Any questions?’

Jan Jansen was the epitome of the successful lawyer. neatly dressed in a dark grey linen suit. Only the striped shirt and flamboyant tie and cuff links gave hint to the real man.

Sam was was on the lowest rung as a secretary but she had been with Jansen and Hansen for almost two years, and she enjoyed making things awkward for new recruits.

‘Good morning,’ Sam said. ‘I’m Miss Starling. If you would like to follow me, I will show you to your office.’ She raised an eyebrow and gave a small gesture with her hand.

‘Of course,’ said Santie and Janet together. Sam Starling was at least a year younger than them.

They took the lift down one floor, and walked along a bright corridor, walled with glass on one side, with views over the city. ‘This will be your office, so make yourselves at home,’ said Miss Starling coldly. ‘Come and ask me any questions you may have. I'm on the other side of the building.’ She didn’t smile.

‘Oh, by the way, the rest of the staff here expect to be addressed formally. Nice to meet you, Janet and Santie.’ And with that she left.

‘Whew, is she a little dictator, or what?’ said Santie.

‘Oh, ignore her. One of those little people. We’ll let her throw her weight around for a few weeks,’ said Janet. ‘Just look at that view. I think we are going to like it here.’

A discordant, smoggy view, westwards from the heart of the city, stretching out towards Pretoria in the far distance greeted them. Far below them they could see tiny people bustling about, and even faintly hear the Combis hooting and jostling for passengers. Only in the middle distance did the slum shacks of Alexandria mar the view of their vibrant new home.

‘With the library, I think. Have you found a nice place to live? I’m in a horrible cheap hotel, and I can’t wait to get out,’ asked Janet.

‘I’m afraid not. I’m sleeping on the floor of three friends’ apartment, but I promised them it wouldn’t be for more than two weeks.’

‘Do you like what you see? Do you think you could stand me as a flat mate for three months? I’ve found a furnished flat not far away, but it’s a bit expensive for me on my own.

The shortest rental is three months, with an option to renew if we want to.’ Santie laughed. ‘One has to take some chances in life and you look nice enough! Let’s go and have a look after work.'

‘We’re both desperate to move, so we’ll make it work, huh, keep out of each other’s hair and, who knows, we might grow to like each other.’ They sensed they would get on, and started exploring the offices. None of the other staff were nearly as stuffy as Sam suggested and by the end of the day they were on first name basis with everyone in the firm except the bosses and Sam. ‘What a snob. Shall we go on calling her Miss Starling?' said Janet.

‘Let’s insist on it for at least three months, and see how she likes it!’ They laughed easily.

A violent electrical storm swept theatrically across Johannesburg that afternoon, clearing the sky of soot and sand. Most days the view was a haze. ‘Even some modest entertainment,’ said Santie, ‘for those boring afternoons.’

‘Ah, the city of gold,’ said Janet nodding. ‘Just look at all those mine dumps!’

This where it all starts.

Bernard Preston's books explore the quirky things that happen in life. For most straight folk, intimacy between women, and men for that matter, is an anathema. 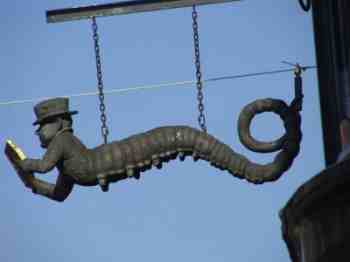 Finding A Family Affair fun? Perhaps forward this to a fellow bookworm; Facebook it too?

What on earth is a very male chiropractor writing about intimacy between women, you may well be asking. Good question! It all started with a very strange dream in traumatic circumstances; you can read about it at A Family Affair homepage. The events described in Jansen Hansen Thomas are entirely fictitious.

Most of my day has to do with lower back pain, often radiating and causing tingling in legs and feet. The next patient this morning has the pain in the buttock, side of the leg and in the groin. There is  a strong connection between the femoral nerve and the hip joint. She's doing fine, and coming for maintenance care; it's chronic and without an occasional, but regular treatment, the pain starts again.