Flatmates sees the two young attorneys getting settled; on bicycles and around the court they start exploring their new relationship.

This is chapter 19 from A Family Affair by Bernard Preston.

This page was last updated by Bernard Preston on 16th December, 2018.

The small two bedroom apartment was perfect for their needs; low rental and an easy bus ride to the office. The furniture was rather tatty and the carpets threadbare, but there were new melamine cupboards in the kitchen, and the bathroom had been completely upgraded. With a lockup garage for Janet’s graduation present, Janet and Santie were very comfortable.

PS. This is an early unedited version of A Family Affair. You can now purchase the whole book for peanuts to go on your eReader, tablet or smartphone.

The first six months at JTH passed in a flash with the young women finding that they had much in common. Janet had let things slide whilst at university, particularly her swimming, but in her last year she was runner up to the tennis champion.

With all her triathlons Santie was super fit but flatly refused to play tennis at Janet’s suggestion.

‘I do not want to play tennis, Janet; it brings back too many old memories. What about some cycling?’

‘Oh, well, okay. I will have to start by buying a bike; they do not come cheap, do they? Mum gave me two thousand rand for Christmas. She suggested I buy a microwave or something but, since the flat has one, would that be enough for a bicycle?’

‘Yes, we could get something second hand for that. Let us watch the newspaper.’

Getting Janet onto the road and back into the pool was not difficult, but Santie stubbornly refused to venture onto the court. ‘I do not understand why you are being so evasive about a game of tennis? This is quite a nice racquet. A bit old fashioned but it is good enough; hardly used,’ she said after rummaging around in her cupboard.

‘I am sorry, Janet. I really do not want to play tennis!’ Santie said tersely. ‘Can we stick to swimming and cycling?’

‘But why, Santie? It is is a lovely game. You teach me to cycle, and I will help you to play tennis.’ Janet was equally emphatic. 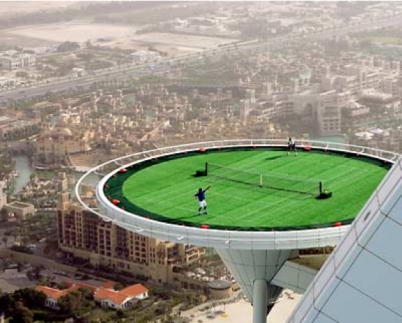 Santie just shook her head and it was some weeks before Janet finally got it out of her. ‘I used to play with my mum before she died. In fact, I was playing in a tournament the day she was taken to hospital; I never saw her alive again.’

‘Nearly twelve. I’ve only played once or twice since. I just choke up,’ she said averting her eyes, and staring out the window.

Santie nodded, turning to her newfound friend. ‘Mum was quite good actually. We played nearly every day.’

Janet was silent for a few minutes lost in thought. ‘Perhaps then it would be good to honour her memory by starting again. I have a feeling she would approve.’ Nothing more was said but within a couple of weeks they were playing floodlight tennis after work twice a week.

‘Gee, you can hit a ball, Santie. Not too accurate but that’ll come.’

A couple of young men called across from the adjoining court; ‘Hey, wouldn’t you girls like a game of doubles?’ Santie quickly turned her back to them, sauntering towards where their racquet covers were lying, but Janet answered enthusiastically, ‘We’d love to.’

Santie looked to make an irritated retort but held her tongue as the lads strolled across.

‘I’m Hans,’ the good-looking one said, eyeing Janet, and obviously approving of what he saw. His hair was carefully groomed with a sticky gel and he had lover boy written all over him. He walked over to her side of the court ignoring Santie.

Hans’s friend waited awkwardly and it was Santie who ended up, reluctantly, introducing herself. ‘I’m Santie; do you play here often?’

‘It looks like those two have hit it off. So you’re stuck with me.’ Santie tried to be friendly. ‘Come on. Would you like to face first?’ The awkward young man walked nervously onto the court, nodding, still not having said a word.

‘Your name is?’ Santie asked impatiently.

In fact, lover-boy was a strong player and they whipped Santie and Anton. By the time their drinks were over, Hans had secured a date with Janet.

What's your experience with Ebooks? Have you tried reading Flatmates? Have you taken to reading books online or a notebook or the new E readers? Let me know via Contact, I'm interested in your feedback.

Getting published these days is very very difficult with more people turning to ebooks, and traditional book sales dropping, and high street corner stores on the wane.

By all means enjoy these unedited early chapters of A FAMILY AFFAIR but once you've decided you're enjoying the plot, it only costs 99c to enjoy the fully edited ebook on your computer. Yes, really only 99c for each fully-fledged book of the trilogy, A Family Affair. Much easier reading than these early notes of the Santie and Janet saga.

Getting more fibre into your diet is the best way open to you, if you love to eat some NO-NO foods. Like chocolate, or butter, or nutrella. It can be done in dozens of delicious and simple ways. A slice of lettuce in your cheese sandwich, an eggplant in your mutton stew, or even hummus with your morning muesli. The apple diet is proven beyond all doubt. The flatmates become adept at it.