Today's Christian women considers an obvious change of heart in the apostle Paul.

Few things have brought more confusion to the faith than the assumption that Western civilisation should be synonymous with Christian practice.

This page was last updated by Bernard Preston on 7th February, 2019.

Few things have brought more confusion to the faith than the assumption that Western civilisation should be synonymous with Christian practice.

In my own country missionaries, amongst whom my great grandfather John Allsopp was numbered, brought the good news to the indigenous people. In his case it was to the Xhosa nation who lived on the South Eastern tip of Africa; the year 1850.

A small village, Port St John's was established, presumably named after the apostle, and not the lesser saint that was my great grandfather. It lies on the Pondoland coast but the river is not really navigable.

"For what I received I passed on to you as of first importance: 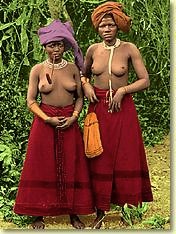 To the Xhosa people there was nothing indecent about these women in traditional dress.

Unfortunately, along with the gospel, yes, still such good news today that Jesus died for our sins, missionaries also brought their Western mores. Worse, confusing their English way of life with Christian culture, they sought to force those standards on the indigenous people.

That is history, and there is no point in continually harping back on what is set in concrete. Such was the domineering spirit of Allsopp, so determined was he to bring his Christian and European ways to the Xhosa people, that he soon became known to friend and foe alike, and to his family also, as Lord John.

They said the narcissist spoke as though he was the Lord.

The apostle Paul saw this danger with great clarity; there was no need to force Jewish culture onto new converts in Greece, for example. Thus he took a strong stand against practices like circumcision of the Gentiles.

Also he spoke very forcefully to his fellow apostle Peter when the latter refused to sit and eat with non Jewish Christians.

Peter for his part eventually realised after a dramatic dream that not eating certain foods was a Jewish practice, and did not necessarily pertain to the Good News.

It was a time of great struggle in church history when Christians sought to see the true heart of the gospel, and to distinguish between culture and the true Faith. It was a time of controversy, as many false doctrines and practices sought preeminence.

Dare we admit it? Could the apostle Paul have had a blind spot? Clearly he did not initially perceive that, along with the Good News, he also brought the Jewish tradition of the place of women with him into Christian culture?

"As in all the congregations of the saints, women should remain silent in the churches. They are not allowed to speak ..."

Whilst today evangelical Christians would be loathe to admit it, these were probably not God-inspired words. Or, has something been lost in the translation? Rather, much of this passage is what I would call a 'chapter of straw' to use Martin Luther's delightful phrase. In the same chapter Paul gets hopelessly confused over whether 'tongues' is "a sign for unbelievers" or on hearing tongues spoken, would unbelievers "not say that you are out of your mind?"

The Resurrection of Christ

What is astounding is that Paul continues in his 'women should remain silent' frame of mind in Ch 15.

Anyone reading this passage for the first time would assume that the risen Christ was not seen by any women, but of course there was Mary; a woman not deified by today's Christian women, but nevertheless, held in great respect.

"Then the disciples went back to their homes (not having seen Jesus), but Mary stood outside the tomb crying ...

Then Jesus said to her, "Mary."

A change of heart

I suppose we will never know what brought about a change of heart in the apostle Paul. Certainly today's Christian women rejoice that current practice in the churches, most of them anyway, is not based on what Paul advocated in 1 Corinthians.

Reading the last chapter of Romans, written only two years later, it's astonishing that we are reading a letter by the same author.

"Greet Priscilla and Aquila, my fellow workers ...Greet Mary who worked very hard for you ...Greet Tryphena and Tryphosa ... Greet Rufus, and his mother, who has been a mother to me too."

These thoughts about today's Christian women have been uncomfortable for me. They challenge whether we really believe that all Scripture is inspired. Were these words of Paul only for the Corinthians? Were they only for the first century believers? Should his teaching be regarded as pertinent to the whole Church Universal for all time?

Certainly there are few Christian churches today who give credence to what Paul said two thousand years ago about the role of women in the church. And those who do, are in serious decline.

FOR EVERY SINGLE WOMAN

Undoubtedly one of the nastiest diseases, osteoporosis is largely avoidable, if we start doing the right things EARLY ENOUGH. When you break your hip, it's too late!

The causes of osteoporosis are now well known, and it behooves TODAY'S CHRISTIAN WOMEN and in fact every single woman to take them to heart. Osteoporosis not only causes severe pain, but you lose your independence, the worst of all.

Use the Site Search function to find the links like causes of osteoporosis and walking benefits below to those topics highlighted in bold.

It's clear that a substantial number of todays Christian women are lesbians and that the problem won't go away. I have no clear guidance on the subject, but it's clear to me that we can not simply write them off, or ignore "the problem." It's here to stay. Is homosexuality wrong? 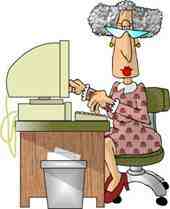 Why don't I look busy? Cause I did it right the first time.