Accept one another is a Christian command that we ignore at our peril.

It is a fundamental command from the apostle Paul and an intimate plea from the heart of Jesus. Christians from time-immemorial have chosen to ignore it; clinging rather to beliefs and practices that may in themselves be important, but simply serve to underscore what is undeniably true that we are all heretics. 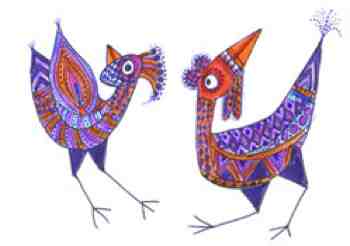 This page was last updated by Bernard Preston on 27th March, 2020.

We Are all heretics

Not one of us Christians, from the Pope down to that last tearful person who just joyfully yielded his or her life to the Lord for the first time, have got it all right. We are all heretics.

We have all gone astray, and not one of us have all our ducks in a row.

I very much doubt that Pope Francis, a man I greatly admire, would disagree.

In Romans 14 and 15, the apostle Paul gives a powerful injunction to all Believers; accept one another. This is not by way of an option, it is a direct command from the Apostle. We ignore it at our peril.

The apostle Paul gave the command, knowing full well that there were going to be dissensions; there already were.

As an illustration he used the matter of what we as Christians may eat and drink.

Already it seems the Believers of the time were at odds with each other over whether they could meat and drink wine; Christian hypocrisy has a long track-record. Learning to accept one another, despite our differences is part of our spiritual growth.

Knowing this, Paul gives us a series of commands:

Christian Defiance and a disbelieving world

... appreciate divergent views and to recognise that the truth is rarely plain, and never simple.

But through the ages, and never more so than today, we Christians have chosen to defy the heart of Jesus and the commands of Paul. Rather, we cling rigidly to our beliefs, important though they are, and break the heart of our Lord.

What we may or may not do on the Sabbath, what we should wear, baptism, whether priests may marry, the authority of the Pope, whether the world was created five thousand, or six billion years ago have all become more important than obeying our Lord's command.

Of course I could go on. Darwinism, speaking in tongues, homosexuality, whether a Christian couple living together in a committed relationship, but technically unmarried, are in fact living in sin. How we Christians love to use hurtful words when we speak of and to our brethren.

Brothers and sisters, who are we, being heretics ourselves, to pass judgement on other servants of our Lord?

Jesus himself said it all: that the world may believe. Does it come as any surprise that the world laughs at us, and refuses to believe in our Lord? Of course not.

Both Jesus and Paul repeatedly tell us what is at the heart of the good news, is that the Kingdom of God, is not about eating and drinking, or this and that doctrine I might add, but of righteousness, peace and joy in the Holy Spirit.

A plea from my heart; when you meet Christians this week from another persuasion, seek out what you have in common, a Jesus who is the only begotten son of God, crucified and raised, and who will one day return to fetch his bride.

Who simply longs for the unity of all Believers, that the world may believe, and will most certainly ask us to give an account of our hardness of heart, our stubborn rebellion in the face of revealed truth. We do not burn other Believers at the stake any longer, not literally, but we still do it just as effectively.

We really do not know how seriously our Lord will take this rebellion, and our apt determination to bring dissension into the Church Universal. Who knows, we may well find ourselves excluded from the Kingdom.

Our doctrine was ninety-five percent right, but we failed to love our brother, our neighbour and our enemy in defiance of our Lord's direct plea and prayer.

"Convictions are more dangerous enemies of truth than lies."

Will you do it? Accept one another? For Jesus? For an unbelieving world desperately in need of a Church that is a beacon of hope, rather than ...enough said.

There is a limit to how far we can go to accept one another, you may say. But the way prickly Christians, like angry stinging bees, swarm from the mother nest to form a new sect over the tiniest difference of opinion, in open defiance of our Lord's direct command, can only be described as sin.

Is it really that crucial that you cannot live with a Spirit-filled Christian who has not been give the gift of speaking in tongues? Worth disobeying your Lord over the issue?

I personally have grave difficulties with those who deny the divinity of the Christ. Indeed he is the first-born of all Creation, but He is also the Word through whom all things were created.

And I have grave difficulties with Pope Gregory who excommunicated all married priests, and whose door we can firmly lay all the Catholic sex abuse that has brought such shame on all Christendom.

But does that mean I will not accept my Roman Catholic neighbour as brother or sister? Certainly not.

Brian McLaren writes disturbing books, none more so than Everything Must Change. He is a profound writer, calling for Christians to start making a difference in God's world, and not just preparing themselves for the next; may His will on Earth be done just as it is in Heaven.

This book will change you, so beware. It is undoubtedly one of the most absorbing tomes that I have read recently. I recommend it unreservedly, but it is not for those who are unwilling to stop and consider their values.

Whether you are a Christian or not, one thing must change; we need to learn to treat Brother Ass more kindly. He bears not only us but also the Almighty.

Few issues divide the church today like homosexuality. It threatens the Anglican Church (my denomination), threatens to split it right down the middle. It is certainly endemic amongst the priesthood in Catholicism where it is expressly forbidden. HOMOSEXUALITY WRONG?

Just how far we should accept one another's peculiarities is always going to be a moot point. Yet it remains one of the express commands of our Lord.

Personally I, Bernard Preston, am still struggling with the issue. Out of that wrestling was born A FAMILY AFFAIR; It is a complex book of rape and intrigue about two young women, Santie Veenstra and Janet Twycross, who find love and acceptance in one another; and of the four illicit children they bear, fathered unwittingly by Peter Thomas. Sample it now; Chapter One: JAN JANSEN ... 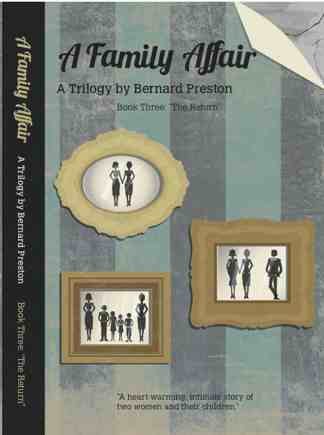 Backcover Book I: The Bostonians.

A Family Affair is the heart-warming trilogy about family with a difference. It has two Moms, but no Dad.

Janet has a happy childhood; it is at her Diocesan School for Girls where she first tastes the forbidden fruit. But Santie’s mother dies and the child is sexually abused by her father. Whilst at the Police College a gate slams shut, wiping all memory of her abused childhood from her mind, but leaving her very conflicted.

After studying law, their friendship blossoms whilst doing their articles but Janet is raped by their boss at a beach party. Deciding to keep the child, Klein-Jan becomes the honey in the sandwich that sweetens and cements their relationship; until the toddler is kidnapped by his father.

Darkness ensues and Janet becomes very depressed. Eventually, in desperation their gynaecologist suggests that they have another child. But how do two women conceive a baby?

Enter Peter Thomas; is it possible for a man to be hoodwinked into siring four children and be none the wiser?

Concealed in Holland from Interpol by his father, Klein-Jan now aged twenty undertakes a journey to discover his roots.

Set in South Africa, A Family Affair is both a lighthearted and easy read, but also takes an inside look at serious issues; women in love, rape and abortion. AIDS and the profound love of a grandmother also come into the equation; it was from her home that KJ was kidnapped.

It is rather more than a Mills and Boon, I think you will find. Sample a few free chapters of Bernard Preston at the A Family Affair home page from the navigation bar above.