The broad bean season means a reduction in the tremor in my right hand.

I look forward to the broad bean season with unusual emotion. Firstly it means a lessening of the tremor that has troubled me for thirty years; and secondly it haunts me just how wrong one can be in life.

It’s well known that medical anecdotes have no scientific significance whatsoever. “I was infected by a virus, took vitamin C and was fine after three days.”

It is meaningless. One has to take hundreds of people with the bug, divide them into three groups, giving one an orange, another a capsule with the vitamin, and the third a similar-looking pill with a placebo. How did they fare? Now you have a point of discussion. 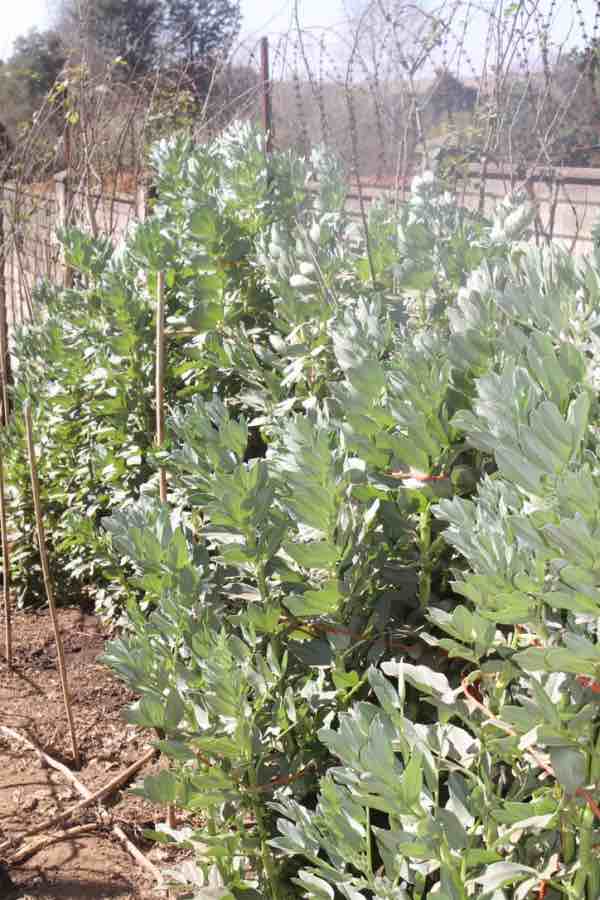 But what if the anecdote is backed by strong science? Reporting in the Journal of Clinical and Diagnostic Research doctors have this to say.

“The consumption of broad beans can increase the levels of doopamine in the blood, with a marked improvement in the motor performance of the patients with Parkinson Disease, without any side effects.[1]”

My difficulties began some thirty years ago, with no known cause. A very thorough examination by a specialist concluded that it was not Parkinson’s Disease but an "essential tremor." It was and still is not noticeable at rest, but rather when stretching out, and particularly holding a spoon. He said it might get worse, but not necessarily so, and later on may later turn into one of the neurodegenerative conditions.

Of course I was terrified but he was right and it has not worsened and in fact more recently has been markedly better. Why?

How wrong one can be. As a teenager I was once forced to eat broad beans without complaint when we were visiting friends; they were old, starchy and perfectly horrid. I vowed they would never pass my lips again, a promise I kept for fifty years.

Then when visiting family a mystery was amongst the various dishes served. They were young, tender and simply delicious; broad beans, my host told me.

I decided to start growing them, not knowing how important they would be for my health. And so began a new adventure with this legume, also known as a fava-bean. Discovering it is the second richest source of vegetable protein, about a quarter, it fits with our determination to eat less red-meat; and then that it is the only significant source of L-dopa.

That triggered memories of dopamine, the vitally important neurotransmitter that is deficient in those suffering from Parkinson’s Disease, and so began a literature search on the subject.

And so came the discovery that there are indeed many papers on broad beans, L-dopa and Parkinson’s Disease. I also noticed that during winter when they grow prolifically if you have enough water for irrigation, that my tremor was much reduced, in fact almost completely gone, for most of the day after eating just one young pod for breakfast.

By next morning the tremor was back. I need to experiment with having one at night too for supper. It turns out that the pod has twice as much L-dopa as the beans themselves, and I have a suspicion the leaves too; they also seem to help when the plants are young before the fruit has formed.

This is summarised in a page entitled are favas shell beans? Yes, they are but don't forget the pod; it is a rich source of fibre, vitamins and that L-dopa.

Those scientists report that those beans have double the amount of L-dopa when sprouted but I have not tried that; we enjoy them green straight from the bush.

Also there is considerable controversy over the so-called antinutrients found in beans and many other foods. There are far less of them in young, green favas as compared with those that are dried. They are more digestible. 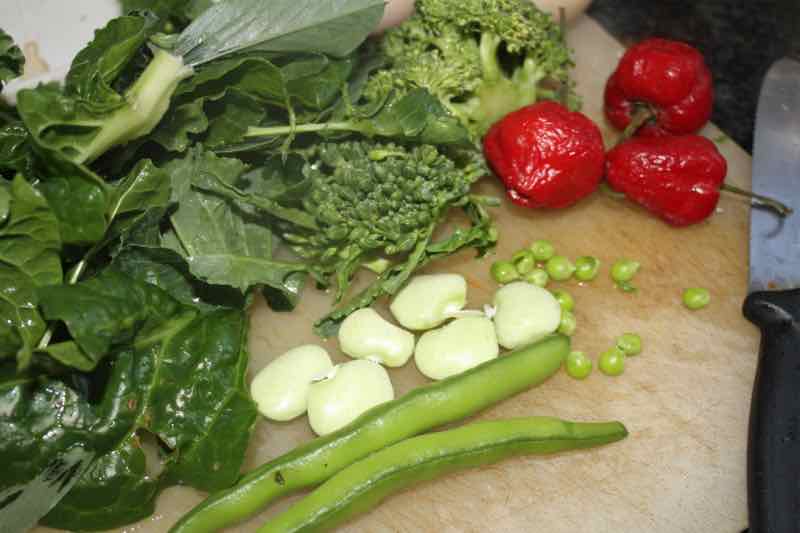 Getting green legumes all year round is a bit of a challenge. In spring we plant runner and lima beans. In autumn it is more peas and of course our favas; they will reluctantly grow in summer too but they don’t seem to relish the heat and humidity.

I find it absolutely fascinating that in all five of the Blue Zones of the world, where ten times as many people live to healthy and vigorous old age, completely independently they all grow and consume broad beans[2].

We enjoy our peas and beans strangely for breakfast in our Eggs Hilton. On a slice of sourdough toast made with 100% flour we find that it stays with us for the whole day; the so-called "subsequent meal effect." One is not constantly famished, reaching for cookies and colas.

“The subsequent or second meal effect is the ability of whole grains and legumes to lower postprandial glycemia not only after the food but also later in the day and even 24 hours later.”

- Journal of Nutrition and Metabolism 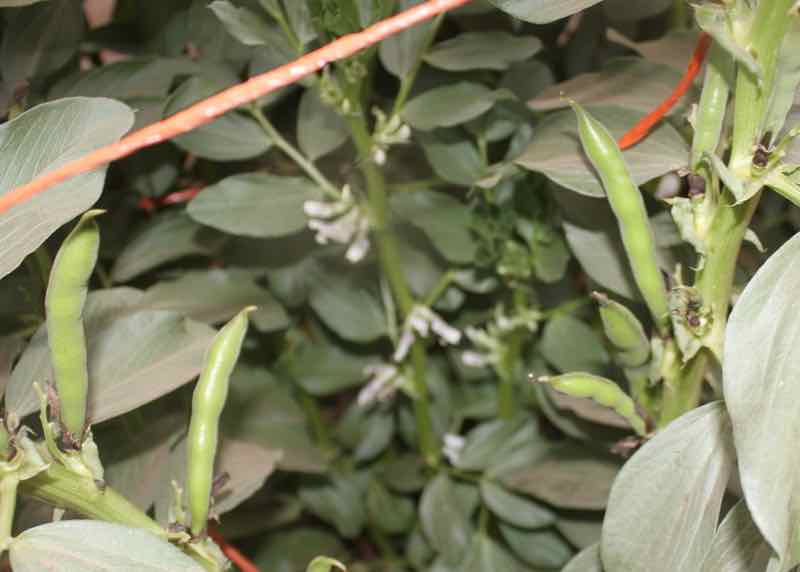 We give the dish much of the credit for the fact that in our eighth decade we take no medication whatsoever, and only rarely have to consult our doctor. Now that is indeed an unproven anecdote. Would it not be fascinating to follow 100 people with tremors if they were to start growing and enjoying broad-beans every day?

I am a fan of Prof Tim Noakes and follower of his high fat, low carb diet; but where we part company is when it comes to legumes and 100% whole grains. The Banting people seem to lump them together in the same basket as sugar, white bread and chocolate cake.

They are indeed carbohydrates helping to prevent rather than cause abnormally raised blood glucose; it’s the insoluble fibre and "resistant" starch that make the difference. Nutrition is indeed loaded with controversial and opposing opinions. The broad bean season is just one more.

So there are two types of hunger. The more common one oddly comes from eating refined starches and not enough legumes. The subsequent meal effect that we experience in the broad bean season and baking our own bread from 100pc flour means we very rarely feel peckish during the day.

The first type of hunger comes simply from ignorance. We should all know by now that the industrial diet as it is being called leaves us famished by 11 o'clock, and makes us obese.

The second type of hunger however comes from simply not having enough to eat. It is less serious in that starvation kills half as many people in our world as obesity; and since the pandemic that should probably read a third. The virus is targeting type-2 diabetics.

Let's talk about hunger considers how the poor could and should be taught to grow their own whole grains and legumes. It's not rocket-science; or higher mathematics as the saying goes in Holland. Just a little knowledge about how to plant broad beans and corn would solve much of the problem.

The broad bean season could be all year-round but they certainly prefer the cooler months.

Freezing broad beans is a good alternative to make the protein available for the whole year.

This tabbouleh with broad bean dish is simple to make, contains a whole grain and plenty of that L-dopa, as well as lutein for prevention of the primary cause of adult onset blindness; truly a medicine chest.

We are into the winter of content in our village in the Midlands of South Africa; the favas as they are often called are looking magnificent. Add half a glass of milk or an egg and you have all the complete protein you need. There is absolutely no need for anyone with a small garden to go hungry.

Interestingly the longevity diet promotes low protein meals, rich in legumes, except in children and the elderly who should enjoy greater amounts of amino-acids to prevent frailty. Is it time for you to start toying with a broad bean season?