It is time to go solar as the price of installing PV-panels and an inverter has come down significantly.

There has never been a better moment to consider going solar than right now. The cost of installation has dropped dramatically, and according to Ted Blom we can expect at the very least a 15-percent increase in the price of electricity every year in South Africa, and probably a lot more, for the foreseeable future. Eskom is bankrupt.

In late 2021 Eskom defaulted on reducing carbon-dioxide emissions; they are faced with an investment of R300bn to clean up their act, adding an extra 10% to the price over and above the 20 percent already agreed upon. They are also the worst SO2 polluter in the world.

This page was last updated by Bernard Preston on 11th December, 2021. 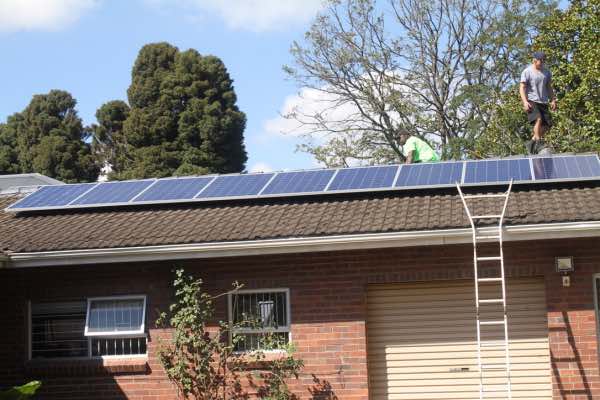 In 2019 they called for a doubling of the price in the next two years.

Perhaps the most compelling reason is that when your neighbours are turning on their generators, because the grid has failed yet again for one reason or another, you will be smiling. Keeping your sensitive electronic equipment on your own power means far less damage from mains-surges and lightning. And of course you will be saving the planet from greenhouse gases.

The price of large solar panels has dropped to an all-time low; it is best to use them because the cost of installing small and big ones is the same. A 2021 update on this is that massive 545W PVs now cost just R3700 each. Ten of them would make a very good start for anyone wanting to invest.

As I have so often said, go as big as you can from the very start.

Having said that, the most efficient PV panel in 2018 was apparently the 270 watts. Just one would fire up 50 LED light bulbs. Ten would charge your electric vehicle, or the oven for roasting a chicken. These factors are changing all the time; do your homework to evaluate the current situation.

Until the fairly recent past, the modus operandi was watch an installation, do one yourself, and then teach another person how to do it. Fly by night electricians have made for a lot of unhappy customers.

I could have even installed them myself for clients. But there is a sophistication about building a solar farm that is not to be learned by doing a few projects.

Look for a company where you can get the service and backup you need; people you can talk to and keep you happy.

A local very experienced company doing large installations advertised 5 kW of panels, in 2019, a relatively sound GoodWe 8 kW Chinese inverter and a 7kWh battery pack for around R200,000, though I would recommend rather more storage power depending on whether it is lithium, or not.

Lithium right now is probably the best, because you can drain them without damage, though new graphine state of the art batteries are apparently on the way.

The older generation lead-crystal batteries do require extra care; ours were fine after seven years but then started dying and we have upgraded to lithium, and are very pleased we did.

Another experienced Pietermaritzburg company will install an excellent 10kW South African inverter and 7.4kW lithium battery, with 2500W of panels, all for around R230,000; this is at the end of 2019.

There are four brands of inverters manufactured in South Africa; should equipment fail it can easily and quickly be repaired. I use one of them, called Microcare; I am very satisfied.

When in doubt about a prospective installer, phone the manufacturer and ask if they can recommend the company.

You can do the numbers but remembering that, until the fairly recent past, used only about R10 per month of electricity, plus the connection fee to cope with rainy days, with a minimum of 15 percent annual increase, and the convenience of your own clean power, is it not time to go solar?

"There is hardly anything in the world that some person cannot make a little worse and sell more cheaply, and the people who consider price only are this man's lawful prey."

Now we have gone on to prepaid electricity from the Municipality; no more of that much hated MCB charge. I will be writing more about that soon. The long and the short of it is that two families, seven people, are using around R100 from the utility per month, during inclement weather, mainly for hot water.

After six years my own solar farm is paid off and every year now financially speaking is in the pink.

This article in the Natal Witness was originally written in 2016, but updated in April, 2020.

"For the consumer Tuesday’s decision meant the increase in the electricity price for the next three years, starting in April, 2021, will have an additional 10% over and above whatever other cost-factors was decided by Nersa.

The only bright side I can see is that the ever-increasing prices of Eskom electricity are making the alternative, which is renewable energy, more attractive.

The business case for solar and wind-power is becoming better as utility prices rise.”

It is time to go solar whether just for the preservation of the planet, keeping carbon dioxide levels down, or simply available power when the grid fails. It is certainly cost-effective.