A prepaid electricity conversion is costly and only for those with a solar generator; or if inept city-officials have driven you to distraction.

There have been legitimate in my opinion complaints in the press about the cost of changing over to prepaid-meters. 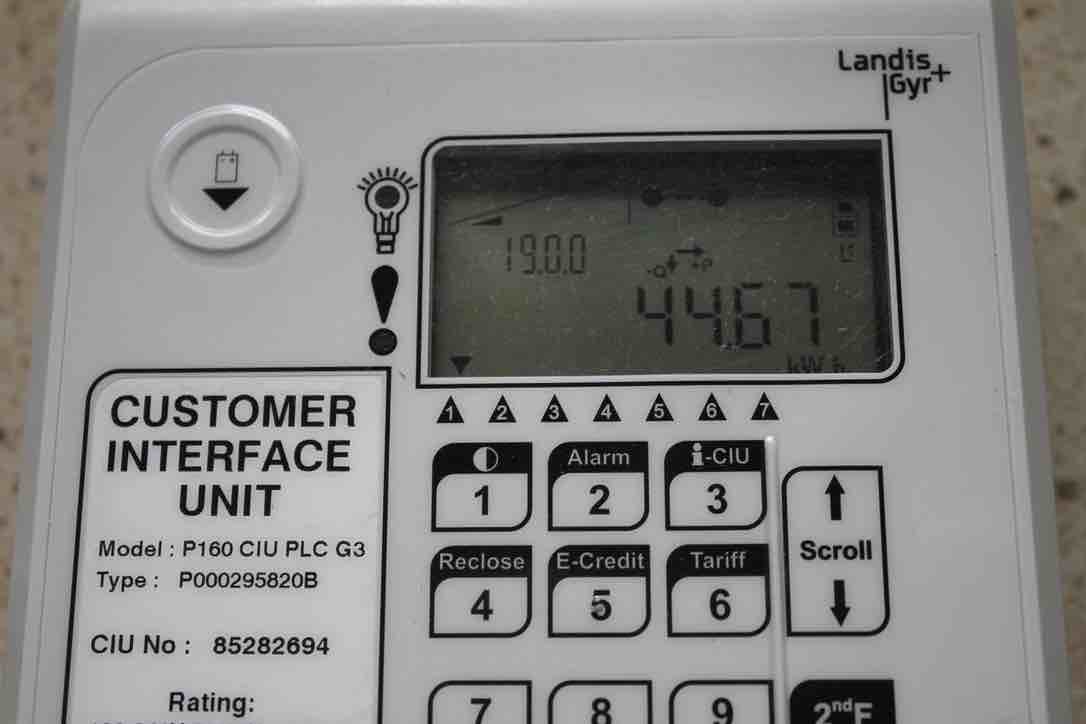 Firstly you have to double your deposit and pay about R4000 for an inexpensive-meter and half an hour of an electrician’s time; it does seem excessive. That alone acts as a powerful disincentive.

Despite the above, for us with a solar farm on our roof, it has been a positive step. There are two big-pluses. The first is that you will never get an outrageous bill from the municipality and be told to pay first and then come in and query it.

The second is that you can avoid the much disliked MCB-charge; a flat rate no matter how much electricity you use. To counter this, you will have to pay a significantly higher tariff for your power.

On this point I was told by a senior official that when going on to prepaid, for a 40-amp meter, I would be charged R1.45 per unit. But there is only one place in Hilton to purchase your vouchers, and it is R1.69. Perhaps it is cheaper at the municipality offices in the city but the point is, buyer beware. All is not as it seems.

What is interesting is that our consumption has more than halved since going on to prepaid. Somehow, when paying on credit at the end of the month, one is much less vigilant; when you see the units ticking off on the meter, one becomes far more conscious of the expense. Do I really need to iron this shirt, and could I take a shower later once the sun has heated the water are questions that come sharply into focus.

Having a solar farm makes us far more aware of the weather and of the choices one is facing. Should I use the dishwasher and pay the charges or must I today because it is cloudy do them in the sink myself?

Whilst the officials at the municipality were not unpleasant and seemed quite efficient during the change over to prepaid, dealing with payments is another story. Often having paid on time, our account was not credited and we were charged penalties.

Prepaid electricity means you no longer have to deal with officialdom. You will also not have someone arrive at your gate on Sunday to ask for a meter reading. There should be no further accounts from the municipality to be pored over and questioned. However in these coronavirus days we continue to get statements from the inept department; perhaps it was automatically generated and the humans are locked-down.

Much has been written in favour of going off the grid; however it meant big, expensive batteries and cold showers during inclement weather. Instead of installing a gas geyser at considerable expense to supplement the solar heated water, we decided to change over to prepaid. A lot of thought was put into this, and I believe it to be the right decision. The mains switch remains firmly off most of the time, stopping any unwelcome voltage spikes like our street had eighteen months ago, but the municipal power is there when it is needed.

We are really two homes, with seven people living here; the main house and the Gardeners’ Cottage. Changing to prepaid has meant that our electricity bill has dropped from around R600 per month to about a sixth. It will take less than a year to pay off the costs of the change. Just as important we will no longer have to deal with City Hall.

According to the mathematician in the family, the break even point is 667 kWh if you have a 30A MCB. In short it would not be worth your while to change over to prepaid electricity, considering the huge costs involved, unless you were using less than say 200kWh per month, which is nobody without solar power. Or unless you have an uncle at City Hall and can negotiate a lower fee.

Obviously we need to cut our cloth according to our means, but I would recommend 5kW of panels and one 7kWh lithium battery per family, and medium sized inverter. The cost is around R200,000, and that is a lot of money, I know. It will power the dishwasher and oven, the lawnmower, power tools and even charge your E-car on a sunny day. During cloudy weather, you wash the dishes yourself, cook on gas and use municipal power for the rest. It is all about becoming resilient to the changes we are facing.