Lithium batteries are at present the best way to store electrical-energy. There are many new types coming onto the market but at this stage they are still more expensive and less proven.

Lithium batteries are far more compact and enduring than lead-cells and are at last becoming much cheaper. 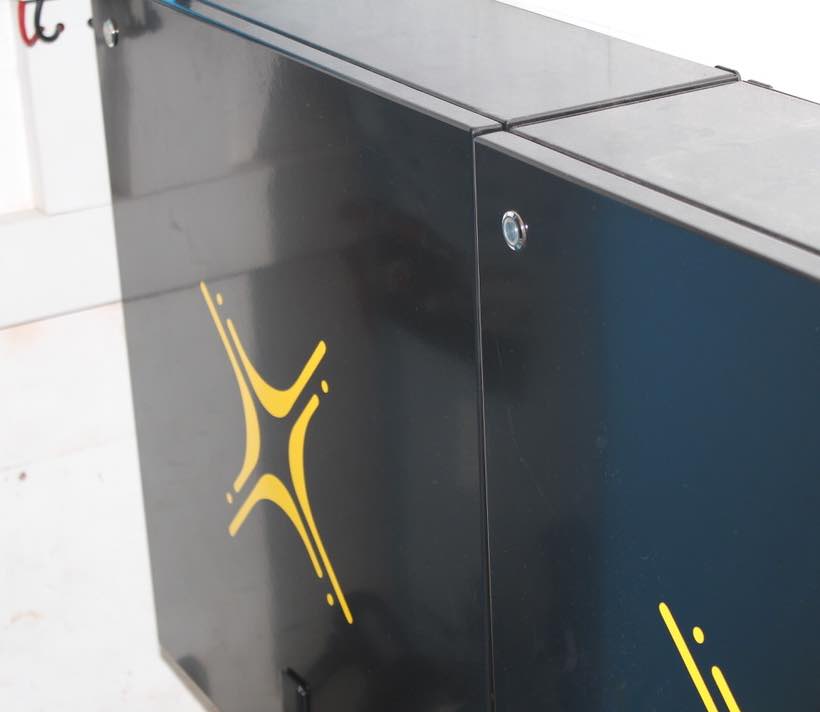 This page was last updated by Bernard Preston on 2nd July, 2021.

I am on record on several occasions in this column, of speaking out against going off the electrical grid. The amount of money that you would have had to spend on batteries made it nonsensical, unless you have very high line-charges; but times have changed.

Two of the factors favouring going off the grid have not changed. The price of municipal electricity continues to soar, and its reliability in South-Africa at any rate leaves much to be desired.

Whilst blackouts are less common due to the shrinking economy, power-surges damaging our appliances continue; the cost of repairing computers, television sets and other sensitive equipment must come into the equation.

But the other important driving-factor has changed dramatically. You can now buy a 7400Ah lithium battery assembled in South Africa for R45,000. That is a lot of storage capacity, and quite adequate for the average home unless you want to run the oven and dishwasher at night.

Lithium-ion batteries have many advantages.

Firstly they are relatively small, light and compact compared to the old lead-batteries, and without all the interlinking connections to get  the equivalent amount of storage; that makes them safer too. They fits into a cabinet 600mm square x 190 deep that can be attached to the wall.

Secondly they can be safely cycled far deeper than a lead battery; one dare not take the latter below 50 percent if you want them to last, but a lithium-ion cell can be regularly drained to a half of its capacity, and some say even less.

It comes with a 10-year warranty; you will never get even a quarter of that for a lead battery.

Thirdly it is a sealed unit with no odours or gas-emissions; it can be safely installed in your house. There is an interesting Australian battery that is proving popular called Redflow but far more expensive and it does give off some vapours; it can be drained to zero. Nevertheless they are an option to consider for certain installations.

Fourthly at the same voltage from the solar panels, a lithium-battery can accept a far higher current; it charges quicker, and is better able to deliver more amps too without a drop.

I suppose I should thank the Municipality for sending us that 431V surge last year that did so much damage down our street. It was the last straw, and drove us to reconsider our aversion to going off the grid, and to look at the new battery technology.

We have used less than a dollar of municipal electricity in the last three-months to heat the shower on a few cloudy days. Installing a gas geyser was initially considered for the occasional misty weather, but we are ready to go off the grid. Good riddance Eskom and the Pietermaritzburg electricity department with all your woes. Around R170,000 would enable you to do the same.

Instead of going off the grid, we have opted to change over to prepaid electricity albeit at a higher rate; you pay only for what you use. Most of the time the mains breaker remains in the off position protecting us from surges.

The next step is an affordable all-electric vehicle that can be charged for free. There is alas nothing that I can see in the pipeline; they all seem to be half a million and more, with the Nissan Leaf at the bottom of the range. Surely there is an opportunity to be had for a SA manufacturer willing to test the market with a people’s car.

And now I write an update; the E-car has landed.

Best of all, by going off the grid you will be doing your bit to preserve the planet for your grandchildren.

We are essentially two families living in adjacent houses, so we decided to install a couple of the lithium ion batteries. Yes, it was costly, but when you reckon on no electrical bill for seven people, the extra will soon pay for itself.

If only because of the convenience of ample, clean electrical energy.

We still have these eight old lead batteries, using them as a backup on a rainy day, if needed. They are used daily to bake our bread, or would soon sulphate up; they are drawing power generated by our mobile solar panels. We will probably dispose of them in the near future. Yes, they are gone; they sulphated up with insufficient use. 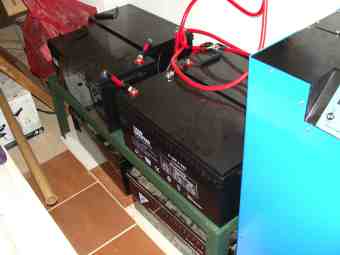 It is now eighteen months, and time for an update on the state of our lithium batteries for use in a solar environment. First, they have exceeded our expectations and we are very pleased to have made the change. We have not used municipal prepaid-power in over a year.

There are two ways to pay for electricity in South Africa.

Going off the grid is still impossible for us with occasional bouts of extended inclement weather; that would mean cold showers. However a move to prepaid means our bill for the two homes has dropped to less than R100 per month.

The younger generation is finding it difficult to accept that you cannot always have the dishwasher or oven on right now, regardless of the time of day or the weather.

The gas geyser is no longer in our equation; water is heated with electricity from the inverter, and in the second home, with a family of five, occasionally from prepaid.