Natural pest management recommends alternatives to herbicides and other toxic chemicals that should be considered friendly-fire; they destroy not only the bug in question but also its innate enemies.

The first thought for those committed to permaculture is planning a diverse group of seeds. There is nothing more a bug likes than a monoculture garden or farm; it can move straight from one plant to its nearest neighbour creating mayhem. That is why army-worm, for example, is so destructive in a corn field. 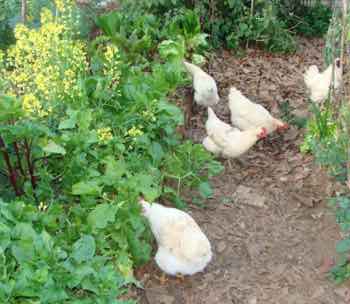 This page was last updated by Bernard Preston on 7th May, 2021.

We found for example that instead of planting a row of pole legumes that last season were under attack from the Mexican bean beetle, setting seeds along a fence covered with granadilla plants gave a measure of protection; it is known as interplanting.

We now interplant our pole beans with limas.

Pesticides that certainly would kill the bean beetle would also destroy our honeybees that were collecting nectar and pollinating the flowers.

There is little sense in using insecticides that would decimate the very pollinators that we were trying to encourage.

Likewise, herbicides would kill many of the indigenous weeds that those natural pollinators would rely on once your crop of beans is over.

Having a wide variety of plants in the garden, and in farmlands commits to the insects that we as a human race are so dependent on; every third mouthful we eat is totally reliant on honeybees that carry pollen between flowers.

For example, the yield from a field of sunflowers is increased by 35 percent if honeybees are introduced to fully pollinate the plants. The use of insecticides would totally destroy that symbiotic relationship.

Wandering around the summer backyard we noticed that pollinators like honeybees and butterflies particularly love the broccoli family, sweet basil and citrus; and avocados too. Planting these around the patch supports the friendly insects that an environmentally friendly garden is so dependent on.

So too planting indigenous trees like the halleria lucida that produce an abundance of nectar would support the pollinators; and the sunbirds too.

Just as our bodies are dependent on a wide variety of coloured foods for optimal well-being, so our bees would benefit from the pollen of butternut, peas and beans; and a wide variety of fruit and vegetable plants in our gardens.

Add to these the indigenous plants like aloes and the much loved spekboom that provides an abundance of flowers sought by many insects and birds, and the condition of our pollinators is under-girded.

Even the blackjack weed provides a lot of nectar for insects when all else may be drying up.

Chickens in the garden will control many of the insect pests that bother us. For example, as mentioned above, the Mexican Bean beetle was devastating our crop for several seasons to the extent that we almost stopped growing them; then we introduced half a dozen hens and, imagine our surprise, that thereafter we had almost no trouble from the bug.

I could go on about the sweet potato weevil that covered the root with a myriad of ugly black spots; now, since the chickens arrived, we have little trouble. Likewise with the army-worm that has devastated local crops of corn; I could mention many others.

Therein lies a tension however; the hens also root up the weeds even more effectively than any herbicide, helping the gardener enormously, but destroying some of the useful plants that provide nectar and pollen for our pollinators, and for us. This year they have torn into my pea seedlings.

Our solution has been to create large runs of a thousand square feet and more for the hens; whilst they are scratching out the weeds and larvae of our pests in one, we can plant our vegetables in the others, and then we rotate.

Since the introduction of chickens, there has been absolutely no need for insecticides. It's a wonder to behold the hens chasing pesky grasshoppers around the garden, scratching for larvae, and pecking out the cutworms. They make for a far more natural pest management environment.

White fly on the citrus and aphids throughout the garden have been a real problem, sucking the life of young shoots. This product from white oil manufacturers has been a great success; make your own. The bugs have been asphyxiated, not poisoned. Direct the spray as accurately as possible, doing your best not to kill any ladybirds that are their natural predators. 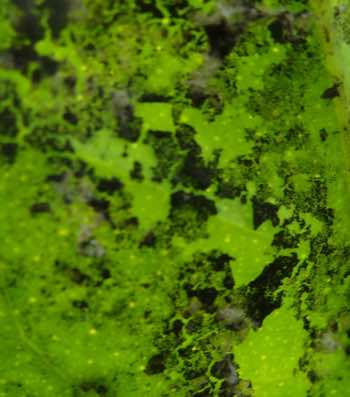 Pulling out weak plants that are the natural targets of these bugs is also helpful; they don't produce much of a crop anyway.

These cages were originally built to keep the hens out of the boss' favourite seedlings; they too can be pests. However she soon found they were even more useful to keep other pesky birds out of her other fruit and veg too. These strawberries nutrition facts are a vital part of caring for the eyes, and preventing metastatic disease; they are loaded with anti-oxidants.

Welding up these chicken tractor designs to keep the birds out is not difficult.

There is interesting research that shows that the leachate from our farms also acts as a natural pesticide. I'm using it right now with some success against the black aphids that are having a field day on our fava beans. Read more about it at the wonder of worm farms. 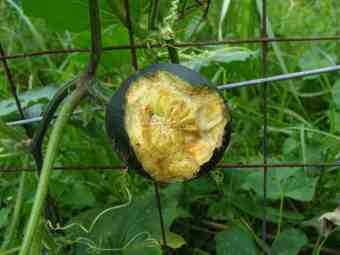 Vervet monkeys are a huge problem in the South African garden; they can devastate your vegetables in a very short time. Infuriatingly they take one or two bites out of immature fruit, and throw it down in disgust, moving on the next gem squash, or corn-cob. The paintball gun is my best solution for natural pest management; it stings but doesn't kill or maim.

Keeping bees has been the hobby of my lifetime; last weekend I harvested 270 pound jars from nine hives. Natural pest management is a problem there too; the drongo is a bee eater than can decimate your hives, eating up to 300 each per day.

They are basically good birds, cleaning up a lot of other pesky insects in the garden, so we don't like to kill them; a paintball fired at the branch they are sitting on keeps them at bay for a couple days. Read more at this reader's question; bird pressure on hive productivity.

It's of great significance that the EU has voted for a two year complete restriction of neonicotinoid herbicides right across Europe because of the damage they cause to bees' brains.

These chemicals like Roundup, for example, are so widely used today, and remnants are found in our food too; what are they doing to our brains?

Bee populations have been dropping alarmingly for the last eighty-years when proper counts started being made in the US. In the 1940s there were 6 million hives.

By 1970 it had dropped to around 4 million and currently less than 3; and this despite a great increase in the need for pollination as for example the almonds in California.

Roughly one in four mouthfuls of our food must be pollinated by honeybees.

Whilst the blame has been laid at the door of agricultural pesticides, loss of environment and many other factors, it turns out that humans are the chief-cause of the decline of bees.

In Florida alone there are ten large pesticide companies eradicating about a thousand hives per year; 10,000 in one state alone. Whilst no one is sure it would seem that we are poisoning hundreds of millions of colonies in the US annually; little wonder there is a decline.

The challenge for keepers is to put trap nests for bees on every house for feral-swarms to make hives instead of under our rooves and other inconvenient spots for us.

There’s no doubt about it, moles can do a lot of damage in your garden and the more green it is, the more of them you will have; they too don’t thrive on pesticides and inorganic fertilisers, and will love your organic, mulchy backyard patch. They adore ours and we continue to contend with them.

However, moles do a lot of good during their tunneling underground, aerating the earth; they do assist in getting your garden soil ready for planting. They also feed on many insect pupae.

There are two features of natural pest management. Firstly plant your favourite bulbs, to which I would add fennel and celery, two of their favourites, in an orange or onion pocket.

And secondly don't plant them in a row where they will mine straight from one to the next. Since dotting our potato seed around the garden, instead of in a trench, we have spuds on the table again.

New spuds incidentally don't spike the blood sugar like those that have been in cold storage. They enable you to reach ever closer to providing all your own food from the garden; slow cooked rooster and potatoes, green beans and zucchini squash last night provided a most satisfying meal, all with natural pest management.

How to plant potatoes has of necessity been completely revised since the arrival of the moles. It's about natural pest management rather than eradication.