Vegans have difficulty getting enough of two of the omega 3 fatty acids because they are found mainly in cold water fish. They are known for their anti-inflammatory effect. 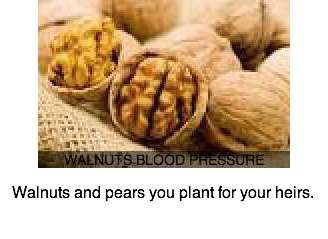 "Nine walnuts a day, and a couple tablespoons of flaxseed-oil keeps the doctor away."

A diet rich in walnuts and their oil may prepare the body to deal better with stress, according to a team of researchers.

They looked at how the nuts together with flaxseed, which also contains an omega-3 polyunsaturated fat, influences blood-pressure at rest and when anxious about something.

Previous studies have shown that omega 3, like the alpha linolenic acid found in walnuts and flax seeds, can reduce low density lipoproteins, the so-called bad cholesterol.

These foods may also lower C-reactive protein and other markers of inflammation.

There is a marked difference between two kinds of LDL molecules. Those that are small and dense can permeate the inner-layer of arteries, whereas those still carrying their fatty component cannot; these latter are not damaging.

You can read more about the different kinds of fats at olive garden nutrition.

People who show an exaggerated biological response to stress are at a higher risk of heart-disease, said Professor West.

They set out to discover if omega-3 fatty acids from plants would reduce the catastrophic effect of exaggerated cardiovascular responses to stress.

The researchers studied 22 normal adults but who had raised LDL, the bad cholesterol. All meals and snacks were provided during three periods of six-weeks each.

They found that including walnuts and the oil in the diet lowered both resting blood-pressure and the BP responses to stress in the laboratory.

Participants had to give a speech or placed their feet in cold water to stress their bodies. Interestingly, adding flax seed oil to the walnut diet did not further lower their blood pressure. Perhaps it is not the ALA that is the active component.

This is the first study to show the affect of walnuts on blood-pressure and its connection during stress, stated Professor West. This is important because we simply cannot avoid many of the contortions in daily life.

This study shows that a simple dietary change such as eating walnuts will help us respond better to stress.

Here is a thought for blood transfusion services; my own pressure soars when I visit the vampires. Perhaps they could supply a handful of walnuts instead of those cookies.

A subset of the participants also underwent a Doppler ultrasound scan in order to measure the effect on their arteries. Adding flax oil to the walnut diet significantly improved this test of vascular health.

Flax also known as Linseed is so named after it is most prodigious component, alpha linolenic acid, or ALA. It is one of the three omega-3 fats.

It also has a small amount of linoleic-acid, something quite different.

What is the effect of walnuts and flax-seed on arteries?

Linseed is simply another name for flax. When added to walnuts blood pressure it made a winning combination[2].

There are three omega-3 fatty acids. Two are found mainly in fatty fish and krill, and the third, ALA, in vegetable products. The richest and easiest to obtain is freshly ground flaxseed; perfect for vegetarians. It is not as effective though.

The oil in flaxseeds is over 50 percent omega-3, Alpha Linolenic Acid (ALA).

Important for arthritis sufferers is that flaxseed plus walnuts also lowered C-reactive protein, an important marker, indicating an anti inflammatory effect. According to Professor West, that would also reduce the risk of heart and blood vessel disease.

"Anti-inflammatory drugs" can often be avoided if you let your food be your medicine; use the Site Search function key for more information.

It is worth noting that the FDA in July 2015 gave new instructions to all drug companies marketing anti-inflammatory drugs not including aspirin; to inform consumers that there is an increased risk of heart attack, cardiac failure and stroke with drugs such as ibuprofen, naproxen and diclofenac; and celecoxib too.

What is more it can occur as early as the first week of taking an NSAID.

Should you experience chest pain, shortness of breath, sweating, weakness on one side of the body or slurred speech, immediately stop all NSAIDs and get to the emergency rooms.

It is worth noting too that over half of the patients in most DCs' offices are consulting them for conditions related to arthritis. Whilst iatrogenic disease occurs in our setting too, it is extremely rare that it has the devastating side-effects that NSAIDs have.

It is questionable whether it is good practice to have a manipulation of the upper cervical spine whilst taking NSAIDS.

Do you have arthritis?

The researchers used a powerful, accepted design for their research. Tests were conducted at the end of each six-week diet, and each person consumed each of the three menus in a random order, with a one week break in between.

The diets used were:

After each dietary period, the participants underwent two stress tests. In the first, they received a topic; and then they were given two minutes to prepare a three-minute speech, which they had to present whilst being videoed.

For the second stress they submerged one foot in ice-cold water. Throughout the tests they measured each participant's blood pressure.

Results showed that average diastolic value, the bottom number in 120/80 which is the pressure in the arteries when the heart is resting, was markedly reduced during the periods when they were eating diets containing walnuts and the oil.

Walnuts are a rich source of fibre, anti-oxidants, and unsaturated fatty acids, particularly alpha linolenic acid, an omega-3 fatty acid. It is thought that some of these compounds may be responsible for the beneficial effect of walnuts on blood pressure.

Flax seed oil is also rich in omega-3 fatty acids, but this study did not test whether that alone could reduce the response of the heart and blood vessels to stress.

These results are in agreement with several recent studies showing that walnuts can reduce total cholesterol and blood pressure.

This research also suggests that blood pressure is more stable when a person is exposed to the stresses of daily life.

Whilst I know of no similar research with pecan nuts, they too are rich in omega-3, ALA, and may have a similar effect to that of walnuts blood pressure. 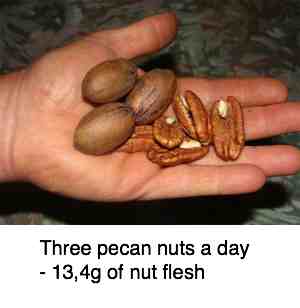 Of great concern is that half of folk on the typical industrial diet being eaten today are getting less than 50% of the recommended dietary allowance. The mineral helps to maintain the muscles that line our blood vessels; it is intimately involved in hypertension.

Magnesium from nuts and seeds can supply a large part of our daily needs.

Personally I am skeptical about big pharma's guidelines about medication; they have such a checkered history of fudging the figures to increase their profits.

However, blood pressure medication I recommend without reservation as a chiropractor to my patients, despite the chronic cough they sometimes cause. The president of the international stroke foundation recently stated at a conference in Cape Town that South Africans usually require two different medications to control BP.

But when should you start taking them? These new BP guidelines from JAMA which came out in 2014 make a lot of sense.

It is a proven fact that many patients become anxious when having their BP taken. I refused to adjust the neck of a patient recently, using only very gentle techniques that happily she responded well to. Her BP was 190/105 on medication; she is significantly overweight, but in fact she has white coat blood pressure.

"Smoking, a bad diet and lifestyle, as well as raised cholesterol, unstable diabetes and uncontrolled high blood pressure all contribute to vascular dementia.”

Although vascular dementia condition does not necessarily cause a stroke, the blood flows very slowly; it can become chalky with calcium, and then the deep tissue is poorly oxygenated, resulting in slowing of the brain.

Memory, difficulties with planning and thinking are affected; they have cognitive impairment. Forgetfulness is a hallmark; those suffering from this form of dementia struggle to complete tasks and they may have language problems.

Walnuts blood pressure is one partial solution but an overall of the whole of lifestyle is the solution. Food as medicine is the new buzzword.

However her GP assures me that if you allow her to sit and read for half an hour, it drops to 135/90.

Maybe so but I still do not adjust her upper cervical spine. And I have encouraged her to read this page about walnuts blood pressure. White-coat BP is just a stress reaction, and even if it drops to normal when not anxious, it is a serious threat that it rises so high when she is under pressure.

I am a blood donor; white-coat blood pressure, or perhaps a fear of needles, often gives serious concerns to the phlebotomist, but once I am home it returns to normal.

Here is a suggestion; whilst eating nine walnuts a day may seem intimidating, unlike blood pressure medication that often induces an irritating dry cough, they have no side effects, and are probably a lot cheaper if you can get them whole as we did in Holland.

It is rather more PT, as one really should crack them yourself; if you ate only three walnuts a day? Perhaps enjoying a handful of pecans every day might have a similar beneficial effect.

Much of the research on heart failure has been done with omega-3 from fatty fish; now scientists have found that plant-based ALA also gives on patients a 39% lower chance of dying or being hospitalised[6]; that's massive. Walnuts, freshly ground flaxseed and purslane plant are common sources.

The Systolic Blood Pressure Intervention Trial (SPRINT) study saw robust reduction in mortality in the short term after the intensive medical treatment phase but alas after 4.5 years there was no difference as compared to the standard group.

Back to reality means unless we look carefully at lifestyle factors which must change there is no benefit from intensive medical drug treatment[5]; look also to natural methods such as walnuts blood pressure.