Vitamin B6 food belongs to those known as the anti-frailty group of four.

You cannot enjoy sparkling well-being without plenty of vitamin B6 food, and researchers are suggesting we may be needing far more than we are getting.

Interesting research on the development of frailty found that taking your vitamins in pill-form did little to halt the relentless progress prematurely of old age [1]. Rather we should get it from our food.

This page was built by Dr Bernard Preston on 26th February, 2022. 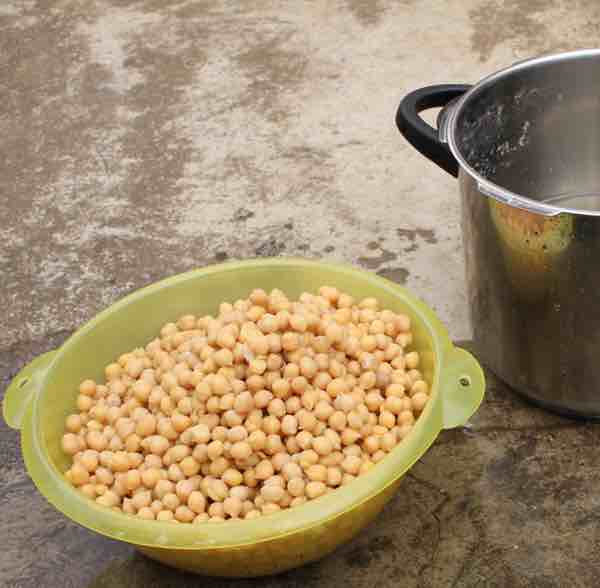 Or as Hippocrates, the Father of Medicine, put it, let your food be your medicine.

Vitamin B6 is found in six different forms. They all have the prefix "pyridox" in them.

Pyridoxine is probably the best recognised form, and the most active derivative, found mainly in muscle, is PLP, or pyridoxal 5-phosphate; it plays a vital role in over 100 enzyme reactions in the body that would be inhibited by a deficiency of vitamin B6 food.

Many of them have to do with the management of glucose in cells, and the synthesis of neurotransmitters like dopamine from amino-acids; so clearly it has a very important role to play in diabetes and the degenerative conditions of the brain like Parkinson's disease.

Haemoglobin in the blood enables the body to carry oxygen from the lungs to the tissues; it is made up of two parts, namely haem, the iron component, and a protein fraction, globin.

Vitamin B6 is essential at two levels, firstly the synthesis of haem.

And secondly in enabling haemoglobin to bind to oxygen in the lungs and releasing it in the tissues of the body.

A deficiency causes a vitamin-B6 anaemia and is clearly central to the development of frailty in the older person.

Vitamin B6 and Parkinson's disease

Vitamin B6 is essential in the reaction in which dopamine is formed from L-D[4] in a nucleus in the brain known as the substantia nigra.

This neurotransmitter is essential in many pathways, in the brain where a deficiency causes Parkinson's disease, and in the colon where it stimulates the muscles facilitating normal contractions of the gut.

It comes as no surprise thus that researchers reporting in BMC Geriatrics[3] state that there is an association between low vitamin B6 food intake and Irritable Bowel Syndrome.

Vitamin B6 acts as an essential coenzyme in the synthesis of another important neurotransmitter, serotonin. It has many functions, notably a mood-stabiliser and in normal bone formation.

In fact B6 is necessary for protein metabolism, the breakdown of virtually all amino acids.

Worse is that the Parkinsonian medication interferes with B6 metabolism.

Vitamin B6 and inflammation

There have been many studies linking a deficiency of vitamin B6 to chronic inflammation in the body. This is in part due to its vital role in denaturing homocysteine, a breakdown product of protein-metabolism.

The stabilisation of blood sugar is not only from carbohydrate metabolism, but also from amino acids (known as gluconeogenesis) and fats.

It is here that B6 plays a vital role in glucose metabolism, helping to prevent low levels of blood sugar, or hypoglycemia.

It is also an essential cofactor[2] in the breaking down of glycogen in the tissues, known as glycogenolysis to release glucose for use in the muscles.

Vitamin B6 food along with three other vitamins help prevent us becoming feeble long before our time.

To be effective this vitamin B6 must be obtained from your food, and many people show signs of low levels in the blood despite taking tablets. The richest sources are:

Other good sources are:

In short, none of us should be deficient in vitamin B6 food, but we are.

A narrow diet deficient in protein from legumes, chicken and meat is the greatest of the B6 enemies; fish too, of course. Add to that minimal fruit, greens, and nuts and one is almost certain to become prematurely frail.

Vegetarians, of course, have shown that one can be perfectly strong without fish, fowl and red meat. Generally they do eat eggs and dairy products though.

Vegans have to be more careful.

Alcohol too inhibits the absorption of B6 in the gut.

Researchers in the USA have found that many people have low levels of circulating B6 in their blood.

This also invites questions about the abundance of the normal flora in the gut; many of them do synthesise the B vitamins and we would all do well to enjoy a probiotic like kefir on a regular basis.

This is particularly true if we have recently been on antibiotics, or eat a lot of food laced with chemicals like preservatives; artificial sweeteners have also been fingered.

The B vitamins are water-soluble and some is lost in the liquid used to cook our food.

Steaming or sauteing, or using that veggie water in soups and stews is the way to go; do not just pour those nutrients down the drain.

Very disturbing is research into the B6 status of those in old age homes; scientists found that only 27% were at no risk from malnutrition.

"Poor nutritional status, old age, inactivity and low s-albumin were all related to the overall poor health of subjects with B6 deficiency."

We find it interesting that in five distinct areas of the world where Blue Zone longevity is the norm, and ten times as many elderly folk reach strong and vigorous nineties that old-age homes simply do not exist. They remain either living alone or with their children where they grow and consume most of their food from their own gardens.

Malnutrition is far less prevalent than when eating institution food.

How to cook chickpeas

Learning how to cook chickpeas, also known as garbanzo-beans, is a huge step to ensure that you are getting enough vitamin B6 food. Then freeze them so they are readily available for stews and soups; and hummus. 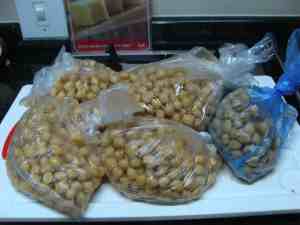 A vitamin B6 anaemia obviously lowers the oxygen carrying capacity of the blood; that would contribute to at least two of the cardinal signs of frailty syndrome; low energy levels and slowed walking speed.

The tea and toast diet of so many elderly people is obviously one major cause.