Some picnic part I

Some picnic part I finds Janet and Santie organising a beach party for the firm.

This is chapter 22 from A Family Affair by Bernard Preston.

There was a ripple of excitement through the firm. Once a year, the usually tight-fisted bosses were unduly generous: a splash on the beach for the whole firm and their partners. Janet and Santie had been given the firm’s credit card and three days leave to make sure that all had a wonderful time. It was their third beach party, so they knew what was expected: A weekend at a Durban hotel and a sumptuous picnic at which no reasonable suggestion would be refused by the bosses.

‘Let’s do something different this year,’ suggested Santie.

‘Mm, what have you got in mind?’Santie grinned: ‘I haven’t got anything in mind. I’m expecting you to come up with an original idea.’

‘Ha, you would!’ Janet put her tongue out and both young women giggled. ‘We could arrange for Abba to come and give us a performance! Or maybe Simon and Garfunkel – they’re back together, I hear.’

‘“Nothing reasonable will be refused,” I think is what our brief says!’

‘Well, we could ask Becks to open the evening! That’s reasonable don’t you think? Play a bit of beach football!’

‘Come on, Janet, be serious. What could we do?’

Both girls sat and thought. Janet suggested: ‘Remember the young couple who did that vaudeville act on a couch at Wits last year? I’ve never seen such an original acrobatic stunt on a couch that had nothing to do with sex.’

‘There’s nothing much original to do with sex that happens on a couch to my way of thinking. Mind you there was a guy at the Police College who once tried a very original act with me,’ she finished darkly after a moment of thought.

‘Oh, you never told me about that.’

‘No. Not now. Probably not ever,’ she said, turning her head and averting Janet’s gaze so that she wouldn’t see the tears pricking her friend’s eyes. But that’s a great idea about the acrobats. Will you try and get hold of them? I’ll work on a menu meantime. Let’s get John to do the drinks.’

‘O..kay. But when you’re ready to talk, I’m ready to listen.’ Janet knew not to press the issue, but she didn’t miss the abrupt change of tone or Santie’s sudden preoccupation with something happening outside the window. ‘Yes, I’ll make a start with the acrobats. I have a feeling they were visiting from Durban so that will make it easier and cheaper.’

A family affair is a trilogy; it looks into the inner dynamics of women in love.

Some picnic part I

Some picnic part I but matters start to turn ugly at Jansen, Thomas and Hansen.

Santie nodded morosely. ‘I thought all that meat that the guys barbecued last year was obscene. Let’s do something more original than beer and wine, and wors and steak-rolls this year.’

‘I’m going to try and find an Indian restaurant I went to last year. Perhaps they can make us some spicy curries, and roti. They made the most delicious herbal dishes too. Healthier and nicer.’

‘Maybe a little skit to judge the food? With all that spicy stuff, it should liven it up a bit!’

It took several weeks to get everything organised. A friend in Durban suggested an Indian couple who would lay on a fantastic meal, without having to go through a restaurant, and one call to a catering company provided all the chairs and trestle tables, and even a portable loo. Janet managed to Google the acrobatic couple, Sebastian and Judy Drama and they promised to bring their own couch. Without too much arm-twisting, John arranged the booze.

The evening, on a quiet beach a half hour south of Durban, promised to be all everyone could have asked for. They came beautifully, yet appropriately, dressed. Janet and Santie managed to buy a couple of colourful Indian saris and they decided to be daring and put red dots on their foreheads. The array of fish and mutton curry dishes, salads and spicy vegetarian recipes had their mouths alternately watering and burning. Small groups sat around on the beach, sipping wine. Little kerosene lanterns cast pools of light. Crabs scurried about in the glow, dodging the waves that whooshed up the beach.‘Now ladies and gentlemen, we are going to have the curry judging competition’ cried Janet gaily. ‘Our hosts Seelan and Shamila Padayachee have promised not to take any comments to heart! Our first curry is the Burning Brinjal Breyani. Will our first three judges come forward please.’ The three senior partners made their way forward, taking small helpings of breyani.

Mr Thomas was first in line. Taking a small mouthful, he said, ‘Mm, nice. Full of flavour with a sweet aftertaste.’ Janet had primed the elderly man what to say when he appeared at loss for words.

Mr Jansen continued with the same banter; ‘It’s delicious. Fresh and hot, but perhaps a little too heavy on the chilli. It has quite an amusing kick.’

Everyone clapped, and even the Padayachees were obviously pleased. Santie announced the next dish. ‘This next item, friends, is Seelan’s Monster Masala Fish Curry. He tells me the recipe is straight from the Gujarat.’ The next three judges came forward. Sam took a small mouthful. ‘Mm, this has a nice smooth flavour. Very mild!’

Shannon also took a small nibble. She said: ‘Nice fish. Barracuda, I think?’ she said looking at Shamila. She nodded.

Shannon went on: ‘Forget your diets, folks. This is great.’

John was next. He took a much larger mouthful. ‘Whew.’ He spat out a fish bone. ‘Holy shit. You could use this to take the old tiles off your bathroom wall. Pass me a beer,' he said, winking at Seelan.

‘The next dish,’ said Santie, ‘is called Shamila’s Himalayas Heavenly Curry. ‘I’m the first judge.’ She took a small taste. ‘Ah, tender mountain lamb. A slightly smoky flavour. It could use a few more chillies,’ she said jokingly. ‘Shamila, would you judge your own lamb?’

Shamila came forward: ‘The Northern India curries are very mild, but if you find this too hot, there is always Mountain Snow Ice Cream to soothe your tongue.’ A few people laughed.

Sebastian Drama came forward, taking a large bite. ‘Whew! I come from Durban, and I should be used to this, but these people are crazy!’ Clutching his throat he went on, ‘very tender lamb, mind you, but before I have another mouthful, is there anybody who can do a tracheotomy?’ Every one laughed. ‘This is definitely not for anyone over seventy. Might cause a heart attack.’ Janet took the portable mike. ‘Not a heart attack, Sebastian. An ulcer. But this evening we will ignore our doctors’ advice, friends,’ she finished gaily. ‘The next dish is Barrie’s Black Bean curry.’

The judges’ comments grew ribald and more extreme. The curry was either described as extremely mild, or was likened to drain cleaner and lava spills. It would get you coming and going.By that stage they had all had too much to drink. Sebastian, one of the acrobats, started a crude, stale joke that they had all heard before. ‘It’s that time of the year when all employees start bargaining for a raise. The Penis wants one too, because he does such hard physical labour.’

His partner, Judy, was ready for her cue: ‘But you’ve never been known to work more than one hour straight. If you can’t put in a full day’s work, then don’t ask for a raise.

‘But at such great depths, it’s dangerous to work more than an hour without coming up for air.’

‘You work in such short spurts and you usually fall asleep before the end of your shift. There’s no way you deserve a raise!’Nearly everybody laughed.

‘I never get any overtime pay, and I usually have to work every weekend, and public holidays too,’ said Sebastian.

‘Half the time you come to work when you’ve not even been invited to the party,’ called out Santie. ‘Gate crashers should be drawn and quartered, not paid overtime.’ There were a couple of guffaws, but Sebastian was not to be thwarted: ‘My work exposes me to virulent diseases. I should be demanding danger money too.’ This time there were peals of laughter from the men.

Santie tugged at Janet’s arm. ‘Let’s take a walk. I’ve had enough of this.’

‘What’s the harm with a bit of fun?’ whispered Janet back.

‘Plenty,’ said Santie, stalking off outside the pool of light made by the lamps. Reluctantly Janet followed. When Sam saw them leaving, she too joined them. Running to catch up she said breathlessly; ‘Aren’t they disgusting?’

The others, of course, saw them leaving. Someone gave a mocking catcall, and further along the beach, they heard more shrieks of laughter. ‘Thank God you suggested this walk, Santie,’ said Sam. ‘Well done.’

‘Don’t you think we are in danger of becoming squares?’ pleaded Janet.

‘I’m afraid you are very naïve, Janet. I’m sorry to sound condescending, but jokes about penis’s at work are not what I call funny. Let’s talk about something else,’ she finished, closing the subject firmly.

The three young women walked in silence for ten minutes along the beachfront. None of them knew what more to say so they kept their thoughts to themselves. By the time they reached the circle of light on the beach again, the acrobats were packing up and lugging their couch off into the darkness.

‘Janet, could you come for a short stroll? There is something I would like to discuss with you.’

Janet looked up in surprise at her boss... 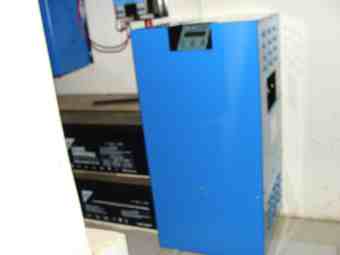 Bernard Preston is a semi retired DC, turned greenie, and author of yarns like Some Picnic, Part I. Becoming self sufficient in electricity and water, and fruit and veg has become a stirring passion; delve into the rest of the site on how to build a solar powered generator, or how to grow radishes.

He is writing his seventh book.

About $1 buys you each of these ebooks; they are each interesting and fun in their own way, but also show your appreciation of the hard work in compiling this site committed to healthy living, and a leaving as a legacy, an inhabitable world for our grandchildren.


Did you find this page interesting? How about forwarding it to a friend, or book and food junkie; or, better still, a Facebook or Twitter tick would help.