Cumin plus lime for weight-loss

Cumin plus lime for weight-loss is surprisingly effective. Better in fact than Orlistat, a common medication prescribed for obesity; with none of the side-effects.

With more than twice as many people dying worldwide from obesity as from starvation, simple strategies are needed to help folk with this enormous problem. It is associated with a number of serious diseases including type-2 diabetes, heart conditions and high blood pressure; osteoarthritis especially of the knees and fatty liver too.

The modern industrial diet as it is being called leads to raised blood-glucose, altered triglycerides and cholesterol. Researchers have found that a combination of cumin and limes significantly alters the profiles of these substances. 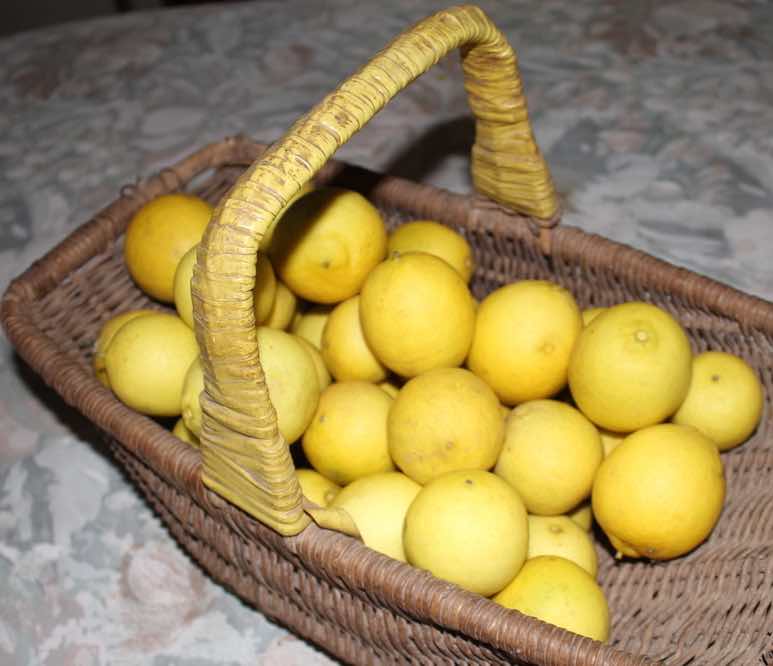 Cumin is a seed used extensively in Mediterranean and Eastern cooking, and increasingly throughout the Western world too. It has a mild peppery-flavour and the aroma, when it is being roasted is the scent of heaven. It adds a touch of the mysterious East to any dish, particularly curries, chicken and with legumes such as chickpeas.

In Ayurvedic medicine it is used mainly for digestive problems and skin conditions; it is only recently that its virtue in helping to control blood-glucose has been confirmed.

With cumin plus lime for weight-loss it is even more effective. 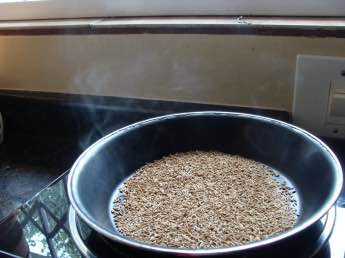 Effect of cumin on blood glucose and insulin

Previously it had been shown that cumin on its own significantly reduces the body mass index and fasting glucose, but does not alter the lipid profiles. In fact, research reveals that it is just as effective as a common weight-loss drug, but it completely outshines the medication when it comes to control of insulin levels[1].

Even better is cumin plus lime for weight-loss.

The addition of the limes significantly lowers blood-glucose and influences the serum-fat profile in a beneficial way. What would happen if we combined the two?

The active ingredient is a phytonutrient called limonin, by the way.

This research published in IRCMJ[2] caught my eye as cumin plus lime are two of the main ingredients in our authentic hummus recipe. It is our contention that consuming the correct nutrients on a daily basis is the simplest way of improving our well-being.

It has been shown many times, both in the literature and in our own experience that diets simply do not work; and nutrients directly from our food are far more beneficial than when taken as supplements.

Serotonin is an important neurotransmitter in the brain that regulates our mood and cravings, and has a powerful effect on curbing appetite. Researchers believe this is the mechanism that cumin plus lime uses to bring about weight-loss. We feel satisfied before our stomachs are full; it is called satiety.

This is in part why cumin plus lime for weight-loss is so effective.

In a powerful study which was randomised and double-blinded, researchers gave 72 obese individuals either a high dose of cumin plus lime, or a smaller amount and compared them with a placebo; none of the participants knew which group they were in.

So the high-dose group received about a tenth of a teaspoon of cumin, and the same amount of lime, per week; not a lot I think you will agree.

What effect would it have if we doubled the quantity? I could easily enjoy a whole teaspoon of cumin and lime in a week; in fact I do.

The high dose folk lost 2.1 kg, the intermediates about half of that, and the placebo group also shed a small amount.

Perhaps more important, those taking cumin plus lime had significant changes not only in their weight, but also of the fasting-glucose and insulin levels; and the blood fats were also favourably influenced.

In short taking half a teaspoon of cumin powder, and a similar amount of limonin, with no other conscious change of diet had a profound effect on their well-being. Studies on mice interestingly found that those on this regimen actually ate less; satiety levels were reached sooner.

Hunger is at the core of any successful intervention in helping the obese. Low-fat meal plans intensify the desire for food which is why they fail.

However these scientists speculate that cumin plus lime inhibits what is known as serotonin re-uptake, reducing hunger pangs and making us feel satisfied before the end of a normal meal.

Although the main ingredient in hummus is chickpeas with a significant amount of carbohydrate, overall they have a very low glycemic index; added sesame paste and olive oil together with the lime and cumin make this side-dish a powerful way of reducing weight, particularly if enjoyed with a large green salad. 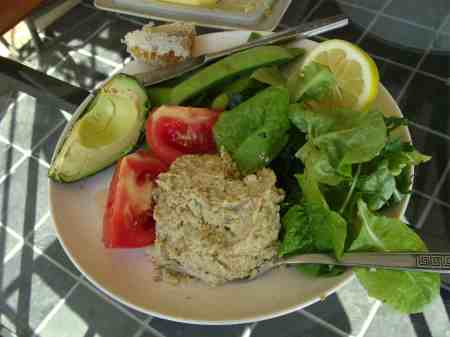 Claim back your well-being safely and permanently.

Cumin plus lime for weight-loss

Cumin plus lime for weight-loss is perfect if you are eating homemade hummus every day with a green-salad. Notice the relatively large amount of fat from the avocado and olive oil and the low carbohydrate content. A small portion of honeycomb is also enjoyed; it too is not fattening surprisingly.

In short our philosophy is that of Hippocrates; let your food be your medicine. We recommend enjoying a wide variety of coloured salads and to include hummus containing cumin and lime regularly for weight loss; that will keep us in fine fettle without medication and supplements to get those unwanted pounds off.

Hippocrates is the father of Medicine. 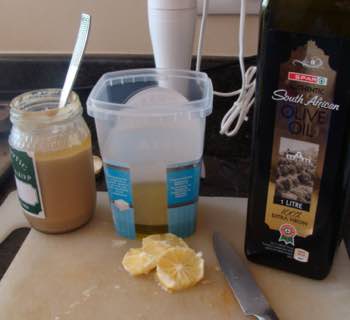 We no longer eat white rice; along with other refined grains, sugar and cold-storage potatoes it is the chief cause of diabetes and obesity. It's radical, but we have no desire to be sick and ultimately die from the diseases associated with modern starches; so we avoid them altogether.

Brown rice is another story. Try cooking it this way.

Heat 1 TBSP of olive or coconut-oil in a heavy caste-iron pan over medium heat until shimmering, and then add a cup of brown rice, stirring frequently for a few minutes; quarter of a teaspoon of salt, 2c of water and bring to the boil. Cover with a lid and allow to simmer on low heat for half an hour. Set aside in a warm place for half the afternoon.

Add a tablespoon or two of water and bring to the boil again; serve into bowls and sprinkle with a mixture of 2 tablespoons of freshly-squeezed lime juice, including as much pulp as possible and 1 tsp of the zest. Add your topping of lentils, lima bean shakshuka or ground beef, with extra recently roasted cumin.

Now you have a dish that will neither make you obese nor increase the likelihood of becoming diabetic.

White rice is the chief cause of beri-beri, a disease that has killed millions of people because of a thiamine deficiency. It still robs many of their wellness today; avoid it.

Caste iron works particularly well on an induction cooktop stove by the way. They use half the power and heat at twice the speed. We use one almost exclusively now, particularly as it is solar-friendly.

Read more about the benefits of lime.

The Indian name for cumin is jeera. Add one teaspoon of the spice to four cups of water, bring it to the boil and allow it to steep overnight. In the morning, add a squeeze of lime and your weight-loss tea is just waiting to be drunk.

If you find it dull, add a slice of a sweet fruit like mango to your cumin plus lime for weight loss, or a touch of natural honey.