There are carbs galore from our green garden in mid-summer; should we be avoiding them?

Those of you who read this column with any regularity will know that I do not advocate avoiding all carbs; except in the case of those who are morbidly obese and diabetic.

More specifically, it’s the refined carbs that do the damage. Beets and cane are good; sugar is bad. Corn is fantastic; super refined mealie-meal is awful. Wheat is a wonder food; cake flour is the great deceiver. Potatoes from cold storage make you fat; even diabetics can enjoy new spuds in moderation.

There is a huge amount in the literature about the benefits of whole grains; the difficulty is that they are extremely difficult to get, so they get lumped in with the bad carbs.

From our green garden we have an abundance of food right now that the followers of ketogenic diets think we should shun. As always you have to read the fine print; there are difficulties with carbs but oversimplification of the issues is not helpful. We avoid whole grains and legumes because of their starch content at our peril, in my opinion.

But there are issues with carbs that we do need to clearly understand. In a morbidly obese world, with the great majority of those suffering and dying are from “non-communicable diseases.” Those are the ones mostly that are killing us; heart conditions, stroke and diabetes.

And in fact over half those dying from Covid are obese too.

Refine a carbohydrate and it will raise your blood glucose, stress your pancreas and liver, and make you insulin-resistant; and likely put on those unwanted kilogrammes.

Right now we are faced with a glut of healthy carbs at our green home, and it’s making me stop and consider. I have come to the conclusion that those who stress no more than one at a meal are probably spot on. If I have wholegrain mealiemeal for breakfast and Eggs Hilton on toast, I feel bloated.

A mealie and a slice of wholegrain bread for lunch is just too much. New potatoes and a pudding for supper is over the top. The other option, a good one, is half a helping of each; reduce the glycemic load.

Yes it’s all about “glycemic load.” We need to keep even the good carbs under control. Enjoy them in small amounts without guilt; they are good for us, providing fibre for the friendly bugs in the intestine and bulk for the stool; and a plethora of important vitamins and phytochemicals.

We are going dizzy with the choice of healthy carbs right now. New potatoes are so delicious; wholegrain bread is so good you don’t need anything more than butter on it, it tastes so good. Freshly-ground mealiemeal straight from our little mill makes a wonderful breakfast; corn on the cob. And quite soon it will be butternut and lima beans; a nightmare for those who are trying to bant.

Yes, it’s complex; that is why there is so much controversy. Do enjoy a mealie for lunch right now, without guilt, but do keep the load down. That probably means no bread; have a salad instead. Do start thinking about where you could plant some broad-beans and peas; they are full of nourishing protein and some carbohydrate. Do make the decision to strictly limit sugar and cake flour for ever; they are the very devil. 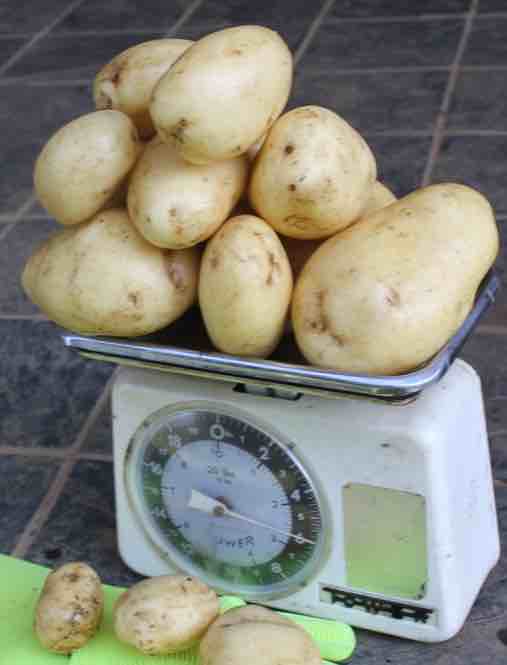 Many people say, mistakenly I believe, that it is too expensive to eat healthily; they just cannot afford it. I contend that its refined food that is really expensive. For example, 1kg of maize costs me R3.20. Turn it into cornflakes and the price rockets to R68.99 at the Village Spar.

Two potato plants lifted this afternoon yielded 3kg of organic spuds of a quality you’ll find extremely difficult to purchase. The real cost is the sweat off your brow.

Many of course reading this will heap scorn on what I have written. So be it; we live and die by the choices we make. Incidentally we have not put on an ounce this summer; in fact I have lost 1kg. Sawing and splitting timber from a fallen tree has helped. Again, it’s the sweat off your brow. 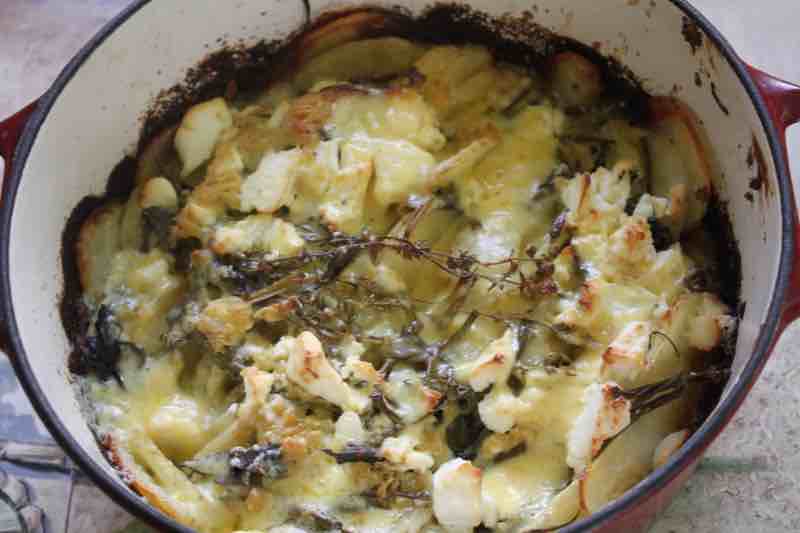 In America literally millions of people have started growing their own food for the first time, making health a priority. That’s important for us obviously, but the massive savings and joy of growing your own fruit and veggies is high on our agenda too. Should we do less in South Africa?

There is absolutely no need for those with a small piece of ground to go hungry or suffer from malnutrition and stunting.

It’s purely anecdotal, and of no scientific value, but we are firmly convinced that this way of living and eating is why we take no medication whatsoever, and have not seen our doctor for over a year; unusual for a couple in their eighth decade.

That’s where the real savings are. These are principles we have learned from those living in the five Blue Zones of the world; where ten times as many people live into vigorous, healthy old age.

A study of blue zone longevity has made a profound impression on us.

Carbs galore, particularly if they are refined, will certainly have an effect on blood glucose levels and insulin sensitivity.

Researchers gave 30 people a sugar drink and then asked them to walk up and down stairs for one, three or ten minutes, and then tested their blood glucose and insulin levels.

After ten minutes of stair climbing insulin sensitivity was markedly improved. The take-home from this is that a short walk after every starchy meal has enormous benefit.

Insulin produced by the pancreas is the body's response to carbs galore, should blood-sugar soar into the stratosphere.

This is what happens in type-2 diabetes when our cells are unable to respond to the hormone; so the pancreas has to produce even more. It is known as insulin resistance.

This happens in the main to the obese who have been eating far too many refined carbs; repeated surges of blood glucose over the years cause them to become insulin-resistant.

Unrefined grains, legumes and new potatoes[2] do not have this effect on blood glucose; neither do they make us obese. That is why we have invested in a corn flour milling machine that does not separate the germ and bran from the meal.

It's interesting that the longevity diet has no concerns about whole grains and legumes; in fact they are strongly recommended. Carbs galore are not the problem; it is the refined starches like cake flour and sugar that we should fear. Uncontrolled diabetes is a monster.

One of the characteristics of the Dutch that I so love is their directness. Initially it comes across as being rude and abrupt until eventually you realise it's a more honest way of life. Being PC actually forces us to live the lie.

Obesity is probably the most serious condition to ever hit planet Earth. It undermines every part of the body as the pandemic is revealing, causing type-2 diabetes, inflammation and disability.

“Political correctness is the natural continuum from the party line. What we are seeing once again is a self-appointed group of vigilantes imposing their views on others.”

Raising the subject on any forum is now being described as "fat-bashing;" absolutely avoid religion, politics and obesity in conversation.

One half of the population has been completely hoodwinked into thinking that refined carbs like cake flour and sugar are perfectly normal food.

The other half is being equally misled that all carbs are bad and must be completely avoided.

Yet the science strongly points out that whole carbs are extremely healthy; avoiding peas, beans and corn on the cob is just so much nonsense. Our minds have been completely captured by food companies and the peddlers of the ketogenic diets.

In between these two polarised groups we believe that carbs galore is a fundamentally healthy way of living.

For the obese for a period they will have to limit even the good carbs if they want to avoid pain, disability and an early death. Should we be talking it up, or looking the other way and let them go unhappily on their way to oblivion?

Carbs galore raises important questions about starches from our food; get moving after a meal that is high in bread, pasta or potatoes. Just ten minutes would have huge benefits.