Ouma's anguish relateds the tale of how there are few things worse than a child who has gone wickedly astray, even stabbing his own mother in the back.

This page was last updated by Bernard Preston on 9th January, 2019.

Ouma wouldn’t leave her home for over two months after the kidnapping. Initially there was much coming and going, the police making numerous visits, questioning her repeatedly, and even hinting that she could be an accessory to the abduction. Of course, Janet was there almost every day initially, despairing and wringing her hands. They wept together, going over Jan’s sudden unexpected arrival and departure with KJ under his arm.

Janet was quite certain that Ouma was as much a victim as she herself was. More than anything they were devastated for Klein Jan.

It was Muriel who rescued Ouma. She visited her friend regularly, buying her groceries and doing some basic cooking for her.

Ouma couldn’t bring herself to eat in the first weeks, and flatly refused to leave the house.

‘I baked a milk tart yesterday, Ouma, and I’ve brought a slice for you.’

Ouma looked sightlessly up at Muriel, giving a dismissive wave of the hand. Muriel, didn’t say much, but just left a piece of tart and a cup of coffee at her side.

Ouma's anguish is the fifth chapter in the saga of the Jansen dynasty, A Family Affair.

They had developed the recipe together especially for Aldo’s place, and it was the faint smell of a peach leaf dropped into the custard that made it their specialty. Finally, it was that same peachy smell that tempted Ouma too. It wasn’t only her sense of touch that was finely tuned; Ouma’s smell and taste buds were equally keen. The elderly women had been through several crises together; Ouma had been there for Muriel when her husband died. They sat quietly, each with their own thoughts, Ouma finally nibbling hesitantly at the milk tart and sipping her coffee, tasting nothing.

‘How could he do that to me, Muriel? My own son! I feel so betrayed!’

‘I don’t know either, Ouma. Perhaps he will phone.’

There was a long silence, Ouma shaking her head, her tears past, the time for weeping over. ‘I have this dreadful feeling that I will never hear from him again. Never see my grandson again. I feel so guilty! It was my son who did it.’

‘It’s possible, I suppose, Ouma, that you won’t see them again. I really don’t know what Jan was thinking. Why do you think he did it?’

‘The police said he was involved in a serious court case. He had apparently done something very wrong but they wouldn’t tell me what. I can understand him skipping the country but why did he take Klein-Jan?’

‘I thought you told me he was going for a month on business.’

‘That was just another of his lies, I think, Muriel. Dear God, how could I have produced such a wicked son?’

What remained of Ouma’s coffee was cold. She couldn’t bring herself to finish it, though she forced the last of the milk tart down. She knew that Muriel was trying to be kind. ‘Won’t you read me a Psalm, please Muriel. Any one, I don’t mind. I need some comfort; a crutch, I suppose Janet would say. She is so sceptical.’

‘I’ll get my Bible from the car.’ Muriel went down the steps to her little old car that was parked on the street. On returning she opened the book at the Psalms and chose one of her favourites:

Do not let me be put to shame.

Muriel read the words slowly, giving them both a chance to savour them, stopping at her favourite line that had brought her so much comfort. My hope is in you all day long.

She left Ouma sitting silently, sensing the shame. Ten minutes later she brought her a sandwich and a sliced Dutch sausage that she might pick at.

‘I’m so ashamed, Muriel. My own son did that. How could God allow it?’

‘The same way He allows all the horrible things that happen, Ouma. Try to keep your hope in Him.’

‘What did we do wrong, Muriel? My son has become such a monster.’ She started sobbing, great dry racking cries.

Muriel held her hand, not saying anything at first. Eventually she opined, ‘God has no grandchildren, Ouma.’

‘Our children cannot inherit our faith. My youngest daughter isn’t a Christian either. They have to go through the same struggles that we did. They have to find God for themselves.'

Ouma didn’t answer until she had hesitantly munched a slice of sausage and a couple of radishes. ‘No grandchildren. Yes, I suppose you are right, Muriel. Still, we hope so much for our children. Now I don’t have a son, or KJ either.’

‘Yes, you do. Don’t stop hoping, Ouma. You will see Klein Jan again, but I have a feeling it might be a long time.’

Hyde Park corner finds Bernard Preston on his soapbox as usual, raising interesting issues. A Family Affair is not a chiropractic book in any sense, though every doctor can relate to tales of an ouma's anguish.

With all the powerful research coming out now, proving how effective Chiropractic is, many medical sites are now giving grudging admission that manipulation may after all have some benefit.

Almost invariably, though patients like Ouma Jansen would be advised that manipulation is too dangerous for their osteoporotic bones. What nonsense! A quick look at my appointment book reveals that over 50% of my patients this week are over 60, the eldest 82, but that's because I'm a bit of an old fart myself!

Obviously we adjust our techniques according to the patient. I wouldn't use the same force and technique for a very large farmer this week with an acute sciatica as for a baby with infantile colic, or an elderly lady with Tietze's syndrome; breastbone pain.

Nutritional corner finds Bernard Preston going on about another of his hobby horses. Ouma's anguish can happen in my ways, like going unnecessarily blind because of a lutein deficiency.

I have a fascination for those foods that enable me to eat cholesterol rich foods like butter and mutton stew, and my beer, yet not have high cholesterol. Many of them are the self same salads that contain lutein, the phytochemical that prevents age-onset macular degeneration.

The superfoods to keep your cholesterol in shape are oats, chickpeas, fatty fish, eggplant, apples and of course all fruit, salad and veg.

This year it's Chickpeas, aka Garbanzo beans, though the "Cicer arietinum" is neither a pea nor a bean apparently. It does, like peas and beans, belong to the legume family, though. I'm having such fun eating and cooking chickpeas ...

More thoughts from the chiropractic coalface; being elderly himself Bernard Preston treats many of those with Ouma's anguish of one sort or another.

Today Bernard Preston features rib pain and its treatment. Chest pain is often thought to be a heart attack in the making, or a hiatus hernia causing heartburn, but the ribs are subject to subluxations too. In fact almost all the ribs have FOUR joints, three with the spine, and one with the breastbone. All can cause very disconcerting pain, around the breasts and sometimes over the heart; and in the midback. 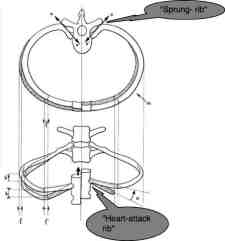 Bernard Preston is a semi retired DC, self confessed choice food fanatic, solar guru and lover of life. It is pure fiction yet Ouma's anguish is nothing unusual.

A Family Affair is his fourth book.