It's not often that I find a book "un-putdownable." But such is OPEN by Andre Agassi, an autobiography.

Starting with Agassi's last days in professional tennis, in agony from a spondylolysthesis, a defect at the base of his spine, on heavy medication to play his last-match, the support from his wife Stephie Graf, a legend in her own right, this is a superbly written book.

Not only is the content fascinating; the inner life of a star sportsman but it is written in such an absorbing style. "Un-putdownable." 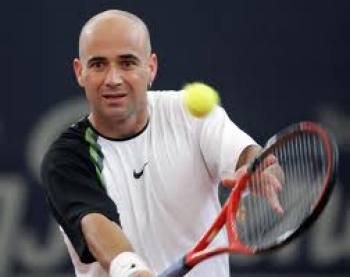 Open Andre Agassi is an autobiography of a man who despite a serious childhood injury known as spondylolysthesis[3] rises to the very pinnacle of tennis. In part his fascination with legumes appeals to me.

The road to stardom is paved with hard work, of course, many knocks and usually the support of a loved one; in his case his brother. It is Philly who keeps him going in the early days, when they subsist on lentils and baked-potatoes.

It's Philly who is there for him when he loses his first Wimbledon in the 1st round, afterwards marching oblivious until he encounters a pack of vagrants in a park; he gives away his awesome array of rackets and gear, vowing never to play tennis again.

Interestingly Andre chooses a quote from Vincent van Gogh in the prelude to Open Andre Agassi; "Do you know what frees one from this captivity? It's very serious deep affection; being friends, brothers and love."

"There's just one problem. We have no money. We subsist on baked potatoes and lentil-soup . Three times a day we bake two spuds and heat a can of generic legume broth.

We then pour the soup over the potatoes and voilà, breakfast, lunch or dinner is served. The whole meal costs eighty-nine cents and keeps hunger at bay for about three hours."

Open Andre Agassi is an intriguing book about relationships, not least his father who drives him mercilessly from early childhood. He grows up to be the most famous tennis player of all time, still the only one to win all four grand-slams and the Olympics in one year.

A fascinating part of the book is his bond with his father, Mike Agassi, a love-hate relationship, with a kind and loving mother in the background, picking up the pieces. Without a doubt it was his dad who does the initial spadework, enabling him to achieve stardom, but at a heavy cost. 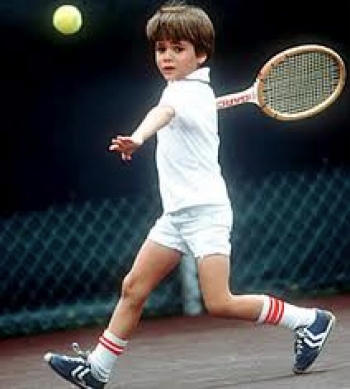 What comes out powerfully into the open is Andre Agassi's loathing of tennis, from the very depths of his soul. He says it many times; what is it that drives the man? Buy the book, you won't be sorry.

What is certain, if you're going to eat it three times a day, lentil protein and potatoes is a heap better food than a hamburger and chips. No doubt if it was cheaper, Philly and Andre would have eaten at MacDonalds but fortunately for them it wasn't. Red meat three times a day is a killer. Malignant tumour or heart attack, one or t'other would have got him.

Interestingly, Agassi reports that lentils keep hunger at bay for about three hours. That's fact. The Glycemic Index of lentils is very low; the gentle release of glucose to the blood stream is just what a professional tennis player would need.

Lentil protein[1] is the future, nearly 10% by weight, as we slowly come to terms with the way red-meat is produced today.

This is the best way to cook lentils; add a piquant-sauce as they really are rather tasteless.

Conversely the carbohydrate in baked potatoes has a very high glycemic index, supplying the energy needed on court, but mixed with the lentil-soup, in the life of a sportsman they make a perfect fit.

But if you enjoy a baked potato and then go and sit and watch TV your blood sugar is likely to rise to dangerously high levels, adding pounds and causing inflammation of the inner lining of your blood vessels.

CARBOHYDRATE COUNT CHART and an understanding of the term Glycemic Index is the way to be able to have your starch and eat it.

Cake, and eat it, alas no, that's not on for anyone except on high and holy days.

Controversially the Banting diet bans all legumes, including lentil soup, because of its carbohydrate.

It is an effective way to lose weight because of the satiety they provide, but we think the modified banting diet makes more sense since it avoids the high animal fat and protein.

It's a confusing subject for the average individual; an understanding about resistant starch and how it prevents a blood sugar surge is how Andre Agassi was able to eat potato, and how we can too.

Copy and paste "modified banting diet" into Site search in the main menu for more information.

Throw in half a dozen green beans to your lentil soup, and it's more nutritious still; your coloured veggies have an array of B vitamins difficult to get for those who have an aversion to their greens.

Green bean and lentil soup is still one of my favourites, particularly, if you're not a vegan, using a chicken-bones broth for stock.

Add just a couple Wimbledon strawberries and icecream, a few eggs a week for vitamin B-12, the odd mutton stew or hamburger, if you must, a raw carrot and a few dark-green leafy vegetables and you have a sustainable diet. I particularly love this broccoli walnut salad.

Oh and a portion of fatty fish twice a week is important for the omega-3; do you know a few ways to cook salmon? And some of these olive benefits[4] or an avocado for the good oils. Those he couldn't afford in those early days.

Copy and paste "strawberries nutrition facts" or "olive oil benefits" into the Site Search tab in the main menu for more information.

It's not curable so a disciplined set of lower back exercises done every morning before arising is part of the maintenance of this condition.

A spondylolysthesis[3] is a stress fracture in the lower back; it's caused normally by a fall in early childhood. The narrow isthmus of bone in the adult was once made of cartilage making it a vulnerable point in the toddler. Baby cries for a few days, and all is then forgotten; until a nagging, aching low back pain begins later in life.

A disciplined, daily set of lower back exercises lasting no more than a few minutes, and an acceptance that heavy lifting is not for one, is the solution; oh, don't ever dream of becoming a professional sportsman.

The exception proves the rule, eh. It is absolutely astonishing what the determination of a human being, like that in Open Andre Agassi can achieve, despite a spondylolysthesis.

For sheer good food, a nutritious soup takes a lot of beating. But don't buy it in a tin or packet; mostly the food companies ruin it with a variety of "permitted" chemicals, including a gross amount of salt.

What is it that has brought on the epidemic of auto-immune disease like diabetes, lupus and multiple sclerosis? We just do not know, but I suspect all the crap that we come into contact with, especially in our food.

And a homemade soup fits in perfectly with our philosophy of nutritious food, made fast; and it tastes far, far better.

Andre Agassi was into a good thing with his lentil soup, just a pity it came out of a can. Perhaps it was one of the good ones. There are some but most are loaded with salt and preservatives.

Here are our EASY SOUP RECIPES.