The servicing of E-cars is very inexpensive.

Yesterday I took Onze Leafy, our beloved E-car for its first service since we acquired it nearly two years ago.

Our battery electric-vehicle's name is a play on words reflecting our sojourn in the Netherlands; “liefie” meaning much loved, but she is a Nissan Leaf, and nearly nine-years old.

A vehicle driven only with battery power is being called a BEV in the literature.

The mechanic said there were only two things that he could find that needed attention. He checked the brake-linings, fine for another year, but blew them out as they were suddenly gripping; and checked the fluid levels.

What was the cost of the service? Zero, he said. He couldn’t charge us for that. A loaf of our special sourdough bread and a bottle of honey completed the deal. 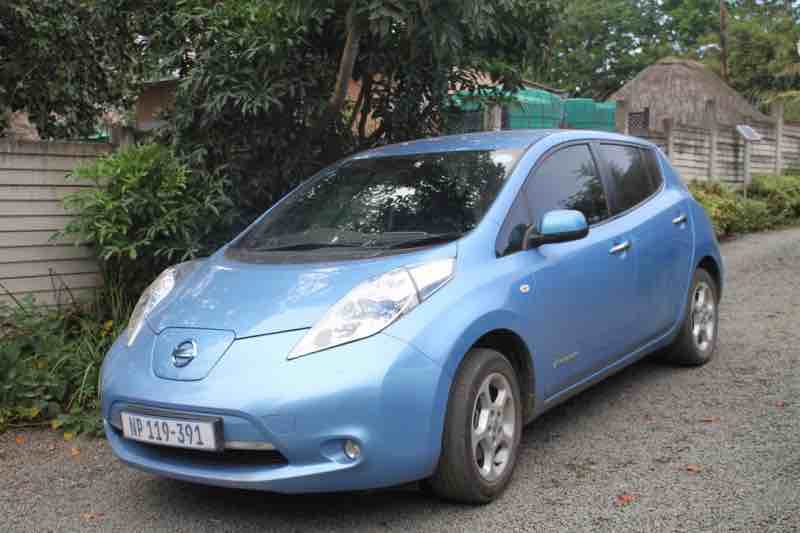 Braking happens mainly in E-cars by reversing the motor into a generator and charging the battery, so the linings seem to last almost for ever.

This Leaf is old technology, first introduced in 2010, with over half a million sold and was only overtaken by Tesla recently as the best-selling electric car. The range is a rather miserly 140km, but the new model can travel nearly 400 kilometres. Still, she is perfect for an "around the block" commuter vehicle; hopeless for getting to Gauteng.

We were very lucky to acquire her, with an upgraded battery to boot, for a very modest sum; less than 100 new BEVs were sold in SA last year. Different figures are bandied about, but certainly there are less than 7,000 emission-free cars in total; and they are extremely expensive.

In comparison a brand new Leaf, after environmental deductions, sells in the US for under R300,000. Despite a glowing “green transport strategy” and duplicitous-words from the president last week, the tax on an E-car is that of a luxury vehicle; you are unlikely to see a new BEV in SA for sale much under a million rand.

The state is clearly terrified of losing its fuel-levy of around R8 for every litre.

Greenhouse gas emissions in SA are thus predicted to double in the next 30 years.

They have already doubled in the last 20 years. Care of the environment is not very high on this government's agenda.

A South African company called Optimal Energy did start developing the Joule but, requiring R9-billion for commercialization which the state certainly wasn’t going to provide, the plan failed. Some idiot remarked, “The venture failed to demonstrate any economic merit or sustainability,” according to Ethan van Diemen, writing in the Daily Maverick.

That fool clearly knows absolutely nothing about the devastation that greenhouse gases are wrecking on climate change and indeed the health of people who have to breathe in petrol and diesel fumes. Was the air in Pietermaritzburg not beautiful during lock-down?

Onze Leafy plugs into a normal 15A socket, drawing about the same as a kettle, 2kW, adding about 15km of range every hour; around R27/100 kilometres. For those able and willing to harvest the energy from the sun, it is free of course; charged in the middle of the day when there is excess power from the solar generator, it's a breeze for most inverters.

A small solar-panel on the roof of the Leaf helps when traveling or parked in the sun. There are very few public charging-stations, so it remains an "around the block" car, but that is rapidly changing worldwide, but not yet in SA.

It also has a fast-charge facility; half an hour to 80%, but stations are currently few and far between. 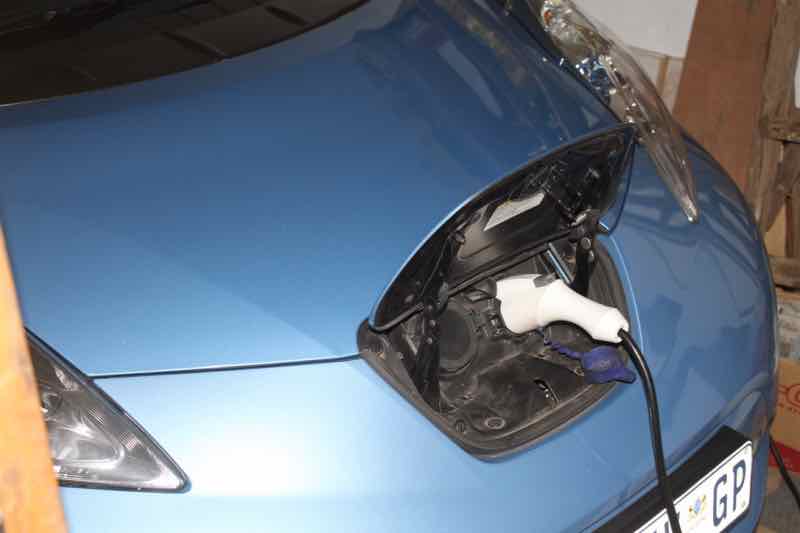 Very low running-costs and minimal servicing expenses are the order of the day; it makes you think, I hope. Remember the battery is only guaranteed for seven years, depending on how you care for it; it will then be used for storing more energy in our home where large amounts of instant power are not required. We are hoping it will last longer, but it remains a significant cost for the future.

One of the big features of the Leaf is safety; it is a solid-vehicle with incredible acceleration for passing. It is by far the nicest car to drive that I have ever owned.

Unfortunately not many of you reading this are likely to own a BEV in the foreseeable future, but start planning on it. The government will eventually change its contrary attitude and I’ve seen other second-hand Leafs for sale.

Clearly electricity outages are only going to get worse. A more sensible first step would be to install a solar generator; it’s such a joy not being affected by load shedding. It is not just a great financial investment, but may save you from going stark-staring mad; and you can charge your E-car for free.

The low cost of servicing of E-cars is one of the great savings, particularly if you can also charge it from a solar generator; do you have surplus power in the middle of the day? 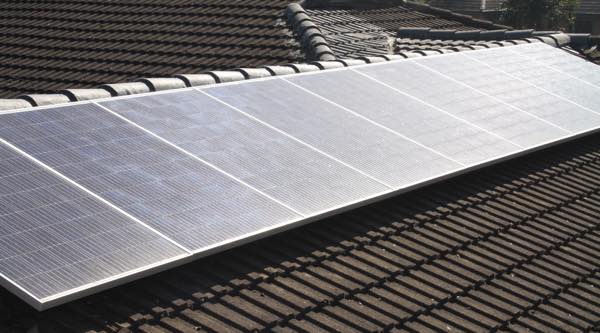