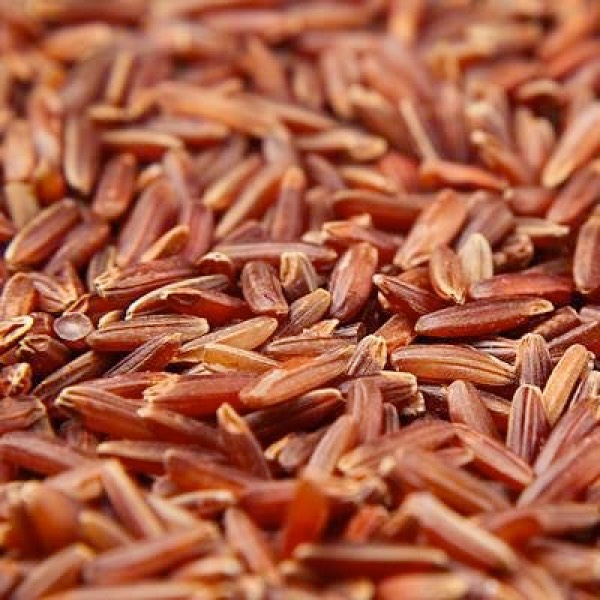 Red yeast rice is a dietary staple in some Asian countries, and reportedly contains several compounds that inhibit cholesterol production. This new study supports similar findings for the ingredient, with American researchers reporting in Annals of Internal Medicine that it could indeed help reduce blood lipid levels in people intolerant to statins.

This page was last updated by Bernard Preston on 16th January, 2019.

It's generally assumed that if your cholesterol is significantly raised you have to take medication or risk having a stroke or major cardiovascular disaster.

The question is whether there are simple dietary changes and natural substances that are as effective.

Humans are usually very reluctant to make dietary changes. They would rather take expensive medication and risk the extremely deleterious side effects than give up their favourite foods.

Perhaps more important, are there other natural foods that we could start eating that would obviate the need to give up our favourites; like red yeast rice, for example?

Red yeast rice is a natural nutritional supplement for those with high blood fats. Research shows that taken with fish oil and some lifestyle changes not only was the drop in cholesterol even greater than Simvastatin but there was also significant weight loss.

Simvastatin vs therapeutic lifestyle changes and supplements[1] is a randomized primary prevention trial, reported in the journal Mayo Clin Proc; you could google it and find the abstract yourself.

Here's a summary of their findings. It's a randomised trial using over 70 patients with raised cholesterol. They compared these three interventions, with Simvastatin.

The above intervention was more effective in lowering LDL-C than statins.

Perhaps more important is that on the conservative treatment, patients' triglycerides dropped by 29% and they lost on average 5,5% of their weight.

Pending confirmation in larger trials, this multifactorial, alternative approach to lipid lowering has promise for a subset of patients unwilling or unable to take statins.

Dietary supplements of red yeast rice may lower LDL cholesterol levels by 21 per cent, and offer a blood lipid lowering alternative for people intolerant to statins, says a new study.

Reductions in total cholesterol levels of 15 per cent were also reported, and 92 per cent of participants tolerated the dietary supplement, according to findings published in the American Journal of Cardiology.

Only recently the European Commission’s Standing Committee on the Food Chain and Animal Health in Brussels deemed the ingredient to not be a "novel food", a decision that facilitates the use of the ingredient in dietary supplements without having to undergo novel food approval.

Consideration of the ingredient’s status was requested by the EU headquarters in Brussels, and Italy confirmed that food supplement products containing the rice were indeed on the Italian market before the Novel Food Regulation entered into law in 1997.

Led by Dr Paul Thompson from the University of Connecticut, the researchers collected data on 25 people who received red yeast rice supplements for at least four weeks, based on patient charts. All the patients were intolerant to statins, and noted adverse effects including muscle pain and gastrointestinal intolerance. (BP: do you have other bad side effects since taking statins? Aching legs? Loss of libido or even impotence?)

Led by Dr Paul Thompson from the University of Connecticut, the researchers collected data on 25 people who received red yeast rice supplements for at least four weeks, based on patient charts. All the patients were intolerant to statins, and noted adverse effects including muscle pain and gastrointestinal intolerance. (BP: do you have other bad side effects since taking statins? Aching legs? Loss of libido or even impotence?)

The authors also noted the key limitations of their study, including that it was “small, unblinded, uncontrolled, and retrospective”. They also note that patients selected their own rice preparation.

Do you know what the high cholesterol symptoms are?