A review by Mike Smallbones of a new kind of Christianity by Brian McLaren.

Ten Questions That Are Transforming the Faith

This book is not for the fainthearted. McLaren is not one to shy away from tough questions and to suggest some tough answers, or at least suggest what the Church needs to consider more seriously than presently is the case.

I have always enjoyed Brian McLaren's books, and learnt a tremendous amount from them. Unquestionably he is a radical thinker, and regarded by many evangelicals as a heretic, if not the devil himself. There are a number of very negative reviews of this book in the internet. 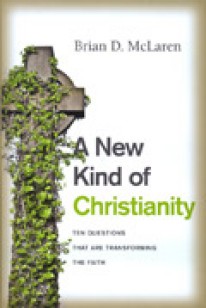 McLaren raises 10 questions in A New Kind of Christianity, including:

McLaren has done a lot of research and A NEW KIND OF CHRISTIANITY is well written and easy to read. You may not agree with his conclusions, but I hope you may enjoy the mental and spiritual stimulation and enlightenment as much as I did.

I suppose that one of the reason that I so appreciate McLaren and his writings is that he raises issues which I have come to ask more and more as I have criss-crossed Africa in my ministry. To be honest I am ashamed very often to call myself a Christian, and are very uncomfortable being referred to as “a missionary”. I have often shaken my head in sadness and asked what have we done to Africa? I refer to evangelical (particularly, because that is my theological tradition) missionary activity throughout the continent.

There are millions of so-called “born again Christians” who are very little different from the rest who make no such claim.

Corruption is rife in some Christian circles, tribalism equally so, the sophisticated lifestyles of leaders, even in the Church, mean that there is very little impact on the communities. McLaren’s writings have helped me to have renewed faith and confidence in the gospel Jesus introduced – the Good News of the Kingdom of God. We need to get back to that.

I haven't read McLaren's book, but I instinctively think it's a book I should read. In the same way you wouldn't suggest a child in grade three should read Macbeth, this clearly isn't a book for young Christians.

But for far too long, the evangelical church has been demanding that Christians mature in the faith should stick to "Gentle Jesus, Meek and Mild" books.

Mature Christians shouldn't just be worshiping what is known, but rather reevaluating the way things have been done in the Church. Even to question what we know to be true.

Both Mike Smallbones and I grew up in a country where evangelical Christians brought not only the gospel but sought to enforce Western codes of morality and thinking. How corrupt! As if everything Western was and is Christian. We also saw how sincere Christians dreamed up Apartheid, justified it Biblically and enforced it on South Africa. Now the chickens have come home to roost, and we cry out; God, where are you?

So too a thinking, mature Church would never have let Pope Gregory VII commit the unthinkable sin, one is tempted to say unpardonable, but that it was not (barely), though it has caused untold suffering for a thousand years. He excommunicated all married priests. Problem solved! Those chickens too are coming home to roost within the Church. And still the Roman Catholic church doesn't have the theologians who have the temerity to call for a return to the godly first millennium practice: a married priesthood.

Thank you Brian McLaren for asking the questions we would rather you didn't ask. A few centuries ago we would have burned you at the stake, without the option of being first strangled! Just as surely I expect, some Christians will try to strangle you in one way or another! 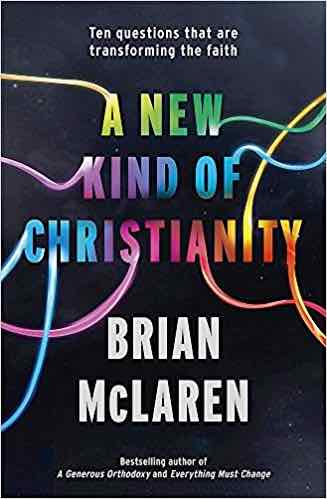