Electric vehicles like it or not, just as with photography and eBooks, are the future. The world has taken to digital cameras like a duck to water, but publisher greed and our love of a friendly, in-hand tome or newspaper has proved more seductive.

Despite that the sale of eBooks has surpassed hard-copies.

Ebooks should be a tenth of the price of a paperback. There is no need for a mall-store, delivery charges or pulping of unsold books; and fewer salaries to be paid.

It is all profit yet very quickly eBooks became as expensive, and sometimes even more costly than a real-paperback. 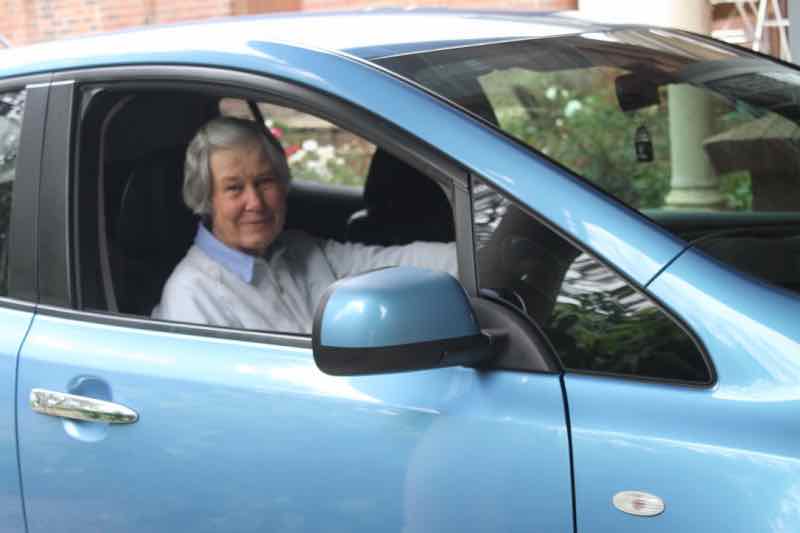 But let us get back to EVs; they are proving problematic not just in South Africa, but the whole world. Again it is greed that is holding them back. Nevertheless, they will not only reduce greenhouse gas-emissions and benefit consumers in the future against climate change but immediately in fewer toxic exhaust fumes too.

On a personal note turning over a blue Leaf has been an electrifying experience; it is the best car I have ever owned, by a long mile. It is a great privilege to be one of less than 800 South Africans who own a battery electric-vehicle, or BEV as it is known.

In Norway for example because of government incentives, over half of the vehicles are now electric. But according to Luke Feltham, writing in the Mail and Guardian there are less than 1000 BEVs in South Africa out of 12.5-million cars.

In fact according to Hiten Parmar only 710 in total have been sold up to the end of June, 2021.

The reasons are complex but at the top of the page is that the government, despite having committed at the Paris agreement to having 3 million EVs on the road in thirty-years time, is dragging its feet; it is making life very difficult for middle and lower income South Africans.

Those wanting to move to a car that will contribute to the solution of climate-change, rather than adding yet more to the problem, will simply have to pay extra and there will be no state rebates.

The import-tax on an EV is nearly 50-percent more than that on a petrol or diesel car. This is made up from customs, excise and ad-valorem duties; plus VAT. There are government disincentives to manufacture in SA according to the BMW CEO. The troubles at Eskom are no doubt part of the problem.

The government appears to be determined to keep EVs out of the mass-market, with only luxury cars available. Bloomberg predicts that from 2023 internationally a BEV will cost no more than an ICE vehicle[2]; that remains highly unlikely in South Africa.

Despite that we now have our own Nissan Leaf; it is seven-years old which means a relatively small battery, old technology and limited range. The upside is that it does not come with all the bells and whistles. I can park my own car, thank you very much, though a few more cameras would be nice.

These are the figures established at the end of June, 2021 in South Africa.

In comparison in Europe there were 1.3M electric cars; in 2020 alone they surged to 11% of passenger vehicle sales, slightly more BEVs than PHEVs.

The target is all cars by 2035 must have zero emissions; no new petrol or diesel vehicles[1] to be sold.

Battery technology has improved distinctly. Despite making the vehicle heavier energy consumption of BEVs has dropped from 264 to 170 kWh.

Scandinavian countries lead the pack of electric vehicles in 2020.

In the month of July, 2020 only 4.4% of the vehicles sold in Norway were petrol or diesel.

"With an extra luxury goods levy on top, a whopping 42% of an EV’s price tag in South Africa is tax."

The Renault Zoe electric vehicle gets the equivalent of a R65,000 rebate, known as a plug-in car grant, from the British government to encourage buyers. That means it is priced in the UK at under R350,000.

Alas Renault has no plans to bring it to SA.

The above car is our Nissan Leaf; the E-car has landed.

Electric-vehicles require far less maintenance so manufacturers are unable to make a profit out of servicing EVs; they are only building very sophisticated and expensive cars and motorcycles.

Starting at around R700,000 for the Nissan-Leaf they are far out of range for the majority of South Africans; it is little wonder that so few are being sold.

The Zero electric-motorcycle[4] again is a very fine machine with great range, incredible acceleration, but priced around R200,000 is just out of reach of the average South African.

Cost to charge an electric vehicle

If electricity costs R1 per kWh, and a small car uses 20-kWh to travel 100 km, then that is R20; that is about one fifth of the price of petrol.

To charge a Nissan Leaf Plus, with a range of about 300-km, having a 62 kWh battery, would cost around R60 if completely flat; that is enough for a week for the average commuter.

It could be charged only over the weekend.

It becomes even more interesting for those who have gone solar, whether off the grid or not. Generally speaking there is excess power during the day which could be used to charge your EV for free. It takes around 8-hours.

VW made its name originally by producing a people’s-car in the Beetle; mass produced, and low in technology, it was affordable for the majority. I wonder which manufacturer is going to be the first to come to the party.

The cheapest EV in South Africa remains the Nissan-Leaf. Whilst older models have very limited range, owners seem not to be unhappy.

"We basically charge it from the sun,” says Kim Lord from Somerset-West of his 2014 Leaf, with a range of 120km, using a 24kWh battery. "The other thing is the maintenance on the car is so low. There is no oil, plugs, or fuel engines to deal with. Even when I take it in for a service it is a quick process; all they really have to check is the brake pads."

"And because of regenerative-braking, you do not actually use them that much. In my experience, everything seems to just last forever on these cars."

Because of problems with the battery overheating, Nissan have withdrawn the Leaf for the time being, and will introduce a new model in 2022 with a 62kWh lithium-ion and a range of 384km.

Hopefully the new battery will be liquid-cooled. But at what price will it come onto the market?

Governments world-wide generate a lot of their income from a fuel-levy. Also it pays for the road accident fund. Changing over to an electric vehicle would enable you to duck around these costs, but not for long one suspects. Perhaps the licensing will be more.