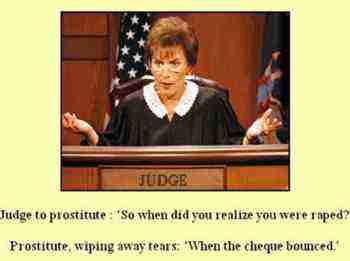 BEST MEDICINE has long be known to be a good giggle. Promise, you won't be disappointed!

This page was last updated by Bernard Preston on 1 December, 2018.

Bernie feared his wife Helen wasn't hearing so well and he thought she might need a hearing aid.

Not quite sure how to approach her, Bernie called the family medical doctor to discuss Helen's condition; yes, chiropractors have a family doctor too. His doctor told him there's a simple test that any husband could perform to give the him a better idea how serious Helen's hearing loss might be.

Here's what you do, said his doctor, stand about ten metres away from your wife, and in a normal conversational speaking tone see if Helen hears you. If not, go to eight metres, then six metres, and so on until you get a response. For our American readers a metre, spelt meter in the States, is about three feet.

That evening, Helen is in the kitchen cooking dinner, and Bernie was in the computer room writing his blog. Bernie says to himself, I'm about ten metres away, let's see what how bad Helen's hearing really is. In his usual voice Bernie calls out, Darling, what's for dinner?

There's is no answer.

So Bernie stalks closer to the kitchen, about 10 metres from Helen and repeats, Helen, what's for dinner?

So Bernie walks to the family room where he is about seven metres from Helen and asks, Darling, what's for dinner?

Again Bernie gets no answer.

So, he walks up into the kitchen, about three metres away from Helen. Darling, what's for dinner? he asks for the fourth time.

Again there is no answer.

So Bernie walks right up behind his wife. Peg, what's for dinner for heaven's sake?

For fuck's sake, Bernie, for the fifth time, it's mutton stew.

Seriously, red meat can be healthy. If you add sufficient onions, peppers, chilies, carrots and chickpeas; that's where all the phytosterols are. It's the anti cancer stuff.

Just type in whatever you are searching for. 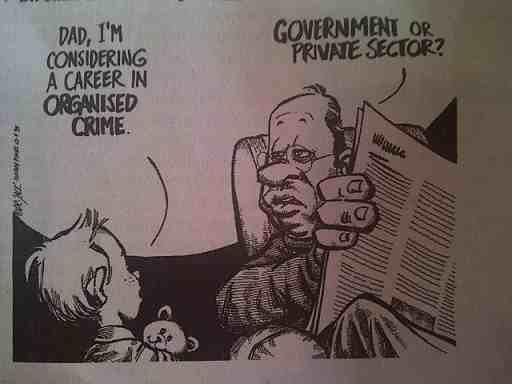 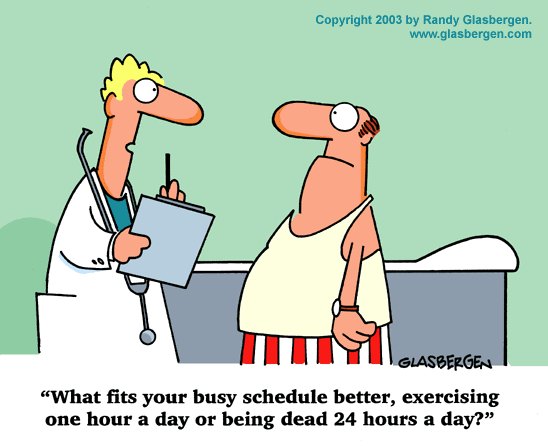 Enjoy travelling? Been in Continent?

I have been in many places, but I've never been in Cahoots. Apparently, you can't go alone. You have to be in Cahoots with someone.

I've also never been in Cognito. I hear no one recognizes you there.

I have, however, been in Sane. They don't have an airport; you have to be driven there. I have made several trips there, thanks to my friends, family and work. I live close so it's a short drive.

I would like to go to Conclusions, but you have to jump, and I'm not too much on physical activity anymore. I have also been in Doubt. That is a sad place to go, and I try not to visit there too often.

I've been in Flexible, but only when it was very important to stand firm.

Sometimes I'm in Capable, and I go there more often as I'm getting older.

One of my favorite places to be is in Suspense! It really gets the adrenalin flowing and pumps up the old heart! At my age I need all the stimuli I can get!

And, sometimes I think I'm in Vincible but life shows me I'm not.

People keep telling me I'm in Denial but I'm positive I've never been there before!

I have been in Deepshit many times; the older I get, the easier it is to get there. I actually kind of enjoy it there.

And, so far, I haven't been in Continent but... my travel agent says I'll be going soon. (Can't wait!)

Rearrange the letters to spell out an important part of human body that is more useful when erect! P N E S I

…those who spelt spine became chiropractors...the others are my friends...

If the light stays on for more than four hours we recommend you call the erectrician!

Want to prevent prostate troubles? A tomato a day... and this hot ketchup comes highly recommended as a viagra alternative. 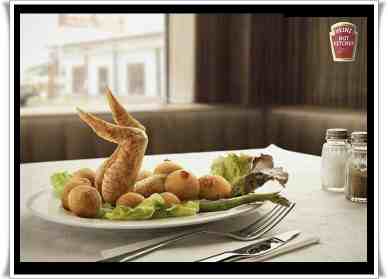 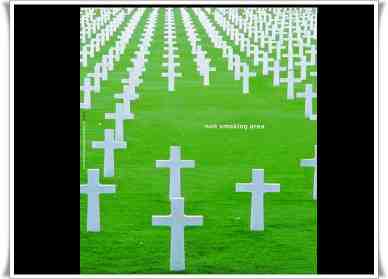 Find the links to those topics highlighted in bold by copying and pasting into the Site Search function in the navigation bar on your left. 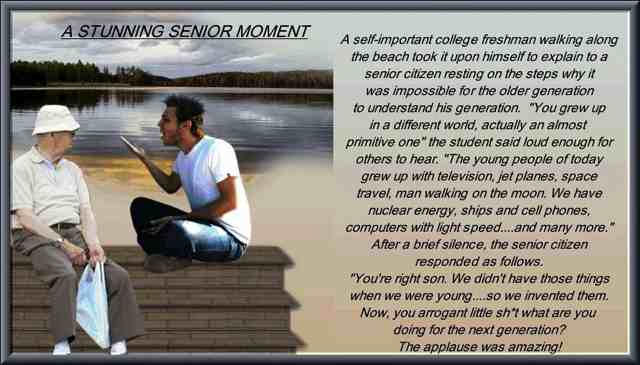 In the current downturn state departments have been concerned at the indecent profits being declared by the quacks. So they weighed in with a new austerity package but....

The acupuncturists completely missed the point.

The Allergists voted to scratch it, but the Dermatologists advised not to make any rash moves.

The Chiropractors had a crack at it whilst the Homoeopaths were disappointed at the diluted package.

The ENT people thought it all smelled a bit fishy and the Dietitians couldn't stomach one bit of it.

The Gastroenterologists had a sort of a gut feeling about it, but the Neurologists thought the Administration had a lot of nerve.

The Obstetricians felt they were all labouring under a misconception.

Pathologists yelled, "Over my dead body!" while the Pediatricians said, 'Oh, grow up!'

The Physiotherapist decided they had better muscle in on the act whilst the Orthopods certainly felt that they had a bone to pick with the Minister in charge.

The Pulmonologists were left quite breathless by their audacity.

The Psychiatrists thought the whole idea quite mad, while the Radiologists said they could see right through it.

Rheumatologist were just a bit stiff about the whole affair, but the Surgeons decided to wash their hands of the whole thing.

The Internists said it was a bitter pill to swallow, and the Plastic Surgeons declared: "This puts a whole new face on the matter."

The Naturopaths felt sure that it would lead to a whole new less-pleasing lifestyle.

The Podiatrists thought on the other hand that, for them, it was a giant step forward, but the Urologists were totally pissed off at the whole idea.

The Anaesthesiologists thought the whole idea was a gas, and the Cardiologists didn't have the heart to say no.

In the end, the Proctologists won out, leaving the entire decision up to the assholes on Capitol Hill. 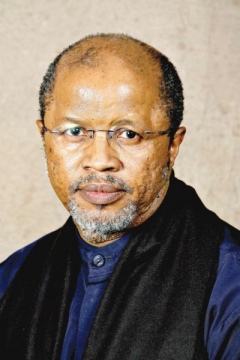 Deputy Minister of Health, Dr Molefi Sefularo, has decided the best medicine in South Africa would be to close down all the hospitals. “We know that since the introduction of Dr Manto's beetroot treatment for HIV under the former Mbeki administration, that the incidence of nosocomial drug-resistant TB infections has soared and we have have failed to measure the extent of that problem. We don’t know how many people died from hospital-acquired infections and we are failing to measure the presence of these bugs,” he says. 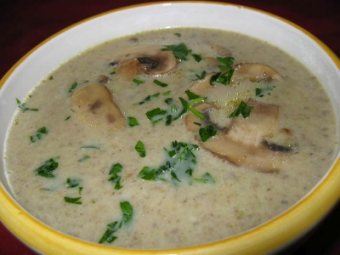 Third best medicine, and best chiropractic is make sure the HYALINE CARTILAGE in your body is being well fed. It has no blood supply of its own, so fixations in the joint that reduce the free flow of synovial fluid in the joints causes arthritis, and quite quickly. In white mice it starts in 13 hours.

and the omega-3 fish oil and freshly ground flaxseeds health benefits have been proven to help with arthritis and hyaline cartilage ...

Fourth best medicine and second best chiropractic is to keep in motion. Oodles of research now showing that exercise, be it walking, cycling, swimming ... all sports have enormous benefits, and couch potatoes die a lot sooner, and suffer more pain.

If a laugh-a-minute doesn't help, try Omega-3 rich foods and delic stuff like our apple diet for best medicine. That alone would make an enormous difference to your own health and your child's dyslexia for attention-deficit. Growing butternut squash and making your own easy Butternut Squash SOUP is scientifically proven stuff.

After laughter, the best medicine is to eat from a wide range of foods. Mushrooms, along with tomatoes and phytosterols, are great news for protection against the nastiest of cancers - yup, the one that strikes fear into the heart of every hot-blooded male. Prostate cancer, it goes hand in hand with... impotence. And those wives who at sixty plus who still enjoy their sex! Look after your male, give him mushrooms, tomatoes and avocados on a regular basis. MUSHROOM SOUP RECIPES