Beer makes a good servant but

Beer makes a good servant but a very bad master.

“Mr L, I’m sorry, but this pain in your sacro-iliac joint just doesn’t present in the normal way. There’s something odd about it; tell me again.”

“Well, it all started very suddenly, and for no reason. I hadn’t been gardening, or on a long journey. I haven’t turned the mattress this week, the wife and I haven’t indulged.”

I nodded, trying not to grin. Amazing how often men have lower back pain after sex. Then I know they’re not doing their exercises before going to sleep! “Describe the pain for me.”

“It’s severe. The worst pain I’ve ever had.” 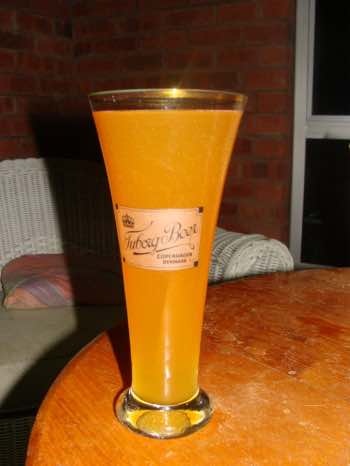 “Now wait a minute, when you had the pain in your right shoulder, um let me look… oh, yes, a year ago, just before Easter, you said that pain was the worst you’d ever had.”

“True. And that pain in my middle finger, that was bad too.”

“Odd that was exactly two years ago. Well, anyway,” I said to Mr L, “this just doesn’t present like a chiropractic problem. So, I’m not going to adjust the joint.”

“Oh, please, anything for some relief. Last night the only relief I could get was to lie on my hand on the other side, and lift that hip up off the bed.”

“Gosh, and how long did you lie like that?”

“As long as I could, then I’d collapse on the bed again, the wife would bring me another ice pack, or I’d get up and roam the house. Bed, that was the worst.”

“Look, I hate to say this, but take a couple anti-inflammatories for three days, and let me see you on Thursday. We may need some X-rays.”

I answered evasively. You don’t want to tell the patient he might have cancer, or something else bizarre, without good reason. “I just don’t have a diagnosis, and this worries me. Your prostate okay? How many times a night do you get up?”

“Well, you may have to see a urologist too. That’s getting to be quite frequent.”

Three days later the mysterious pain had gone, just like the pain in his thumb and shoulder.

It was whole year later that I noticed Mr L’s name in the appointment book again. Oh damn, I wonder what he has got this time, I wondered, watching him hobbling down the corridor to my office, slipper on his left foot, obviously in severe pain again.

Gingerly Mr L eased his slipper off, grimacing. If I’d switched the light off, I’m sure I would have been able to see it glowing in the dark. Red-hot, swollen and inflamed. In fact the swelling affected the whole foot, and there was redness beginning to stretch up his leg. 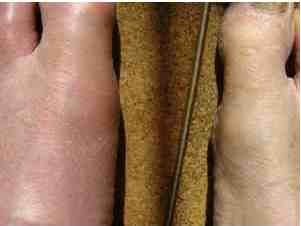 “Gout! But I don’t drink red wine. I’m not much into red meat, and we don’t eat that rich French cuisine!”

Mr L hung his head. “I’ve been drinking too much. You’re right, and we had mushrooms this week.”

He nodded. “Two quarts a night.”

“During the day? Ever get drunk?”

“No, I never drink in the day. And I don’t get drunk but the good wife says I do get silly. And I’m in bed and asleep by eight thirty.”

“Why so much, Mr L? You do realise this means you’re an alcoholic?”

“I s’pose… but I never get drunk. And I never drink in the day!” he added hotly.

I nodded. “But nevertheless, it’s obviously the cause of all these bizarre pains you’ve been having.”

“Why not? Beer’s the major cause of gout.”

“Because I stopped three days before this began.”

“Look, I know I’ve been drinking too much and, just to prove to myself, and she who must be obeyed, that my beer still only has servant status in my life, I quit every year for Lent.”

I knew Mr L was quite religious. “Mm…” I said, musingly. “So you quit for about six weeks every year. That’s good.” Turning to my computer, I googled “lent” in search of the dates.

“By George, every year we have a pancake evening on Ash Wednesday, and I always choose the mushroom filling.”

“That’s the beginning of Lent.”

Checking his file against the dates on Google over the last few years, sure enough, three to four days after Ash Wednesday, Mr L was man-down.

“But why after I quit the beer? Next year, instead of taking the damned pills, I’ll just start the beer again!”

Beer makes a good servant but a very bad master.

We laughed together, easily. “I think I have it. It is probably partly the mushrooms, but the major factor is that every year, at the beginning of Lent you drink two quarts less liquid every night. That’s what washes away those uric acid crystals that are being imbedded in your joints.

“I’m just not going to give up beer for Lent any more. It hurts too much; perhaps chocolates next year. And mushrooms,’ he added, jokingly.

I smiled. “Seriously, it’s good that you can give up your beer cold-turkey like that. But still it’s far too much alcohol, too much hops. So, between every glass of beer, have a glass of water, and try and stick to one quart.

“Right, I’ll start tonight,” he said with a wink.

“But it’s Lent! It is indeed good to prove to yourself that beer is your servant, not your master. But do go on having two quarts of water every night through Lent.

“Ice it, sleep with an icepack on it, in a sock, and take one anti-inflammatory every night before bed. Will you phone me in a week please.”

Mr L nodded, giving me a sheepish smile, and left. He phoned a week later, the pain in his toe nearly over. And added, “I don’t know if I told you doc, but I get severe heartburn at least two or three nights a week, and have to sit up for two hours. In fact it was so bad, I had to have a gastroscopy. My doc was worried about cancer. Gave me a sore throat for two months. Well, since I stopped the beer, guess what? I’ve just realised, in Lent I don’t get heartburn either! And I don’t have to get up at night to pee.
“You writing another one of your damned blogs?”

I nodded, glancing up at she who is always right.

“Who are you writing about this time?” she demanded imperiously.

“Me!” I dared not mention that my heartburn was a matter of the past. The I told you so’s would have gone on for months!